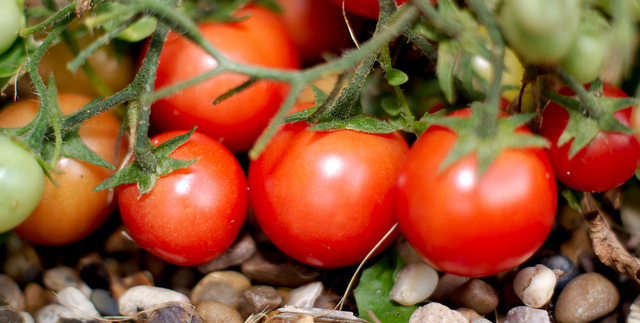 These "farm to prison" programs are popping up in states as far-flung as California and Vermont, with inmates growing thousands of pounds of potatoes, carrots, beets and even apples to feed themselves and to donate to food banks. (Andy Rogers, Flickr/Creative Commons)

UNEAU, Alaska (AP) — In a twist on the popular farm to table movement that has swept the country, with restaurants and cities promoting ways to bring fresh-from-the-dirt produce directly to consumers, state prisons are experimenting with ways to bring produce grown by inmates to their own kitchens and even out into the community.

These “farm to prison” programs are popping up in states as far-flung as California and Vermont, with inmates growing thousands of pounds of potatoes, carrots, beets and even apples to feed themselves and to donate to food banks.

That’s the dream of a dedicated band of staff members and inmates at Lemon Creek Correctional Center, with the help of the Juneau Re-entry Coalition.

Old-timers might remember decades ago, LCCC had a garden and a large potato field. More recently, there were two greenhouses with water and power on pads in front of the prison, but those blew down in a windstorm and were not replaced.

But the Prison Garden Project is aiming to change that, with an ambitious multi-phase plan that started with revitalizing its existing, smaller greenhouse and, eventually, resurrecting the potato field and the larger greenhouses with a view to generate income by selling flowers and starts, and help feed the community.

Expanding the garden at Lemon Creek seemed like the perfect project to take on, explained Teri Tibbett, who is a member of the steering committee for the re-entry coalition, as well as the advocacy coordinator for the Alaska Mental Health Board and Advisory Board on Alcoholism and Drug Abuse.

After all, she said, Alaska Department of Corrections Commissioner Dean Williams talked extensively during the legislative session about fostering meaningful activity such as getting gardening.

Education coordinator Kris Weixelman had been managing the greenhouse donated to the prison by the Rotary Club in 2012, with the idea of making it an educational tool for inmates. Last year, she had a small group of inmates working in the garden; with all the sun that graced Juneau that summer, she laughed, “everything we planted worked — every seed sprouted.”

But, Weixelman explained, the garden project needed some help, with tools desperately needed to improve the sandy, rocky soil in the outside beds, as well as gear to extend the growing season inside the greenhouse.

After a discussion with Tibbett, Weixelman put together a wish list, and the re-entry coalition donated $1,000 to the garden project, which was spent at Home Depot to buy items that included soil, fertilizer, seeds and equipment such as sprayers, grow lights and faucet timers.

But, Tibbett noted, the garden still needs “a whole bunch of stuff,” including a tiller. To that end, she has launched a GoFundMe page for Phase Two of the garden project, preparing the front lot of the larger garden for potatoes.

By next spring, the garden project hopes to be ready to plant the front lot and even, possibly, replace the two missing greenhouses in front.

“Right now, the greenhouse has some tomatoes, peppers and cucumbers going,” Weixelman said during a visit to the prison garden earlier this week. “We want to get more going this winter. We have a hydroponic system, and lettuce is easy to grow.”

The inmates involved in the garden have been busy lately digging rocks out of the outside beds and ameliorating the poor soil with compost, she said, adding, “We’ve got it looking good now.”

Weixelman recently acquired some worms for the garden, laughing that “Anytime I can get something free, I’ll take it.”

The inmates who participate in the garden really get into it, she said.

“It’s fun to watch them get so excited, getting in the dirt, like ‘Look! We have a tomato! It’s growing!'”

‘THE BIGGEST WORD IS HOPE’

The goal of the Prison Garden Project, says Tibbett, is to provide a meaningful, productive activity for inmates that will also be good for the community.

Gardening can give the inmates life skills to help them transition to the outside world, she said, as well as practical job skills that could translate into employment in the landscaping business.

“It gives them a purpose — and hope,” said Kara Nelson of Haven House, one of the co-chairs of the re-entry coalition.

“Recidivism is such a huge problem in Alaska,” Shriver says, adding, “Individuals keep coming back because they feel like there is nothing for them.”

“The coalition is trying to create an environment where there is hope for a better future,” he explained. “It doesn’t do anyone any good to sit in their cell 23 hours a day. If we engage the individual, we can provide them with some hope, provide some skills and teach them to give back to the community. That gives them a sense of purpose, a sense of satisfaction.”

Giving back gives them the ability to heal from the guilt caused by their actions, he says — to “shed a good light” on themselves.

Shriver point to the success of a flower garden at Hiland Mountain Correctional Center in Eagle River, saying he hopes Lemon Creek can offer starts and flowers in the spring, and generate some revenue so the garden can be more self-sustaining.

“I’m really excited about what we can do in the future,” he said.

Weixelman said she would love to get so successful that the garden is able to donate produce to the Glory Hole, for example.

“If you can do this, not only can you feed yourself, you can feed other people,” she said. “That’s a pretty powerful statement, to be able to feed your family.”

Shriver said only a small group of inmates is involved at present, but he hopes to get as many involved as possible.

Weixelman put out a call and got a list of 80 inmates who were interested; she has whittled that down somewhat, to about 50, she said.

“It gives (the inmates) a good opportunity,” she said. “Everyone gets that chance, to do something right and be good. This can motivate people.”

One inmate who just got involved was constantly getting written up, Weixelman said, adding, “He came out and worked hard — it’s a good start.”

Nelson, who makes no secret of her own stint in prison, said many inmates just want a sense of purpose and something that can give them a sense of ownership.

Stiers, who proudly shows off a blister on his palm caused by digging out rocks from the garden beds, sees working in the garden as helping give the prison inmates a good name.

“Here at Lemon Creek, we’ve got a stigma,” he said. “Everyone thinks we’re drug addicts and losers.”

Working in the garden is a concrete form of rehabilitation, he says, rather than just “warehousing” people.

“A lot of the guys here, they’ve never had a job,” Stiers said. “This teaches them a work ethic.”

Guthrie says just the physical act of being outside and away from the noise and turmoil of the prison dorm is therapeutic.

And, he added, “Being responsible for growing something, that’s exciting.”

Guthrie said checking on his plants and keeping a log of what they did was a “cool learning process.”

“I lost a lot of peppers,” he said ruefully. “It’s trial and error.”

“A lot of error,” interjected Stiers with a laugh.

“It keeps me out of trouble,” Guthrie concluded.

Learning to be responsible for something is a big step, Stiers said.

“Just being motivated, having the drive to do something, it’s healthy — and getting away from all the drama . is a reprieve,” he said. “And being able to enjoy the fruits of our labor. It sounds cliché, but it is really therapeutic — it’s good for you mentally and physically, and I suppose spiritually.”

Getting enough money to start the potato field and the two new greenhouses would be a true blessing, Stiers said.

“It gives people a reason to be good, to help others and help ourselves at the same time,” he said. 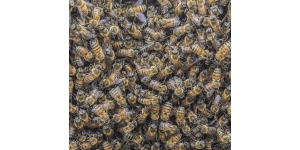 Beyond a 'feel-good' program

ATHENS, Ga. — “I was one of those teenagers — I wanted to be an actress. I went to college for theater but dropped out and got on drugs.” This is certified beekeeper Joy Ishi (Cornett) Smith’s story. Or it was for a while. After dropping out of college, Smith’s life continued a downward spiral, […] 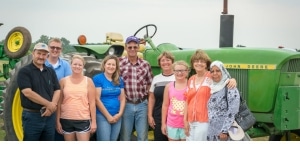 MANHATTAN, Kan. — A lot of us come from small towns—where there’s maybe one stoplight (if even that), a lot of dogs and a good amount of good people. Our small towns in Kansas see community involvement with fairs, church activities and school support. Sometimes, the efforts made in small towns by small-town folks even […]

Tracking down the jumping genes of maize