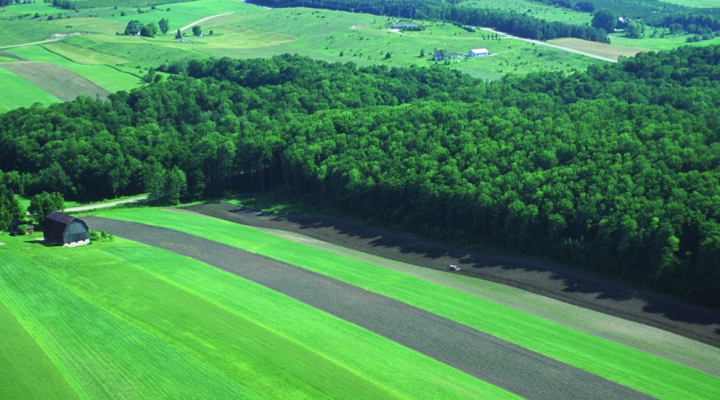 SPRINGFIELD, Ill. — The Association of Illinois Soil and Water Conservation Districts (AISWCD) held its 71st Annual Meeting & Summer Training Conference earlier this month. The event provided an opportunity to recognize key individuals for their commitment to soil and water conservation issues across Illinois. This year’s award winners include the following:

LEGISLATOR OF THE YEAR AWARD:

The AISWCD Legislator of the Year Award is presented each year to one outstanding lawmaker whose actions promote and support the important conservation work of Illinois’ Soil & Water Conservation Districts (SWCDs). This year, the AISWCD honored State Senator Scott Bennett (D-Champaign) for his spring legislative advocacy which included:

• Sponsorship of Senate Bill 1980 & House Bill 2737, the Soil Health Bill. The bill amended the Soil and Water Conservation Districts Act to include among the purposes of Soil and Water Conservation Districts the conservation of soil health, organic matter in soil and plants, and water quality (rather than just water); and the improvement of resilience to droughts, floods, and other extreme weather. The bill also defined “soil health.” The house bill ultimately passed both chambers.

• Support for the “Fall Covers for Spring Savings” cover crop insurance reward pilot program. This pilot program was meant to test whether a small crop insurance reward applied to fields planted in cover crops would incentivize more use of the practice across Illinois. Cover crops are increasingly being used as a conservation and crop production practice that reduces nutrient leaching, soil loss, and runoff, while also improving soil health.

The AISWCD Friend of Conservation Award is presented to one person annually who has shown great commitment and dedication to conservation issues. Kris Reynolds of American Farmland Trust was honored as this year’s AISWCD Friend of Conservation for his work in support of the “Fall Covers for Spring Savings” cover crop insurance reward pilot program. This pilot program was meant to test whether a small crop insurance reward applied to fields planted in cover crops would incentivize more use of the practice across Illinois. Cover crops are increasingly being used as a conservation and crop production practice that reduces nutrient leaching, soil loss, and runoff, while also improving soil health. The Illinois Generally Assembly included funding for this pilot program in the budget it passed this spring.

– SUPPORTED IN PART BY PRAIRIE FARMER –

Four generations of the Mueller Family have farmed the original farmstead starting with Henry, Stewart, Jim, and now Jason. Jason’s son, Colby, could be the 5th generation to farm this land. The Muellers are active in their community and have been involved with the Evangelical Presbyterian Church, Farm Business Farm Management (FBFM), 4-H, FFA, Farm Bureau, and Edgington Township. Additionally, Jim Mueller served on the Rock Island SWCD board for 30 years until 2017.

The Mueller Family have applied numerous conservation practices over the years including grassed waterways and grade stabilization structures. They maintain terraces and contour farm with residue management. They also use grid sampling with nutrient management to address water quality issues and have closed wells to safeguard groundwater from contamination. The Muellers have utilized no-till and strip-till farming for a very long time. Finally, they recently started using cover crops on parts of their cropland.

The Aldridge Family has farmed in the Lawrenceville area for a very long time starting with Kevin Aldridge’s father, Ralph. Kevin farmed alongside his father for many years, but beginning in the 1990’s, he began to incorporate more conservation into his farm operation.

The Aldridge Farm consists of approximately 1700 acres, with 1200 of those tillable and the remaining 500 left in trees, grass, or enrolled in the Wetland Restoration Program and Conservation Reserve Program. The Aldridge Family utilizes a vast number of conservation practices which include; crop rotation, terraces, wascobs, conservation easements, and reduced tillage. Kevin Aldridge was recognized by the Lawrence County SWCD as the “Conservationist of the Year” in 2018.

CONSERVATION TEACHER OF THE YEAR AWARDS:

The AISWCD Conservation Teacher of the Year Award recognizes an outstanding educator for his or her work in the realm of conservation education. Award winners will receive a biodiversity field trip grant opportunity from the Illinois Department of Natural Resources, and membership with the Illinois Audubon Society. The AISWCD was pleased to recognize two educators for their work with students teaching them about sustainable land use, conservation stewardship, and the natural environment.

Miller was recognized for his efforts to demonstrate through hands on activities the effects of soil erosion and water contamination. Additionally, he guided students in the construction of duck boxes to increase local habitat. The boxes were eventually donated to local conservationists to help them foster duck populations.

Hammes was recognized for his efforts to educate students on the use of cover crops and soil erosion and water quality issues. Hammes and students hosted a cover crop tour that involved nearly 40 farmers, and students helped to prepare and staff the tour. He was also instrumental in providing students with outdoor learning opportunities on 50 acres of row crop, a greenhouse, and a ½ acre of garden space as part of the school’s Agricultural Education Program.

The purpose of this Award is to recognize outstanding contributions in the field of forestry. Individuals, companies, associations, and more are eligible to be nominated for this award. The AISWCD is pleased to name Bill Calvert of Breese, Illinois as the recipient of this year’s award.

Calvert is very active in the promotion and implementation of forestry plans. He received his B.S. in Forest Management from Southern Illinois University in 1983. In addition to being an active forester on his own property, he is also an approved Technical Service Provider for the USDA-Natural Resource Conservation Service (NRCS). He has been a consulting forester since 1992 and was a forester for the U.S. Air Force from 1986 to 2001. He has written over a thousand forest management plans in his career as a consultant. He has written 173 forestry plans over the past two years. His current personal forestry plan is for 50 acres.

Calvert belongs to the Society of American Foresters and is a Certified Forester. He belongs to the Illinois Consulting Foresters Association and currently serves as treasurer. He is also a member of the Missouri Consulting Foresters Association and Illinois Forestry Association. He has worked extensively with the Bond County SWCD and the local NRCS offices in the promotion and implementation of forestry plans, the promotion of the Conservation Reserve Easement Program and assisting other local landowners with managing their timber.

The purpose of this scholarship award is to support high school seniors and undergraduate college students pursuing agriculture degrees at Illinois universities. Prospective candidates must demonstrate academic achievement, a commitment to soil and water conservation, and the potential for innovation and leadership. The scholarship award is named in honor of the late George Elvert McKibben, an early advocate and pioneer for no-till farming. The award is made possible by continued support from the McKibben Family.

This year’s scholarship award recipient is Megan Finfrock of Clinton, Illinois. Finfrock is a sophomore at the University of Illinois, where she studies Agriculture & Consumer Sciences. She expects to graduate in 2022 with a major in Farm Management, and a minor in Crop & Soil Management. Finfrock holds a 3.86 grade point average, on a 4.0 scale. 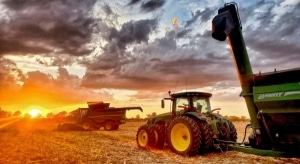