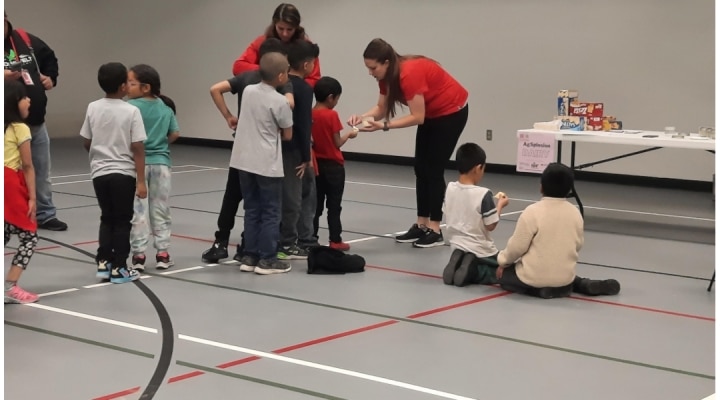 A hands-on educational event, called Agsplosian, was held in five different locations in the Panhandle where more than 700 elementary students learned about Nebraska agriculture. (Photo: University of Nebraska-Lincoln courtesy photo)

LINCOLN, Neb. — More than 700 elementary students from western Nebraska got a hands-on education recently about Nebraska agriculture during the Agsplosion event that was held in 5 different locations in the Panhandle.

The young learners spent the day rotating through eight stations about a variety of agriculture commodities that were presented by Nebraska Extension educators and assistants. The students learned about the livestock and crops that are raised and grown in the Panhandle as well as across the state. Some of what the students learned include:

“AgSplosion is a great way for youth to explore Nebraska’s number one economy in a fun, hands-on setting. The Extension staff works together to create lessons that engage youth while exposing them to the vast products that originate not only in the Panhandle but across the state,” said Sarah Paisley, Nebraska Extension, 4-H Youth Development Educator. “Teachers appreciate that we connect the lessons to what they are teaching in school and how they apply directly to the world in which they live and the food they eat.”