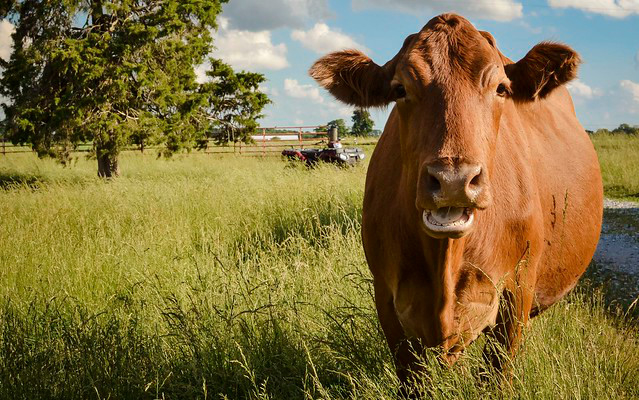 In 2017, agricultural production in the U.S. was valued at $389 billion, of which, more than $11 billion came from the Hoosier state. Nationwide, this puts Indiana in the top 10 for total agricultural products sold, and, combined, these states made up more than 54 percent of total U.S. sales, according to the USDA National Agricultural Statistics Service. (ISDA Communications, Flickr/Creative Commons)

INDIANAPOLIS — Indiana farmers are among the most productive and efficient in the United States, according to the latest Census of Agriculture. The census, taken every five years, is the nation’s most comprehensive agricultural survey and shows trend data on variety of topics ranging from production to economics to farmer demographics.

In 2017, agricultural production in the U.S. was valued at $389 billion, of which, more than $11 billion came from the Hoosier state. Nationwide, this puts Indiana in the top 10 for total agricultural products sold, and, combined, these states made up more than 54 percent of total U.S. sales, according to the USDA National Agricultural Statistics Service.

“The value of agricultural production has more than doubled over the past two decades in Indiana,” said Bruce Kettler, Indiana State Department of Agriculture director. “This census sheds light on Indiana’s agricultural footprint, historically and economically, and we can use this data to support farmers and drive our strategic efforts in the state.”

For the first time, the census collected data on military service and revealed that Indiana had nearly 7,921 farmers that were serving in 2017 or had prior service. The census also found that while a majority of farmers were male in Indiana, the number of female producers grew significantly, up 30 percent from 2012.

Additionally, minority-operated farms in all categories also increased, and there were over 23,000 new and beginning farmers in 2017.

“We are seeing a trend of diversity in agriculture, and I couldn’t be more proud to see the significant jump of women and minorities involved in this industry,” said Lt. Governor Suzanne Crouch, Indiana’s Secretary of Agriculture and Rural Development. “Agriculture has always been Indiana’s calling card and the backbone of our economy. As we plan for the future, I look forward to working alongside our farmers, as they continue to feed and fuel our world.”

More conservation is happening on Hoosier farms, census data shows. Indiana farmers planted 936,000 acres of cover crops in 2017, up 57 percent from 2012, and Indiana ranked No. 3 in the nation in acres planted. Farmers practiced reduced tillage on 4.1 million acres, which was up 1 million from five years ago.

Other highlights found the number of renewable energy systems in Indiana more than doubled, and more Hoosier farmers had access to the internet, increasing from 65 percent in 2012 to 72 percent in 2017, mirroring national trends.

In total, there were millions of data points included in the 2017 Census of Agriculture. To read the complete census, visit agcensus.usda.gov, or for Indiana-specific data, click here.

Salmonella not linked to Indiana-grown melons