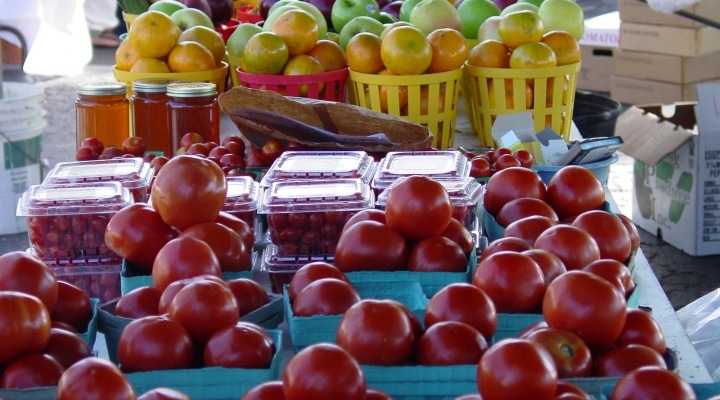 In a new survey conducted by University of Florida researchers, agriculture and natural resources leaders indicated most of their concerns regarding the pandemic were in areas they couldn’t control, such as their state’s economy and other people receiving accurate information about COVID-19. (photo by Larry Hoffman, creative commons/flickr.com)

GAINESVILLE, Fla. — In a new survey conducted by University of Florida researchers, agriculture and natural resources leaders indicated most of their concerns regarding the pandemic were in areas they couldn’t control, such as their state’s economy and other people receiving accurate information about COVID-19.

The survey, designed by a team of researchers at the UF/IFAS Center for Public Issues Education in Agriculture and Natural Resources (PIE Center), was conducted March 13 through April 21 via the online survey tool Qualtrics. The 225 participants were recruited through the International Association of Programs for Agricultural Leadership (IAPAL) and represent eight states: Arizona, California, Delaware, Florida, Idaho, Indiana, New York and South Carolina.

“By getting this information from industry thought leaders – especially the larger response rate from populous states like New York and California, where the crisis was really being felt at the time of the survey, and of course, Florida – we feel we were able to get a benchmark of the pulse in these communities during the pandemic,” said Lauri Baker, an associate professor of agricultural communications and affiliate faculty of the PIE Center.

She also noted that opinion leaders tend to follow the news more closely and are generally more engaged in their state economies and legislative processes, which could account for the 97.8% of respondents who indicated concern for their state’s economy.

More than half of the participants were business owners, which prompted them to complete a unique set of questions regarding concerns for their operations and employee and customer safety.

Among all respondents, labor shortage concerns (89.3%) came through as another trend, although Baker notes this is a common concern for those in this sector even outside of the current pandemic time. Their concerns did not extend as dramatically to whether food costs would increase (54.7%), though, which could be attributed to this sample set’s familiarity with contributing factors to the stability of the country’s food supply.

“I think the one theme we saw in the public opinion survey that carried through into this one was that people are expressing more concern about others than themselves during this difficult time,” Baker said. “That’s certainly a positive aspect we’ve captured in both surveys regarding the pandemic’s effects.”

“We would have liked to see more responses from the ANR leaders,” Baker continued, “but we also recognize that this is a difficult time to be asking people in these sectors to make time to complete a survey when they’re already trying to adapt to the situation.”

The PIE Center’s reports are posted on its dedicated COVID-19 website, piecenter.com/covid-19, as completed. The researchers involved in the agriculture and natural resources leadership survey will also host a webinar on May 6 at 2 p.m. to discuss the data that has been analyzed so far. A recording of the webinar will be posted later on the PIE Center’s COVID-19 website.