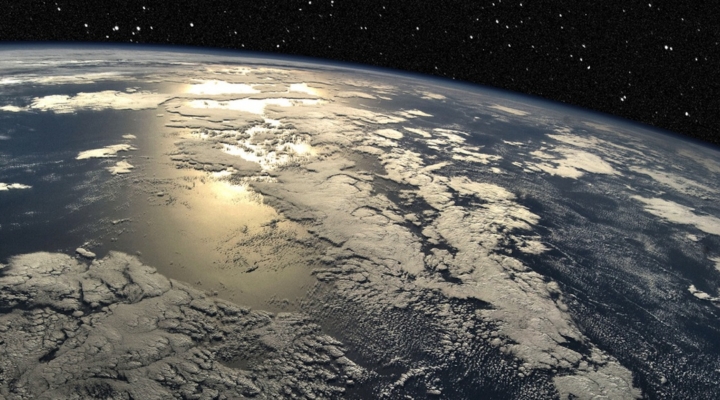 Wade Barnes, president of Farmers Edge, and a farmer himself, said the technology is one of the most exciting developments in agriculture he's ever seen. (DonkeyHotey, Flickr/Creative Commons)

CALGARY — Farmers are looking to space in the continuous push to better know what’s going on in their fields, and a growing number of public and private initiatives are helping get them there.

One of the latest is a partnership between Winnipeg-based Farmers Edge and San Francisco-based Planet announced Wednesday, with the two planning to combine precision agriculture programs with what they say is the world’s largest fleet of earth imaging satellites to better monitor the health of crops.

Wade Barnes, president of Farmers Edge, and a farmer himself, said the technology is one of the most exciting developments in agriculture he’s ever seen.

“We’re actually going to save agriculture,” he said in an interview ahead of the announcement.

“With this technology, we’re going to save crops.”

The snapshots of the field, taken almost daily by Planet’s current 190 earth imaging satellites, provide what they say is a clear and regularly updated picture of the growing conditions in the field, possibly alerting a farmer to something like a growing infestation of army worms eating at their wheat field.

“Suddenly now, I can look inside my fields, I can see a crop problem, and I can act on it, and remedy it,” said Barnes.

For the most part, he added, farmers have had to rely on consultants to physically drive through fields to check on early conditions; once crops start to grow, they’ve been limited to seeing what’s going on from the road.

Drones promised to bring an end to that problem, but Barnes said they’re proving more difficult to operate than expected.

“Everyone thought drones would fix this problem of frequency, but the problem was drones are just too much work and just weren’t logistically feasible.”

The challenges with drones are compounded by the increasing size of farms, said Andrew Pylypchuk, account lead for Farmers Edge at Planet, something he says satellites help address.

“Growers are able, at breakfast time, to have an overview on all their fields and decide where’s the most efficient use of their time and resources and pick the fields that need the most help on that particular day.”

The collaboration between the two companies is by no means the first foray into satellite-imagery farming. For years, various government agencies and private satellites have allowed farmers to access a bird’s-eye view of their field.

Companies like Satshot and Gamaya have relied on this satellite data to provide their own detailed crop assessments to growers, with Gamaya and others also touting the benefits of drones for more detailed and targeted work.

Planet’s satellite images are generally supplied at a quality of three metres per pixel, which allows a general view of colour patterns in the field, but not the precision that can be found on a Google map of major cities.

The company has been able to launch many satellites because of their reliance on consumer technology, said Pylypchuk, making the satellites “orders of magnitude” cheaper than ones like the Landsat satellites launched by the U.S., and which makes the images available for free.

Pylypchuk said the vast array of Planet satellites solve the problem of frequency for those who rely on government satellites, but space is getting increasingly crowded.

Heather McNairn, a research scientist at Agriculture and Agri-Food Canada who’s research focuses on crop assessments from space, said the amount of data available is constantly increasing, with more satellites and more agencies sharing the information.

“We have a much more open data policy now in general with remote sensing satellites, so the data’s more available, there’s more open access.”

She said the federal government has been making strides in its own crop assessment programs, which focus on radar satellites that can see through clouds to assess soil moisture and even the amount of biomass in the field.

Canada plans to launch three satellites with third-generation radar technology next year, which will further boost crop monitoring frequency to near daily as well, said McNairn.

She said that the different types of satellites can be complementary, with the government also making use of Planet’s satellites, and all are contributing to a better assessment of real-time ground conditions.

Overall, she said she’s excited by the advancements already made in satellites and what can be done with the data, as well as by the potential that still awaits.

“I’ve been just absolutely amazed with the pace of the technology,” she said.

“We’re doing things with these data that I never thought possible.”