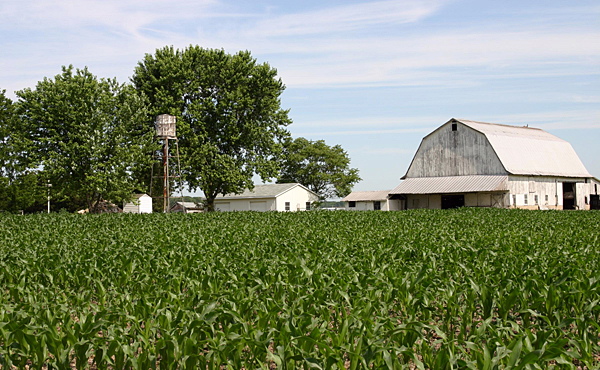 The new Census data also shows that agriculture remains Delaware’s largest single land use, with 42 percent of Delaware’s land (or 525,324 acres) in farms, up from 508,652 acres in 2012. (Delaware Department of Agriculture)

DOVER, Del. — The U.S. Department of Agriculture National Agricultural Statistics Service Delaware office has announced the results of the 2017 Census of Agriculture with new information about 2,302 Delaware farms and ranches and those who operate them, including first-time data about on-farm decision making, at the state and county level.

“Agriculture continues to play an important role in Delaware’s economy. I want to thank all of our family farmers who took the time to participate in the 2017 U.S. Census of Agriculture,” said Delaware Secretary of Agriculture Michael T. Scuse. “The information our farmers provided in the Census will help local and federal legislators, businesses and others make informed decisions, especially on federal programs, that will directly impact our farms.”

The new Census data also shows that agriculture remains Delaware’s largest single land use, with 42 percent of Delaware’s land (or 525,324 acres) in farms, up from 508,652 acres in 2012. Poultry production ranked first in the state for market value of agricultural products sold with more than $1.1 billion, with grains, oilseeds, dry beans and dry peas; vegetables, melons, potatoes and sweet potatoes; nursery, greenhouse, floriculture and sod; and milk from cows rounding out the top five commodity areas.

“The Census shows new data that can be compared to previous censuses for insights into agricultural trends and changes down to the county level,” said NASS Administrator Hubert Hamer. “We are pleased to share first-time data on topics such as military status and on-farm decision making. To make it easier to delve into the data, we are pleased to make the results available in many online formats including a new data query interface, as well as traditional data tables.”

For the 2017 Census of Agriculture, NASS changed the demographic questions to better represent the roles of all persons involved in on-farm decision making. As a result, in 2017 the number of all producers in Delaware was 3,907 up from 3,789 producers in 2012.

Other demographic highlights include:

The Census tells the story of American agriculture and is an important part of our history. First conducted in 1840 in conjunction with the decennial Census, the Census of Agriculture accounts for all U.S. farms and ranches and the people who operate them. After 1920, the Ag Census happened every four to five years. By 1982, it was regularly conducted once every five years. Today, NASS sends questionnaires to nearly 3 million potential U.S. farms and ranches. Nearly 25 percent of those who responded did so online. Conducted since 1997 by USDA NASS — the federal statistical agency responsible for producing official data about U.S. agriculture — it remains the only source of comprehensive agricultural data for every state and county in the nation and is invaluable for planning the future.

Results are available in many online formats including video presentations, a new data query interface, maps and traditional data tables. All Census of Agriculture information is available at www.nass.usda.gov/AgCensus.