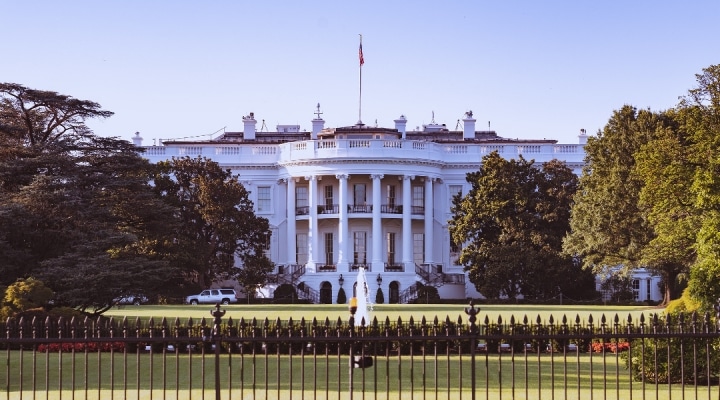 WASHINGTON — Editor’s note: The following statements were released after the inauguration of President Joe Biden and Vice President Kamala Harris.

Following a swearing-in ceremony held at the U.S. Capitol, Joseph R. Biden and Kamala Harris today officially began their four-year terms as president and vice president of the United States.

In a statement, National Farmers Union (NFU) President Rob Larew extended his congratulations to President Biden and Vice President Harris and expressed encouragement about the pair’s record on food and agricultural issues.

“As a nation, we are facing multiple crises all at once. Not only are we in the midst of a pandemic that has so tragically claimed the lives of 400,000 of our fellow Americans and put millions more out of work, but we’re also wrestling with deep political and social divisions, high levels of economic inequality, and a rapidly changing climate. In addition to these broader issues, the agriculture industry is also coping with its own internal battles: corporate control of the food system, chronic overproduction, an overdependence on exports, crumbling rural infrastructure, and an aging farm population, just to name a handful.

“Tackling just one of these problems – let alone all of them – will be no easy feat. However, we are confident that President Biden and Vice President Harris are up to the task; already, they have surrounded themselves with highly qualified and diverse advisors and staff who will help guide them through these thorny issues. Additionally, the incoming administration has issued comprehensive plans outlining how it will tackle many of the aforementioned problems. We hope this degree of foresight and fastidiousness is a harbinger of what’s to come.

“There’s no time to waste to put those plans into action; we stand ready to work with the Biden administration to ensure they are implemented in a way that supports the success of family farmers and ranchers, revitalizes rural communities, and strengthens food security for all.”

American Farm Bureau President Zippy Duvall commented today on the inauguration of President Joe Biden, who was sworn-in as the 46th president of the United States.

“The American Farm Bureau Federation congratulates President Joe Biden as he begins his term as 46th president of the United States. We also congratulate Vice President Kamala Harris as she makes history as the first woman to serve as America’s vice president.

“The past several weeks have been difficult for all of America. We were saddened by the violence that threatened a peaceful transfer of power, but what we witnessed today is a hallmark of what has made this country an example for the rest of the world. We have peacefully ushered in new leaders and with them new appreciation for the resilience of our democracy. Today, we turn the page, learn the lessons, and look to the future with the hope and optimism that are core to who we are as Americans.

“Addressing the needs of America’s farmers, ranchers and rural communities is important, including strengthening the farm bill, expanding trade and finding a fair solution to the farm labor shortage. We must extend broadband coverage to ensure rural families, businesses, schools and health care facilities can compete in today’s digital reality. We are also looking for partners in our efforts to achieve sustainability goals while ensuring climate policies remain market-based and voluntary. We have been meeting with President Biden’s nominees to discuss priority issues and today we shift into high gear to achieve these goals.

“All of this can be done if we commit ourselves to working together for a better America. Agriculture is traditionally divided more by regional differences than by political parties. We urge our elected leaders to continue that tradition of bipartisanship in the agriculture committees and throughout our government. Our country faces some big challenges. Let’s get to work on solutions.”

“On behalf of our nearly 700 animal feed, pet food and ingredient manufacturing members across the country, we extend our best wishes to the Biden administration for a successful term in office. Our 944,000-strong workforce is the backbone of the U.S. food supply chain, keeping America’s livestock, poultry and pets fed, while generating nearly $300 billion in sales and over $22 billion in taxes to support local communities and state coffers.

“Now more than ever, we need a strategy that will curb the spread of COVID-19 and get our economy going and growing again; an efficient regulatory system that allows U.S. manufacturers to swiftly bring innovations that can improve animal health and nutrition to the marketplace; and trade policies that foster opportunities for growth and leadership abroad to maintain our competitive edge. We also look forward to working together on a science-based strategy for tackling climate change and improving rural infrastructure, including improving the connectivity of the rural communities responsible for keeping us fed in times of calm and crisis.

“Our country is facing tough challenges, but just as a farmer does not give up on farming after a difficult growing year, we will not give up in our belief that we can and will meet these challenges. We stand committed to partnering with the new Biden administration in being part of the solutions that will improve the lives of all Americans.”

The National Milk Producers Federation congratulates President Joe Biden and Vice President Kamala Harris on becoming the 46th president and 49th vice-president of the United States, as well as the members of the 117th Congress as they embark on their work serving the American people.

Inaugurations represent new beginnings and new opportunities. This is especially important today, as we begin this journey at a time of turmoil that has intensified in recent months and weeks. We in dairy offer our own commitment to work on a bipartisan basis for progress on issues important to dairy farmers, their cooperatives and the greater good. We also look forward to engaging with the broader agricultural community to meet our common challenges and build a thriving rural America that lifts the entire nation.

Leaders of the National Corn Growers Association (NCGA) today congratulated President Biden on his inauguration as the 46th President of the United States. NCGA President John Linder, along with 21 state corn grower association presidents, sent a letter to Biden outlining the opportunities for corn growers and agriculture over the next four years.

“As you know, farmers are optimistic by nature. Each year we plant seeds in the ground, rely on a combination of mother nature and innovation, and we are hopeful that those seeds will generate a profitable commodity. In that same regard, we are optimistic about the opportunity for farmers to play an innovative role in combating climate change and expanding our overseas markets,” the corn grower leaders wrote.

NCGA and corn growers across the country are looking forward to being a part of efforts to address climate change, one of the Biden-Harris Administration’s top policy priorities. In their letter, the corn grower leaders highlighted the unique role corn ethanol can play in these efforts.

“Higher-octane fuels, most effectively achieved by blending more low carbon ethanol, would unlock increased gains in vehicle efficiency, equating to more miles per gallon, and an even further reduction in greenhouse gas emissions. We look forward to working closely with your Administration and Congress to begin the transition of the nation’s fuel supply to a higher-octane, low carbon fuel,” they wrote.

Expanding overseas markets for U.S. corn and corn products is also a top priority for NCGA. The grower leaders expressed optimism that the new Administration will be able to forge new trade agreements with strategic partners abroad.

“We are confident your vast experience in the foreign policy arena will serve the United States well in our ability to expand upon our global competitiveness,” they wrote.