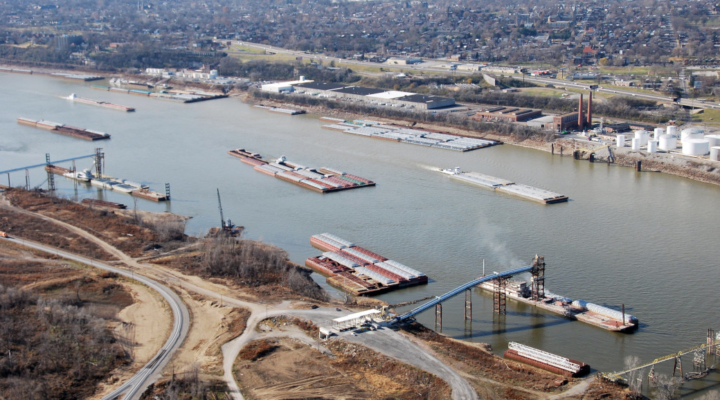 Though the COVID-19 pandemic has cut demand for many U.S. products, agricultural exports are holding up well, according to a new analysis by an agricultural economist with The Ohio State University. (U.S. Department of Agriculture)

COLUMBUS, Ohio — Though the COVID-19 pandemic has cut demand for many U.S. products, agricultural exports are holding up well, according to a new analysis by an agricultural economist with The Ohio State University.

“We all have to eat,” said Ian Sheldon, a professor in the College of Food, Agricultural, and Environmental Sciences (CFAES).

Even when consumer income declines, the demand for food changes very little, Sheldon said. People in the developed world might be dining out less frequently, but they’re still buying groceries.

Exports of U.S. agricultural goods, including soybeans, which are Ohio’s top agricultural export, are up, Sheldon said. By the start of June, the amount of U.S. soybeans exported was 200,000 tons higher than it was for the same period in 2019.

“The pandemic has affected ag trade, but not by as much as we thought it would,” said Sheldon, who serves as the Andersons Endowed Chair in Agricultural Marketing, Trade, and Policy in the CFAES Department of Agricultural, Environmental, and Development Economics.

Sheldon’s trade analysis used forecasts from the World Trade Organization, which is predicting that in 2020, global agricultural trade will experience lower declines compared to other areas of the economy, including retail sales and air travel. Agricultural trade is expected to drop by anywhere from 6% to 12% this year.

While the tons of U.S. soybeans currently being exported is higher than the level in 2019, the value of soybeans has gone down, Sheldon said.

The world price of soybeans and other agricultural commodities has been low in recent years, spurred in part by the U.S.-China trade war, which began in 2018 with the first round of tariffs applied to U.S. imports from China, Sheldon said. China reciprocated with tariffs on American products, including imports of soybeans.

“The trade war had already put a big dent in the amount of soybeans leaving the United States and ending up in China,” Sheldon said. “It’s too early to tell if COVID has pushed it even further.”

“That’s not been good for Ohio soybean farmers in particular and Ohio agriculture in general,” he said.

Escalation of the trade war ended in 2020 with an agreement that included China making significant trade promises, but those likely will not be met, Sheldon said.

Even before the pandemic, Sheldon was skeptical China would be able to fulfill its promised commitments of purchases of American agricultural goods.

As of the end of May, China’s agricultural imports from the United States totaled $7.2 billion, half the dollar amount China needs to meet its commitments for this year.

“And the pandemic just throws in some additional uncertainty,” Sheldon said.

Sheldon’s analysis of the economic impact of COVID-19, which he did with Jason Grant, an associate professor at Virginia Tech, is part of a broader study of the impact of the pandemic. That broader study was sponsored by the Agricultural & Applied Economics Association in collaboration with the Council for Agricultural Science and Technology (CAST). A link to the CAST study can be found at: go.osu.edu/covidimpact.

Women in Agriculture Gathering set for May
April 15, 2021