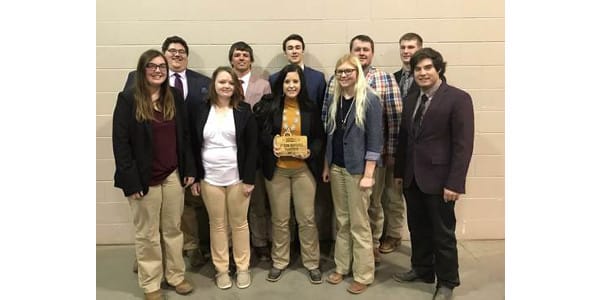 Youth of FFA and 4-H ages competed in junior, intermediate and senior divisions, along with the 2-year and 4-year college teams in evaluating beef cattle at the Buffalo County Fairgrounds.

Sophomore and freshmen team members from NCTA competed among 27 teams and 150 individuals in 2-year colleges. Teams were comprised of five students.

Animal placings and reasons are combined for an overall score. Teams and individuals are ranked by highest points.

The top Aggie judge was sophomore animal science major Garret Lapp of Adamsville, Ohio, who was 4th in placings and 24th overall.

NCTA’s freshmen were ranked 21st in both placings and overall team, and 23rd in reasons.

The next contest will be in mid-March when the sophomore team travels to the Houston Livestock Show.

What to do during a distillers grains shortage
March 31, 2020