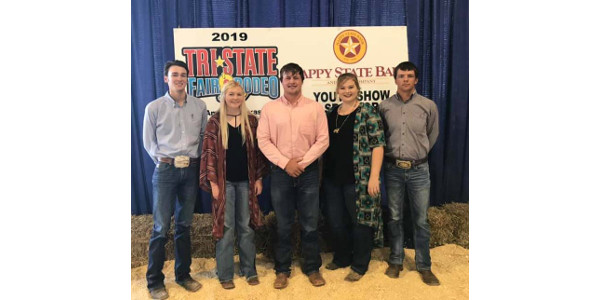 AMARILLO, Texas — The Aggie Livestock Judging Team from the Nebraska College of Technical Agriculture in Curtis, Nebraska earned a fifth place overall last week at the Tri-State Fair in Amarillo.

Second-year livestock evaluators from NCTA had their highest team score in sheep and goats placing third. They were fourth in swine, fifth in cattle placings and sixth in oral reasons.

“We had a quick trip down to Amarillo and back to Curtis,” said Coach Doug Smith. “The team did well. It was a great way to start the season!”

This weekend the sophomore team will be the officials for the annual Ber-Mis Livestock Judging Contest at Bertrand. Ber-Mis will be the first contest for the new freshmen team, Smith said.

On Sept. 28-29 both teams will compete at Ak-Sar-Ben in Grand Island.