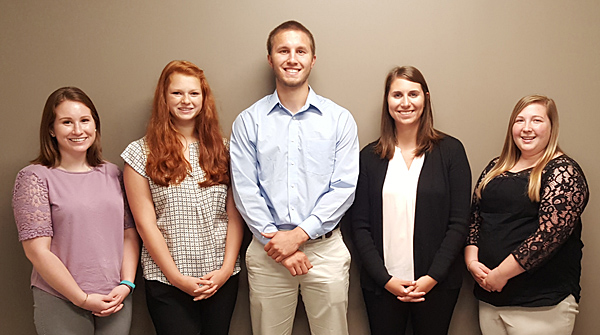 MECHANICSBURG, Pa. — Each summer, AgChoice Farm Credit hires a group of college students for a robust, hands-on internship that includes group projects, job shadowing and skill building. This year’s interns represent four universities and will have the opportunity to work with AgChoice’s marketing, underwriting, lending and accounting teams.

“At AgChoice, we believe in a culture of collaboration and teamwork, and we give our interns that same opportunity,” said Darrell Curtis, AgChoice’s president and CEO. “We expect them to make tangible contributions to our operations while building their own professional skill sets.”

Austin McMonagle — Austin will intern at AgChoice’s Martinsburg branch. Austin is an animal science major at The Pennsylvania State University and resides in Blair county.

Karissa Swartz — Karissa is pursuing a degree in business administration from Elizabethtown College with a double concentration in finance and entrepreneurship. A resident of Dauphin county, Karissa will join AgChoice’s credit analyst team at the Headquarters (Mechanicsburg) office.

Since AgChoice began its internship program in 1999, it has rehired approximately one-third of its interns for full-time positions after graduation. More information about internships at AgChoice is available on the organization’s website (agchoice.com/about-agchoice/internships).