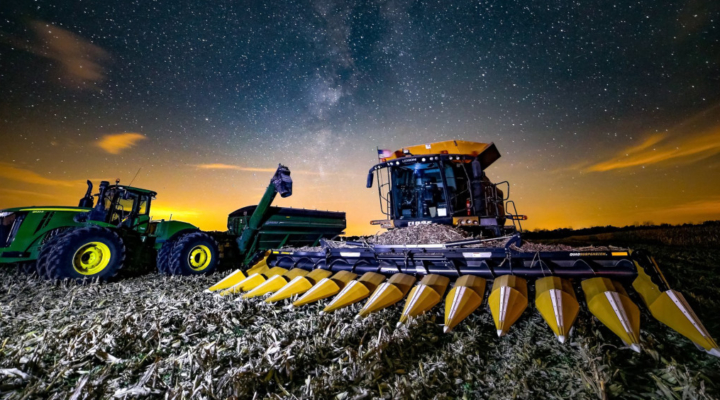 A wide range of topics were covered during the 2019 Ag Policy Forum on Dec. 5 at the Hamilton County Fairgrounds in Noblesville, Ind. The program included messages from national corn and soybean leaders, Indiana farm group executives and Purdue University sources. (ISDA Communications)

Kevin Ross, who is president of the National Corn Growers Association (NCGA) and a farmer from Minden, Iowa, said demanding more from federal government officials is part of his role as an NCGA leader. Ross said he’s been pushing Congress to adopt the United States-Mexico-Canada (USMCA) trade agreement for more than a year. But it is only one of several issues that NCGA is fighting for right now.

“We need Congress to pass USMCA; we need millions of gallons of ethanol re-allocated that were waived from the U.S. fuel supply by the EPA,” Ross told the farmers at the Forum. “We need to finalize a good trade deal with China, and we need to introduce legislation establishing a high-octane, low carbon standard for fuel. These are all issues that you will benefit from, and they’re issues you can help us get done.”

Getting involved in the policy process was a common theme for the Forum. A panel discussion featuring American Soybean Association (ASA) Executive Director of Government Affairs Christy Seyfert, NCGA Vice President of Public Policy Brooke Appleton, ASA board member Kendell Culp and NCGA National Corn Board member Denny Maple covered many policy-related topics – including the impact farmers have when they talk to lawmakers directly.

Culp is also an ISA board member and a farmer from Rensselaer, Ind. Culp said advocating for agriculture is among his life’s missions. Culp added that his years of involvement have led to valuable contacts in government. “For example, I have Rep. Jim Baird’s contact information in my phone, and sometimes I will call him about an issue,” Culp said. “But he also has my number, and he will call me when he has farm policy questions. You know you must be doing the right thing when a Congressman calls you to talk about farm policy.”

Maple is also an ICGA board member and a farmer from Greentown, Ind. Maple said it’s important to talk to Congressmen when they return to their districts, and it is good to invite them to a farm. But farmers should also take the time to go to Washington, D.C.

“When you talk to (lawmakers), don’t let them just tell you everything they’ve already done,” Maple advised. “Take control of the conversation. You’ve taken some of your valuable time and money to go out there to talk to them. Tell them what you need them to work on. They will listen to you.”

During a farm economy talk, Purdue Extension Director Jason Henderson said farm incomes may plateau for the next several years, if recent trends are accurate indicators. Purdue Ag Economist Jim Mintert, in one of two breakout sessions, explained that farmers’ attitudes sway from month to month based on a variety of circumstances including weather pressure, market price volatility and concerns about trade policies. Both advised that farmers generally succeed over the long term, but they endure frequent short-term stress.