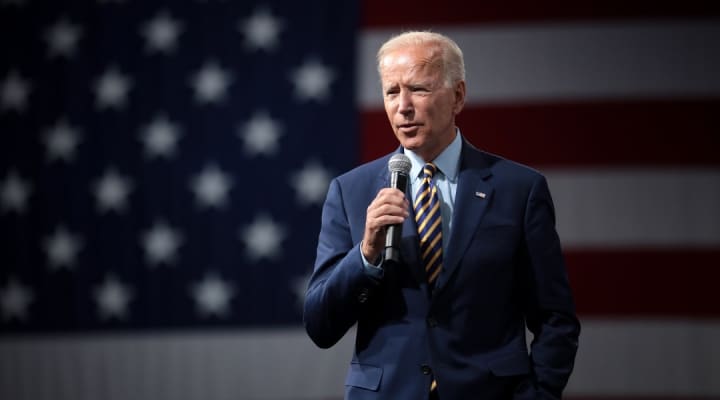 WASHINGTON — President Biden signed the Infrastructure Investment and Jobs Act into law on November 15, 2021. The below statements were released by agricultural organizations following this announcement.

This afternoon, President Biden signed into law the Infrastructure Investment and Jobs Act. NFU President Rob Larew was in attendance at the White House signing ceremony and issued the following statement.

“Today is a great day for American agriculture. The Infrastructure Investment and Jobs Act will provide a much-needed boost to our rural economy and will help keep family farmers, ranchers, and our communities linked and connected with the rest of the country.

“We thank President Biden for his strong leadership in passing this legislation, and offer special thanks to the Congressional leaders who crafted and negotiated the bill.”

Investment and Jobs Act into Law

Today, President Biden signed the Infrastructure Investment and Jobs Act (H.R. 3684) into law. The $1.2 trillion package not only reauthorizes the surface transportation programs for five years, but also makes a $550 billion investment on top of existing programs.

While significant investments in infrastructure have long been elusive, the Infrastructure Investment and Jobs Act represents months of bipartisan negotiations and achieves a historic investment in our nation’s infrastructure. On August 10, the Senate passed H.R. 3684 with strong bipartisan support – 69 Senators supported passaged. Last Friday night, the House of Representatives took up the Senate-passed bill and advanced it in a bipartisan vote of 228-206.

“Wheat growers recognize the important role investments in our nation’s infrastructure play in getting our product to market. NAWG recognizes the hard work and commitment to bipartisanship that led to this bill becoming law,” said NAWG CEO, Chandler Goule. “This once-in-a-generation commitment to infrastructure will aid in wheat growers’ competitiveness on a global stage and make critical investments in rural America. Since the process began, NAWG has outlined its priorities to Congressional leaders, and called for investments in physical infrastructure that the ag community relies on and was negotiated in a bipartisan manner. The Infrastructure Investment and Jobs Act achieved both of those goals.”

NAWG thanks members of the Senate and House of Representatives for working across the aisle to pass this historic bipartisan infrastructure package that supports agriculture and rural communities.

“This package invests in America’s highways, waterways, ports, locks, and dams in a way that will help us reassert American agriculture competitiveness. It will allow more ag product to get to market quicker and more efficiently. It will also help our infrastructure keep pace with ag production; something that is essential at a time when supply chains are being severely challenged. This investment will also create jobs in rural America where they are urgently needed.

“This is a win for American agricultural, workers, trade and our economy and will allow the United States to be a global leader going forward. We have been proud to fight for this package in communities across the country over the last year.”

Farmers for Free Trade’s network of farmer advoactes have fought for passage of the bill throughout 2021. Below are a selection of quotes from opinion pieces across the country written by farmers in our network supporting the bill:

“As a farmer, I know how important this bill is to saving our family farms, keeping our products on the open market and putting ag first. Farm products like soybeans — America’s No. 1 agriculture export — rely on the health of our roads and bridges, rail systems and waterways — not to mention rural broadband connectivity — to stay ahead in an increasingly competitive global market.” – Ken Boswell, soybean farmer from Shickley, Nebraska. Op-ed found here.

“A major reason to support this bill is jobs. Infrastructure jobs are blue-collar jobs that pay well. And that matters … We need to create opportunities for rural, working class jobs and this bill does it.” – Tyson Shoemaker, ag production consultant from Cape Girardeau, Missouri. Op-ed found here.

“As any farmer will tell you, for farmers to succeed, their product needs to get to market. That happens thanks to truck drivers, grain facilities, refineries, ships and cargo containers. But every aspect of the supply chain depends on a one thing: infrastructure. And that’s why farmers and ranchers across South Dakota are taking notice now that Congress is moving forward with an historic investment in infrastructure.” – Abbie Everist, Senior Manager at KCoe Isom from Sioux Falls, South Dakota. Op-ed found here.

“All our representatives need to recognize the essential nature of our roads, bridges, ports, and waterways to farmers by voting for the investment in this bill. Not only will the bill support good-paying jobs across our state in the actual construction phase, it will pay dividends for decades to come for Iowa agriculture.” – Bob Hemesath, Director for the National Corn Growers Association from Decorah, Iowa. Op-ed found here.