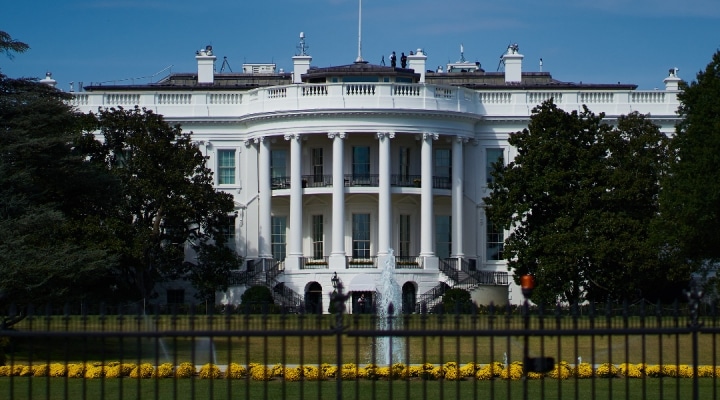 “AFBF appreciates that the report acknowledges concerns we have raised and recognizes the oversized contributions of farmers and ranchers to conservation while feeding the world. That recognition must carry through implementation. The report is a philosophical document that emphasizes important principles such as incentive-based voluntary conservation, protecting personal and property rights and continued ranching on public lands, but it lacks specifics. I had several positive conversations with Secretary Vilsack about 30×30 and we will work with him and his colleagues to ensure the details live up to promises made to protect American agriculture.”

The Biden administration today released a report providing more details on how it plans to meet its earlier goal to conserve at least 30 percent of the nation’s lands and waters by 2030. Entitled “America the Beautiful,” the 22-page document outlines principles that should guide those efforts, several of which pertain to agriculture. More specifically, it indicates that conservation work should recognize and support farmers’ contributions to environmental stewardship as well as include them in conversations about how best to protect our natural resources.

Because farmers and ranchers steward about 44 percent of the United States’ landmass, National Farmers Union (NFU) maintains that it absolutely essential that that agriculture is incorporated into broader conservation endeavors. In a statement today, the organization’s president Rob Larew said he was pleased that the administration’s report takes the sector’s important role into account and that he looks forward to working with them to develop the principles into a fully fleshed-out plan.

“Farmers Union members care deeply about protecting the natural resources that support their livelihoods. When the administration first announced its plans to conserve 30 percent of the nation’s land, however, we had a lot of questions about what that might mean for agriculture. After sharing those concerns with the administration, we are heartened that our feedback was taken seriously and incorporated into the final principles.

“Today’s report understands the valuable work that family farmers are already doing to improve soil, water, and air quality and commits to advancing that work in the future. We are glad to have clarity on the matter and look forward to continued collaboration with the administration to ensure these principles are followed.”

Today, the National Cattlemen’s Beef Association (NCBA) and Public Lands Council (PLC) recognized the inclusion of agricultural producers’ recommendations in the Biden administration’s conservation goals report. The report details the administration’s approach to conserving 30 percent of the nation’s land and waters by the year 2030 — an initiative previously called 30×30 and now dubbed “America the Beautiful.” The report lays out a 10-year roadmap for conservation that includes many of the priorities that are most important to cattle and sheep producers, including the protection of private property rights, learning from successful working lands management, and leveraging the expertise of ag producers for the benefit of lands, wildlife, and all land users.

“We are pleased to see USDA and DOI incorporate many of the recommendations of America’s farmers and ranchers into this conservation plan. This is a productive starting point that builds on the input of a diverse array of stakeholders — and moving forward, our focus will be on holding the administration and federal agencies to it,” said Kaitlynn Glover, NCBA Executive Director of Natural Resources and PLC Executive Director. “Over the next decade, livestock producers will continue doing what they’ve done for generations — manage their lands in a way that promotes conservation and good environmental outcomes, and share that expertise with federal agencies.”

“If you want to see successful examples of protecting open spaces, improving the health and resiliency of public lands, and balancing durable conservation with multiple use, look no further than American cattle and sheep producers,” added Glover. “We look forward to continuing our dialogue with the administration to make sure that the agencies implementing 30×30 leverage the expertise of our producers and reward them for their good work on the ground.”

One of the report’s six initial recommendations for the “America the Beautiful” initiative focuses specifically on agricultural producers. NCBA and PLC have been in constant and proactive communication with the administration to make sure the White House understands the vital role ag producers play in safeguarding our natural landscapes. The report includes recommendations to:

NCBA and PLC have long advocated for conservation policy that is based on science and fact, not emotion or political rhetoric. Livestock producers have an excellent story to tell on conservation, climate, and environmental issues:

More than 100 small farms get a giant boost