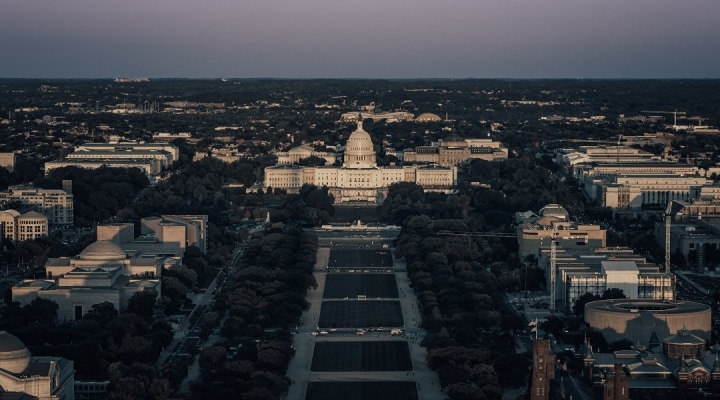 The House of Representatives has passed the Farm Workforce Modernization Act. (Photo by Andy Feliciotti on Unsplash)

WASHINGTON — Editor’s note: The below statements were released by agriculture organizations following the House passage of the Farm Workforce Modernization Act.

In an effort to improve the American agricultural labor system, the U.S. House of Representatives today voted in favor of the Farm Workforce Modernization Act. The chamber passed an earlier version of the bipartisan bill in late 2019.

At the organization’s convention earlier this month, National Farmers Union (NFU) members approved a special order of business urging “immigration reform…that includes a sensible path to legal status for undocumented workers, and that reforms the H-2A temporary agricultural worker visa program so that it serves the needs of workers and family farmers and ranchers.” Because the bipartisan bill addresses both concerns, NFU welcomed its reintroduction, as President Rob Larew indicated in a statement:

“As it’s currently designed, our farm labor system doesn’t work well for anyone involved. Farmers depend on highly skilled workers to help them with any number of tasks, but often face mountains of paperwork and excessive red tape in the hiring process. Farm workers, on the other hand, lack adequate protections, access to government assistance programs, options for long-term employment, or a clear future in this country.

“The Farm Workforce Modernization Act is a mutually beneficial solution that will create a more functional and compassionate farm labor system. For agricultural employers, it will streamline and allow for greater flexibility in the H-2A temporary agricultural worker program, making it simpler to find and hire qualified employees. For workers, it will strengthen protections as well as establish a route to earn legal status through continued agricultural employment. Given its advantages for both parties, we welcome this practical piece of legislation and advise the Senate to quickly follow the House’s lead by taking up the important issue of farm labor reform.”

CEO of the National Association of State Departments of Agriculture Dr. Barb Glenn praised today’s passage of the Farm Workforce Modernization Act by the U.S. House of Representatives saying, “Systems that establish a secure, reliable workforce for the agriculture, food and natural resource industries are necessary to our food supply. An estimated half of the U.S. agricultural workforce is foreign-born, and the Farm Workforce Modernization Act will provide opportunities for these individuals to contribute to the U.S. agricultural economy and earn legal status through continued agricultural employment.”

The bill would make year-round H-2A visas available for the first time, an action that would be transformational for agricultural operations like dairies that currently rely only on temporary labor.

“We’re encouraged that the Farm Workforce Modernization Act assures a future workforce for agriculture by creating both a flexible and efficient visa program that retains current workers,” Glenn said.

NASDA members also acknowledge that a multi-faceted effort is needed to fix the industry’s employment challenges across the spectrum of production, from harvesting to research.

In a letter NASDA sent to the U.S. House of Representatives, Glenn shared that in less than nine years, 5.35 million jobs will be available in the agriculture and food sectors.

“Understanding the demand for labor across the U.S. food system, NASDA will continue to advocate for support of the Farm Workforce Modernization Act, the H-2A program and renewable visas for agricultural workers, along with other programs that address workforce challenges,” Glenn said.

The National Grange appreciates action by the House of Representatives to pass the bipartisan Farm Workforce Modernization Act by a vote of 247-174. “This action will go a long way toward relieving the ag labor shortage on our farms and ranches,” said National Grange president Betsy Huber. “Now we have to work on the Senate.” The bill, H.R. 1603, sponsored by Zoe Lofgren, D-CA. and Dan Newhouse, R-WA., for the first time allows 20,000 year-round visas per year, provides for numbers to increase or decrease depending on demand, includes provisions to help farms renovate or build housing, streamlines the H-2A application process and caps wage rates increases at 3.5% for nine years. Existing undocumented farmworkers can get temporary legal status if they’ve worked in agriculture at least 180 days over the last two years. Farmworkers can also earn a green card by paying a fine and continuing to work on farms for an additional period of time.

“Today’s bipartisan passage of the Farm Workforce Modernization Act (FWMA) in the House of Representatives provides crucial momentum toward addressing dairy’s ongoing workforce crisis, which has only intensified during the COVID pandemic. NMPF thanks the House members who have championed these reforms, Immigration Subcommittee Chair Zoe Lofgren (D-CA) and Congressman Dan Newhouse (R-WA), for undertaking the difficult task of negotiating an agricultural labor bill that’s attracted a wide range of support as it has moved through the chamber.

“Nothing gets done if we cannot move forward. The broad industry and bipartisan support for passing FWMA in the House demonstrates the acute need for ag labor reform this Congress and illustrates that consensus can be achieved. To that end, NMPF also thanks House Agriculture Committee Ranking Member Glenn ‘GT’ Thompson (R-PA) for providing a roadmap for further improvements to the House measure while supporting the advancement of ag workforce reform efforts toward a solution.

“On that note, more work will need to be done for ag labor solutions to become law. NMPF will continue its bipartisan efforts in Congress and calls on the Senate to enact its own ag labor reform measure that gives dairy reliable access to the workforce farmers and farmworkers need to nourish the nation and the world.”

Forecast for spring: Nasty drought worsens for much of US