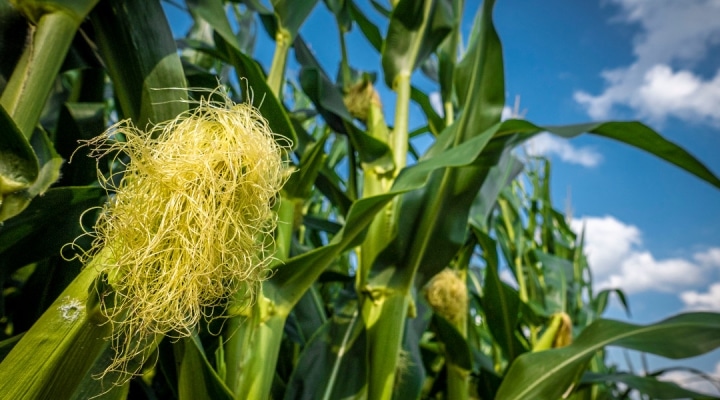 The EPA has rejected requests by small oil refineries to be exempted from ethanol requirements. (U.S. Department of Agriculture, Public Domain)

WASHINGTON — The following statements were released following the EPA’s announcement that annual production requirements for ethanol and other biofuels would be lowered to account for reduced demand as a result of the COVID-19 pandemic. The EPA also announced that requests by small oil refineries to be exempted from ethanol requirements would be rejected.

More infomtion about these actions is available here. The USDA’s simultaneous announcement to provide economic relief to biofuel producers and restore renewable fuel markets affected by the pandemic is available here.

“The American Farm Bureau Federation appreciates the administration’s recognition that renewable fuels produced by America’s farmers have an important role in America’s future.

“President Biden promised his administration would ‘honor the critical role the renewable fuel industry plays in supporting the rural economy and the leadership role American agriculture will play in our fight against climate change.’

“Today’s EPA announcement upholds the integrity of the RFS by setting a positive target for 2022 Renewable Volume Obligations (RVOs) of 20.77 billion gallons of blending and saying no to all 65 pending small refinery exemptions, which have undermined renewable fuel production in the past. We’re also pleased USDA will finally be allocating $700 million in pandemic assistance for losses related to biofuel production.

“The use of ethanol and biodiesel have reduced greenhouse gas emissions the equivalent of taking 18 million cars off the road per year. Support for biofuels simply makes sense. We look forward to working with EPA and USDA as they carry out today’s announcements and in future efforts to support biofuels and their benefits for all Americans.”

A strong proponent of biofuels for their economic and environment benefits, National Farmers Union (NFU) is calling the standards for future years a way to move the program forward and urges EPA to rethink the retroactive cut on 2020 volumes.

Additionally, NFU was pleased to see that the EPA has proposed to restore 500 million gallons of illegally waived RFS requirements from 2016.

“We are encouraged that the EPA is taking biofuels policy in a much more promising direction,” said Rob Larew, NFU President. “It is disappointing it took so long to release the rule and that 2020 volumes are being retroactively reduced. We call on EPA to reevaluate this retroactive cut.”

“Farmers and biofuels producers need certainty in the industry, and we are encouraged to see growth in the 2022 volumes,” Larew added. “The benefit of low carbon fuels is clear and we thank the EPA for recognizing the critical need for upholding RFS.”

The much-anticipated Environmental Protection Agency (EPA) announcement on Renewable Volume Obligations (RVOs) brings with it a mixed bag of reactions ranging from thankful to slightly frustrated. EPA’s volumes for 2020 and 2021 are down, but the future looks bright with a 2022 volume that’s the highest ever announced by the agency.

In another twist, the agency’s interpretation of the Supreme Court’s guidance on small refinery exemptions (SREs) has resulted in the agency announcing a proposed rule recommending it deny all 65 pending requests. EPA will open a 30-day public comment period to make a final determination on those denials and has shared its intent on evaluating how to reconcile future exemption requests.

Kevin Scott, soybean farmer from Valley Springs, South Dakota, and American Soybean Association (ASA) president said, “We are appreciative that EPA has released its decision on these numbers that are critical to implementation of the Renewable Fuel Standard (RFS), but of course we would have liked to have seen higher retroactive numbers for 2020 and 2021. And, we would like to have the 2023 volume announcement that was due the end of November. We are heartened, however, by the 2022 RVO and hope 2023 remains on that upward trajectory.”

Another positive for the industry is USDA’s corresponding announcement of $800-million in pandemic assistance for the biofuels sector, an answer that had been pending for some time.

ASA has vocally supported both increased annual blending requirements and the denial of waivers, or SREs, which erode the integrity of the RFS. Biodiesel is a key market for soy that uses soy oil at the same time soy meal can be used for protein-packed animal feed, and it is a clean-burning fuel alternative that likewise demonstrates soy growers’ commitment to using their U.S.-grown beans in more places more sustainably.

The U.S. Environmental Protection Agency today released delayed proposed biofuel blending volumes under the Renewable Fuel Standard (RFS). The agency proposed an increase in the total biofuel blending requirement for 2022 of 22.77 billion gallons, which allows for an implied ethanol volume of 15 billion gallons. EPA also proposed to add 250 million gallons in response to a 2017 court decision, with the remainder of that 500-million-gallon court remand pledged to come in next year’s rulemaking.

The proposal includes a total renewable fuel volume of 18.52 for 2021, and a 2.96-billion-gallon reduction from the previous final 2020 volume requirement, the first time EPA has proposed a retroactive RFS volume reduction.

However, reopening 2020 volumes is unprecedented and rewards the use of more oil at the expense of the environment. We strongly urge EPA to move forward with finalizing the strong 2022 volumes while correcting course on the proposed retroactive cuts.”

“President Biden ran on a promise to stand up to the oil industry and protect jobs in the U.S. biofuel industry. This proposal signals a possible end to the era of oil refinery waiver abuse, an embrace of new fuels, and biofuel market growth in 2022 — clear steps in the right direction. But if we’re going to unleash the full potential of the RFS, the retroactive cuts need to stop. It’s time to make a clean break from the same, old political games we see every year from refiners betting against clean energy and focus on creating a new wave of clean energy jobs across America’s heartland.”

Geoff Cooper, President and CEO of the Renewable Fuels Association (RFA):
“Over the past four years, RFA has led the charge to stop the previous EPA’s illegal abuse of the small refinery waiver provision. We commend EPA Administrator Michael Regan and the Biden administration for denying all pending small refinery exemptions, and we are extremely pleased to see the Agency shutting the floodgates on these destructive waivers. … Unfortunately, today’s package also seeks to cut the 2021 conventional renewable fuel requirement to just 13.32 bg, representing EPA’s view of actual consumption. In addition, EPA is proposing to reopen the already-finalized 2020 RVO and reduce the requirement from the original volume of 15 bg to just 12.5 bg, again reflecting EPA’s estimate of actual consumption. While we are pleased to see that EPA’s proposal for 2022 is consistent with Congressional intent to require 15 billion gallons of conventional renewable fuels like corn ethanol, it would be completely unprecedented—and contrary to EPA’s past policies and practices—for the agency to go back in time and revise the 2020 RFS requirements. The 2020 volumes were finalized nearly two years ago. Revising them now would undermine investment, create uncertainty, and go against EPA’s long-standing position that it does not have the authority to change RVOs once they are finalized. We recognize that the previous administration left the RFS program in total disarray when it departed Washington, and today’s package from EPA marks an important step toward finally putting the RFS back on track. However, today’s proposals do not quite get us all the way there, and more work is needed to ensure the RFS drives maximum growth in the production and use of low-carbon renewable fuels.”

Kurt Kovarik, Vice President of Federal Affairs at the National Biodiesel Board (NBB):
“During the past two years’ economic challenges, our industry worked hard to meet growing U.S. demand for cleaner, better fuels. We are confident that we can continue to grow and innovate to meet additional market needs. EPA’s rule provides some growth for advanced biofuels in 2022 and we hope puts an end to the demand destruction that resulted from unwarranted small refinery exemptions. We look forward to working with the agency to getting the RFS back on track. And we greatly appreciate the economic relief and incentives for infrastructure that USDA is announcing. … The long delay in setting 2021 volumes is a missed opportunity. Moreover, EPA is setting a bad precedent by recalculating the 2020 obligations. The retroactive lowering of volumes creates uncertainty about future growth.”