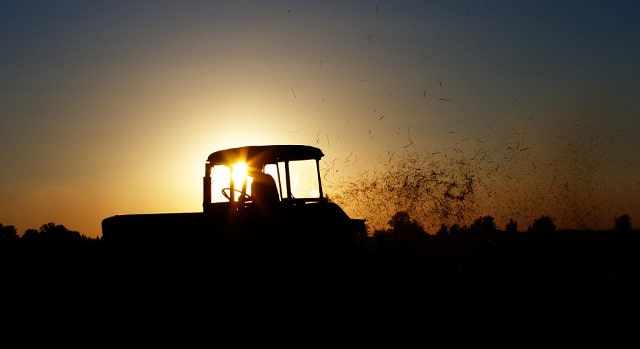 "The order directs the Secretary of Agriculture to collect input from farmers, ranchers, and other stakeholders on how to use federal programs to encourage adoption of climate-smart agricultural practices that produce verifiable carbon reductions and sequestrations and create new sources of income and jobs for rural Americans," stated the factsheet released by the White House. (Olgierd Rudak, Flickr/Creative Commons)

“The order directs the Secretary of Agriculture to collect input from farmers, ranchers, and other stakeholders on how to use federal programs to encourage adoption of climate-smart agricultural practices that produce verifiable carbon reductions and sequestrations and create new sources of income and jobs for rural Americans,” stated the factsheet released by the White House.

“The American Farm Bureau Federation appreciates that President Biden has committed to seek input from America’s farmers and ranchers as the administration works on new climate solutions. It’s crucial that as new strategies are implemented our leaders listen to the people who will be affected the most. While the president has invited us to the table, we’d like to invite him to the table we’ve already set through the Food and Agriculture Climate Alliance (FACA). Co-chaired by AFBF, FACA has outlined more than 40 recommendations to guide the development of federal climate policy. We stand ready to work with the administration on science-based, voluntary and market-driven programs. American agriculture already leads the world in climate-smart practices, but we are always looking for new ways to improve. We must ensure a healthy environment while creating income and job opportunities for rural America.”

The Executive Order outlines broad goals without details of how they will be achieved. AFBF will be closely monitoring federal implementation efforts to ensure all proposed policies and programs are responsible, fair-minded and enable farmers, ranchers and rural America to thrive.

A strong advocate of climate action, National Farmers Union (NFU) welcomed the effort, particularly provisions that will support climate-smart agricultural practices that sequester carbon in the soil and include farmers and other stakeholders in decision making. NFU President Rob Larew issued the following statement in support of the administration’s actions:

“Climate change is an immense, complex crisis with far-reaching consequences. To be successful in our fight against it, we must approach it immediately and from every angle possible – just as President Biden’s economy-wide climate plan intends to do. National Farmers Union is especially encouraged by the administration’s focus on climate-smart agriculture, whose capacity for mitigation and adaptation has been largely overlooked until recently.

“We are also pleased that President Biden has instructed the USDA to solicit input from farmers and other stakeholders as they develop and carry out climate programs; though lawmakers and administration officials are generally well-intentioned, they may not always recognize policies’ unintended consequences. By offering food producers a seat at the table, they can ensure that programs are feasible and beneficial for all parties involved.

“In the coming months, National Farmers Union will hold the administration to this promise and work with them to flesh out policies that provide farmers with the support they need to implement solutions and build resilience.”

The National Cattlemen’s Beef Association (NCBA) today issued the following statement in response to the Executive Orders from the Biden Administration addressing climate change and sustainability in the U.S. agriculture sector:

“NCBA looks forward to working with President Biden and his Administration as they recognize the positive role agriculture plays in addressing climate concerns. U.S. cattle producers use advanced technologies, genetics and grazing management to make their herds the most sustainable in the world,” said NCBA CEO Colin Woodall. “We appreciate the outreach and opportunity to provide feedback, demonstrating U.S. cattle producers are the model for global, sustainable beef production. As the administration works to carry out today’s executive orders, NCBA remains committed to ensuring that cattle producers have the resources and freedom they need to continue producing the world’s most sustainable beef.”

“Public lands ranchers truly are the original conservationists and their carefully-managed grazing programs are designed to facilitate healthy cattle and sheep, while also supporting sustained landscape health. As the Biden Administration develops a plan to achieve their goal of conserving 30 percent of our lands and oceans by 2030, we look forward to working with them to ensure these conservation efforts recognize the immense existing contributions of federal lands ranchers. PLC will continue to advocate for conservation policy that takes a comprehensive view of Western natural resource issues. We appreciate the administration’s outreach and look forward to showing them that conservation can only be achieved by working with ranchers who already protect America’s natural resources.”

The Land Trust Alliance, a national land conservation organization working to save the places people need and love by strengthening land conservation across America, today welcomed the United States president’s executive order that commits to the goal of conserving at least 30 percent of our lands and oceans by 2030. The following statement can be attributed to Andrew Bowman, president & CEO of the Land Trust Alliance:

“President Biden’s executive order calling for conservation of at least 30 percent of the U.S. land base by 2030 is one the Land Trust Alliance applauds. This is an audacious and timely conservation challenge that requires the conservation of millions of acres of land in private ownership. The nation’s land trusts are ready and willing to help private landowners conserve their lands at this ambitious scale.

“With a new sense of urgency, the land trust community will do its part together with farmers, ranchers, forest landowners, fishermen, tribes, states, territories, local officials and landowners across the country to help make the 30×30 goal a reality.”

More information about this issue is available from the American Nature Campaign at https://natureamerica.squarespace.com/why-30×30. The Alliance is an official supporter of this campaign’s Thirty by Thirty Resolution to Save Nature.