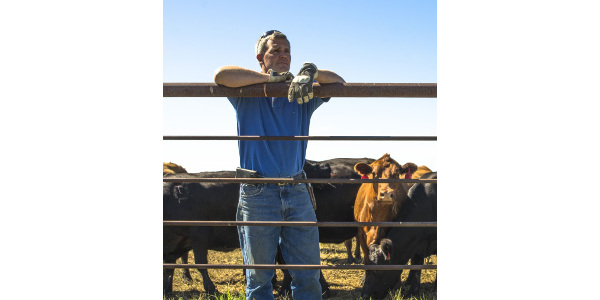 NASDA members, including South Dakota Secretary of Agriculture Mike Jaspers, voted on a number of measures that called on the new administration to pursue new trade agreements that create opportunities for agricultural producers. (Courtesy of SDDA)

WASHINGTON, D.C. — The National Association of State Departments of Agriculture (NASDA) emphasized the importance of international trade and expanded markets for U.S. agriculture at its annual Winter Policy Conference this week in Washington, D.C.  NASDA members, including South Dakota Secretary of Agriculture Mike Jaspers, voted on a number of measures that called on the new administration to pursue new trade agreements that create opportunities for agricultural producers. The measures also renewed their call for expanded market access in the Asia Pacific.

NASDA members recognize the gains U.S. agriculture producers have made under the North American Free Trade Agreement (NAFTA) and say that any renegotiation of the agreement must ensure the interests of agriculture are front and center. Members also voted to reiterate concerns about recent actions taken in Canada that adversely impact U.S. dairy producers.

NASDA members also established priorities for the next Farm Bill. Their seven priorities focus on enhanced funding for invasive species programs, the Specialty Crop Block Grant Program and the Market Access Program as well as robust funding for research, new tools for animal disease coordination, investments in voluntary conservation programs and language that addresses the challenges producers will have complying with the Food Safety Modernization Act.

NASDA represents the elected and appointed commissioners, secretaries and directors of the departments of agriculture in all fifty states and four U.S. territories.

Agriculture is a major contributor to South Dakota’s economy, generating $25.6 billion in annual economic activity and employing over 115,000 South Dakotans. The South Dakota Department of Agriculture’s mission is to promote, protect and preserve this industry for today and tomorrow. Visit SDDA online at http://sdda.sd.gov or find us on Facebook, Twitter and Instagram. SD Ag Chat podcasts can be found in the Ag News section at http://sdda.sd.gov/news. You may subscribe, free of charge, through Google Play Music, iTunes or from https://sdagchat.podbean.com/.