Home / National / Ag of the middle continues to shrink 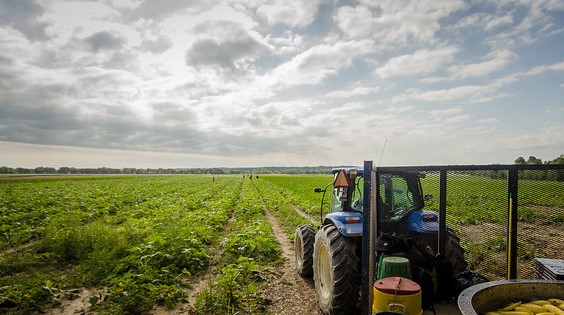 WASHINGTON — A new census design and improved data collection methods promised to produce a 2017 Census of Agriculture that would give farmers and food/farm advocates a clearer picture of the agricultural economy. A preliminary review by the National Sustainable Agriculture Coalition (NSAC) of the newly released 2017 Census of Agriculture found that beneath the new metrics and data points was a familiar takeaway – the continued consolidation of U.S. agriculture was taking more medium-sized family farms out of the game and concentrating wealth and power among fewer, larger agribusinesses.

“The 2017 Census of Agriculture puts hard data behind what American farmers and farmer advocates have known for some time – if we don’t invest in beginning farmers and the advancement of our family farms, and if we don’t put checks on increasing consolidation in agriculture, we’re going to be at risk of losing the ag of the middle entirely,” said Juli Obudzinski, NSAC Interim Policy Director.  “Seventy five percent of all agricultural sales are now coming from just five percent of operations. The total number of farms is down nationwide, while the average size of farms continues to increase. We can’t sit idly by while the middle falls out of American agriculture. If we’re going to reverse these trends, we need to focus on programs and policies – beginning farmer and rancher programs, local and organic agriculture, and farmer-driven research to name a few – that help our family farmers thrive, not just survive.”

The Census of Agriculture has been conducted every five years since 1840, and is administered by the U.S. Department of Agriculture’s (USDA) National Agriculture Statistics Service (NASS). In this most recent edition of the census, we see a sharp shift from the economic peaks of 2012. Despite some of the more disturbing revelations of the 2017 Census – declining farm incomes, increased production expenses, and continued farm consolidation – however, there were several bright spots that should serve as guideposts for the coming years of federal food and farm policy.

“The are several positive points in the 2017 Census, which show us the direction in which we could be moving if we make the right investments and policy decisions at the federal level,” said Obudzinski. “Beginning farmers have increased by five percent over the last five years, for example. That’s a clear sign that interest in agriculture is rising – but it also means that we’ve got to increase our investment in support and outreach to meet that rising interest. We’re also seeing great trends in the organic industry – average organic sales per farm grew by 84 percent and the number of acres transitioning into certified organic also increased by 15 percent over the same period. Similarly, local food sales continue to rise; the sector is up by roughly $1.5 billion since the last Census.”

Additional takeaways from the 2017 Census of Agriculture include:

NSAC plans to publish a more detailed analysis of the 2017 Census on their blog in the coming weeks.

“This data is critical to our ability to advocate for sustainable agriculture and family farm programs at the federal level,” said Obudzinski. “We thank all the farmers who took time out of their busy schedules to fill out the Census and provide this important information. We would also like to thank NASS for getting this complex information out in a timely manner. NSAC is committed to continuing to work with NASS to make the Census as effective and accessible as possible, and also committed to using this data to continue our work with Congress, with USDA, and with our members to advance sustainable agriculture nationwide.”