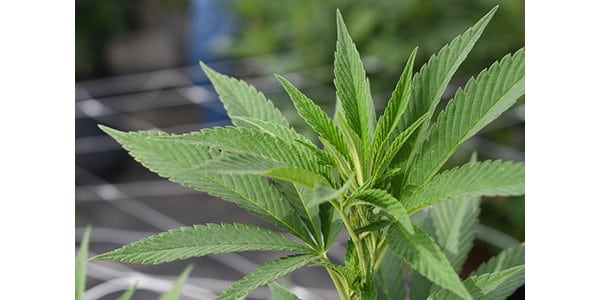 While a major crop in Missouri in the early and mid-19th century, hemp decreased in production through late 19th and 20th centuries as other fiber crops became more profitable. In recent years hemp is beginning to be reintroduced in Missouri. (K-State Research and Extension)

JEFFERSON CITY, MO — As I’ve written before, I’ve always loved the policymaking responsibility of serving as Missouri’s director of agriculture. As lawmakers write laws as a skeleton framework, it’s usually up to state agencies to fill them in with regulations that further decide how a program will run.

Over the past several years, we’ve done just that with our Industrial Hemp Program in Missouri. Although hemp has been a moving target between federal and state statutes, it has been a welcome diversification option for some of our farmers.

In 2020, the state wrapped up its first legal commercial crop in decades with more than 800 acres being planted. Our team has navigated the complex world of policy regulations to charter the world of hemp production, although it isn’t an entirely new adventure for Missouri.

While industrial hemp is just now starting to be reintroduced to Missouri fields, it got its start in the state more than 185 years ago. It was around 1835 when hemp was first planted in the state, but the years that followed proved the production of industrial hemp to be very successful.

Missouri was the top hemp-producing state for nearly two decades. Between the 1850s and 1870s, the state was second only to Kentucky in hemp production. During this time, most of Missouri’s hemp was produced in central and northern Missouri, which was supported by the Missouri River allowing exports of hemp to be easily transported.

Hemp production peaked just before the Civil War and then began a steady decline. Soon other fiber crops were much more profitable to produce, and hemp producers were facing issues transporting hemp to Eastern markets. The Marijuana Tax Act Law was passed in 1937, implementing taxes on the sale of hemp. This further cut the production of this fiber in the state.

Missouri industrial hemp was prohibited for many decades, until a recent bill revived the industry.

In 2014, the federal farm bill authorized states to have pilot programs for growing industrial hemp. In 2018, Missouri authorized its program. Since then, the ag department has worked to get its Industrial Hemp Program off the ground.

Here at the Missouri Department of Agriculture, we regulate two permits for growing industrial hemp in the state. The Agricultural Hemp Propagule and Seed Permit is needed for selling or distributing hemp cutting, clones, seed or transplants. The Producer Registration is needed to grow industrial hemp.

Our staff works diligently to make sure hemp that is grown in the state is growing in ways that are permitted. The new program has worked to fulfill the regulation of industrial hemp set forth by legislators, as well as worked with producers to ensure compliance.

A hallmark of the state’s Industrial Hemp Plan was a pathway for producers to hire third-party certified samplers to collect compliance samples before harvest. This flexibility was incredibly important to keeping the program’s fees down for our producers, while also ensuring the availability of trained samplers during peak harvest season. In 2020, the state has trained and certified 80 industrial hemp samplers.

The bills passed in 2014 and 2018 have only begun to put industrial hemp back in Missouri fields. In the future, we expect the planting and harvesting of industrial hemp to continue.

In September, the Missouri State Plan for Industrial Hemp was approved without requiring additional regulatory changes. This gives producers consistency through the 2021 growing season.

To learn more about the Industrial Hemp Regulatory Program or the Missouri Department of Agriculture in general, visit Agriculture.Mo.Gov.

Chinn is the director of the Missouri Department of Agriculture and a hog producer from Clarence, Mo.