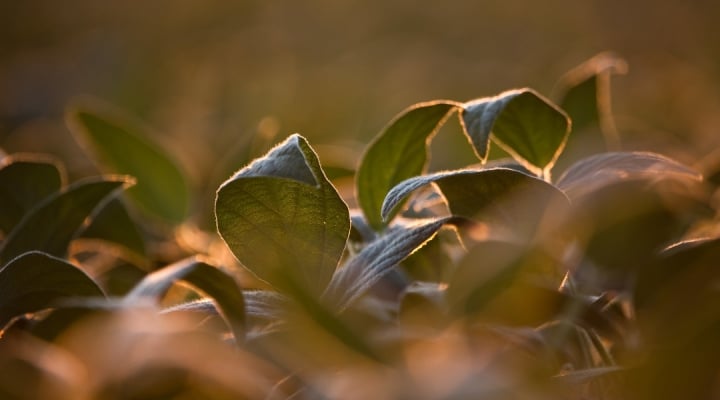 Brad Doyle, soy farmer from Arkansas and president of the American Soybean Association commented, “EPA’s proposed interim decision back in December 2020 for the re-registration of chlorpyrifos found 11 high-benefit, low-risk crop uses1 that the agency was confident ‘will not pose potential risks of concern.’ How can they now deny all uses, even when the court gave them options for keeping those found safe?” (United Soybean Board, Flickr/Creative Commons)

WASHINGTON — When the government agency entrusted with making science and evidence-based decisions to protect human health ignores the findings of its own scientists, there must be accountability. Ag groups representing thousands of farmers and farmer-owned cooperatives that will be harmed by the Environmental Protection Agency’s decision to revoke all tolerances of chlorpyrifos are taking legal action against the agency: They are frustrated over EPA’s disregard for its own science confirming the crop protection tool can be used safely, effectively, and without dietary or environmental risk.

Brad Doyle, soy farmer from Arkansas and president of the American Soybean Association commented, “EPA’s proposed interim decision back in December 2020 for the re-registration of chlorpyrifos found 11 high-benefit, low-risk crop uses1 that the agency was confident ‘will not pose potential risks of concern.’ How can they now deny all uses, even when the court gave them options for keeping those found safe?”

The agricultural stakeholders taking legal action are first seeking an injunction of the rule to prevent the first wave of significant, irreparable damage the chlorpyrifos revocation would cause if it were to take effect on the Feb. 28 implementation date. The groups are ultimately seeking vacatur of the rule where it conflicts with well-established, properly developed science—specifically, the 11 uses found safe.

Farmers prioritize safe use of pesticides for a multitude of reasons related to safe food production and stewardship. The revocation rule undermines their efforts by removing a critically needed tool.

American Farm Bureau President Zippy Duvall said, “Farmers are highly motivated to use pesticides judiciously as part of their commitment to produce safe, nutritious foods while also being good stewards of the land. Taking away this tool takes us backward by increasing the use of less effective pesticides to compensate and, in some cases, sacrificing crops that supply our food when no other defense exists against certain pests.”

Stakeholder groups have filed formal objections highlighting the significant harms that would result from the rule and have asked for formal hearings and a stay of the rule until these objections can be addressed. EPA’s failure to consider these concerns or rescind the rule would have major consequences for growers and the food, fuel, and fiber they supply across multiple crops. For many growers, chlorpyrifos is the only or one of very few tools to protect crops from certain pests. Losing chlorpyrifos would expose those growers to hundreds of millions—to billions—of dollars in potential damages.

The revocation rule also requires food holders to provide retroactively-required application documents, which could result in the destruction of millions of dollars of perfectly safe food over a paperwork issue. These requirements come despite EPA’s acknowledgement that, “considering food exposures alone, the agency did not identify risks of concern.” Of additional concern to growers is that EPA is also discontinuing uses when an actual food crop is not present, such as to tree trunks before the fruit has developed, on dormant fields, or to crops subject to further processing in which residues would not be detected.

“Based on EPA’s own safety assessment of chlorpyrifos for sugarbeets, our growers have depended on this effective and essential product to protect their crops from certain disaster while providing safe, high-quality sugar from American consumers,” said Nate Hultgren, president of American Sugarbeet Growers Association.

If EPA does not listen to its own career scientists when making these decisions, America’s growers and food suppliers fear what the future of farming looks like.

“It is unfortunate that we are forced to take these drastic steps. However, with the revocation of such an important chemistry in our industry, our growers stand to suffer irreparable harm. Michigan, with almost 5 million sweet and tart cherry trees, grows 70-75% of the total U.S. production of tart cherries and close to 20% of the total production for sweet cherries. Chlorpyrifos is critical to the Michigan cherry industry, as there are no alternative products that effectively control trunk borers,” said Julie Gordon, president of Cherry Marketing Institute.

Last October, more than 80 agricultural groups filed formal objections to EPA’s rule revoking all tolerances of chlorpyrifos. Stakeholders, by law, can object to pesticide tolerance changes or cancellations, and the EPA Administrator must then respond. The groups asked EPA for evidentiary hearings and to stay implementation of the rule until objections could be formally considered and addressed by the agency. The objections, hearing requests, and stay requests have not been addressed by EPA to date. A full copy of the coalition stakeholder objection letter can be found here.

Cherry Marketing Institute is a national organization that represents U.S. tart cherry growers in Michigan, Wisconsin, and Utah for a variety of issues including national and international marketing, government, research, and other industry needs. CMI also represents the Michigan sweet cherry industry, as well. For more, visit usacherries.com.