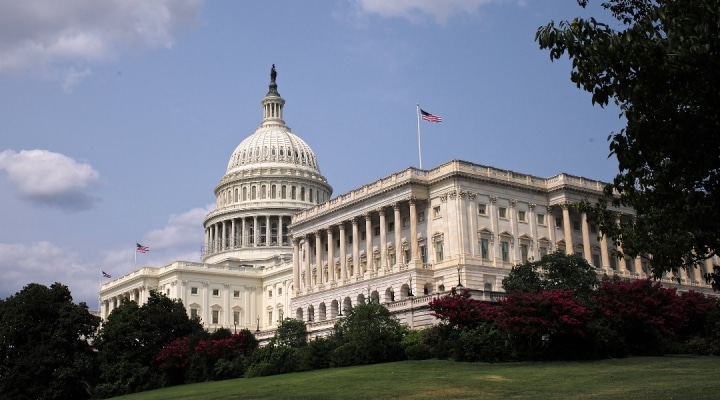 WASHINGTON — Editor’s note: U.S. Rep David Scott (D-Ga.) was selected to serve as the chairman of the House Agriculture Committee, after Rep. Collin Peterson lost his bid for reelection. Representative Glenn “GT” Thompson (R-Pa.) was selected to serve as the ranking member of the Agriculture Committee. The below statements were released following these announcements.

“We at the American Farm Bureau Federation congratulate Representative Scott on his selection to be the next chair of the House Agriculture Committee. For almost two decades Congressman Scott has worked on behalf of farmers and ranchers. His legislative experience, a childhood working on his grandparents’ farm, and being the first African American chosen to lead the committee all give him a unique perspective needed to tackle the challenges facing rural America.

“We congratulate Representative Thompson on his selection as the ranking member of the House Agriculture Committee. Congressman Thompson’s rural American roots and his bipartisan spirit have been a driving force in addressing the needs of America’s farmers and ranchers.

“We have the opportunity to work together to address the pressing needs of rural America during the 117th Congress. We must strengthen the farm bill and find a fair solution to the farm labor shortage. We look forward to creating partnerships that build on the strides we’ve made in climate-smart practices. And, it’s essential we finally bridge the digital divide that has kept rural America from accessing the full potential of the nation’s broadband.

“All this can be done when we focus on a common goal. Farm Bureau stands ready to work with Agriculture Committee leadership in addressing the important issues facing America’s farmers and ranchers.”

Georgia Representative David Scott was selected today by his fellow House Democrats to lead the House Agriculture Committee as its next chairman. Scott, the first Black legislator to hold the position, will be joined by Pennsylvania Representative Glenn Thompson, who was elected to serve as the ranking Republican member of the committee.

In a statement, National Farmers Union (NFU) President Rob Larew congratulated Scott and Thompson and said he looked forward to working with both legislators on stronger food and farm policy:

“Representatives Scott and Thompson bring a real breadth of knowledge and experience to the House Agriculture Committee’s leadership.

“Since taking office 18 years ago, Representative Scott has served continuously on the House Agriculture Committee, where he has garnered a reputation for his bipartisanship. In his previous role as ranking Democrat of the General Farm Commodities and Risk Management Subcommittee and in his current position of chairman of the Commodity Exchanges, Energy and Credit subcommittee, he has gained valuable expertise that will serve him well when he takes the reins from current Chairman Collin Peterson. Furthermore, Chairman Scott’s election makes him the first Black legislator to serve as the committee’s chairman, an important step towards greater diversity in agricultural leadership.

“Not only do Representatives Scott and Thompson have strong backgrounds in agricultural policy, but they both understand the importance of bringing together a broad coalition to support the food system, which will prove exceptionally useful in the months ahead. National Farmers Union congratulates the Representatives on their well-earned leadership positions; we look forward to working with them to develop policies that support family farmers, ensure food security, and bolster rural communities.”

National Corn Growers Association President John Linder today made the following statement after it was announced that Rep. David Scott, D-Ga., would serve as Chairman of the U.S. House Agriculture Committee for the 117th Congress.

National Corn Growers Association President John Linder today made the following statement after it was announced that Rep. Glenn ‘GT’ Thompson, R-Pa., would serve as Ranking Member of the U.S. House Agriculture Committee for the 117th Congress.

“The National Corn Growers Association congratulates Representative Thompson on his new role as Ranking Member of the House Agriculture Committee. In his time on the Committee, Thompson has been a strong advocate for farmers and policies impacting rural America. We look forward to continuing to work with him and members of the Agriculture Committee on behalf of America’s corn farmers.”

The National Milk Producers Federation today congratulated Representative David Scott (D-GA) on being elected by his colleagues to serve as the Chairman of the House Agriculture Committee in the 117th Congress. Rep. Scott has served on the committee since coming to Congress in 2003.

“We congratulate Congressman Scott on his new role as Chairman of the House Agriculture Committee and look forward to working closely with him to address the challenges facing the nation’s dairy farmers and their cooperatives,” said Jim Mulhern, NMPF president and CEO. “We value his years of service on the committee and appreciate his support on numerous issues, ranging from nutrition to environmental policy.”

Rep. Scott previously served as Chairman of the Dairy Subcommittee during the 2009 dairy market collapse and has supported bipartisan legislation to enhance milk consumption in our schools. In addition to his work on multiple farm bills, he has also backed several important environmental and sustainability measures, including 2016 agricultural biotechnology disclosure legislation.

“Representative Scott oversaw the Dairy Subcommittee at an important time for the industry, during the unprecedented downturn of 2009. We look forward to once again partnering with him as dairy producers continue to weather significant challenges, including those brought on by the COVID-19 pandemic during the last year,” Mulhern said.

The National Milk Producers Federation today congratulated Representative Glenn ‘GT’ Thompson (R-PA) on being elected by his colleagues to serve as the Ranking Member of the House Agriculture Committee in the 117th Congress. Rep. Thompson is the descendant of a long line of dairy farmers and been a champion of dairy producers on the House Agriculture Committee since coming to Congress in 2009.

“We have enjoyed working with Congressman Thompson and his team for years. GT has been a vocal and effective advocate for the needs of dairy farmers in Pennsylvania and throughout the country,” said Jim Mulhern, NMPF president and CEO. “He also has a keen understanding of the need to build a vibrant rural economy to sustain a safe, abundant, and affordable food supply to nourish our country and our planet.”

During his time in Congress, Rep. Thompson has played a critical role in enacting bipartisan policies that create an effective climate for dairy farmers and their cooperatives to produce safe, healthy dairy products in an environmentally sustainable manner. As Vice Chairman of the Agriculture Committee, GT worked with his colleagues to secure much-needed dairy policy reforms, culminating in the Dairy Margin Coverage program created in the 2018 Farm Bill.

Congressman Thompson served as Chairman of the Conservation and Nutrition Subcommittees during the writing of the last two farm bills. He has championed bipartisan legislation to improve the effectiveness of farm bill conservation programs and to enhance consumption of nutritious dairy products. In addition, GT has been a vocal advocate for expanding markets for all farmers, helping to push through the US-Mexico-Canada Agreement last year.

“Congressman Thompson’s bipartisan record of achievement speaks for itself, and we are eager to work with him to build on that record as he assumes his new role,” said Mulhern. “We congratulate GT on his appointment as Ranking Member and know he will continue to be a leading voice in the House for dairy and all of agriculture.”

Congressman David Scott (D-GA) was chosen as the next chairman of the House Agriculture Committee for the 117th Congress, overwhelmingly elected yesterday by the full House Democratic caucus.

“On behalf of the chicken industry, I want to congratulate Congressman Scott on being named the next Chairman of the House Agriculture Committee, a historic achievement as the first African American and first Georgia House member to ever hold the position,” said NCC President Mike Brown. “As a veteran of the committee, and a long-time member of the Congressional Chicken Caucus, he brings a wealth of experience and knowledge of agricultural issues to the chairmanship. We look forward to working with him in the 117th Congress on matters of importance to our industry.”

Congressman Scott was originally elected to the House of Representatives in 2002 and has served on the Agriculture Committee in every Congress since. Currently in his ninth term, he represents Georgia’s Thirteenth Congressional District, which includes six counties around metro Atlanta: Cobb, Clayton, Douglas, Fayette, Fulton and Henry. He began his public service by being elected to the Georgia General Assembly in 1974.

“Congressman Scott’s selection by his peers to lead the House Agriculture Committee is a testament to his longstanding work in food and nutrition policy,” said Potts. “Congressman Scott has been a strong ally of animal agriculture and we look forward to working with him on the issues with that impact the meat and poultry industry.” 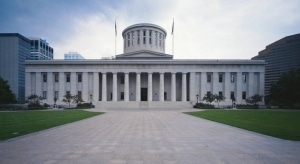