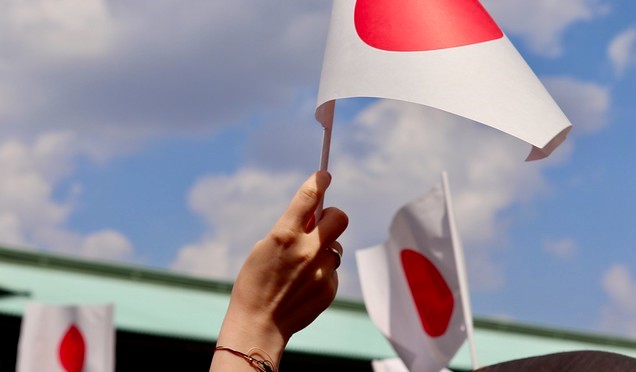 WASHINGTON — Editor’s Note: Several agricultural organizations have expressed their support for the recently announced U.S.-Japan trade agreement. Their statements are listed below.

The United States and Japan today announced they reached an agreement on a trade deal that further opens markets for both countries. Agriculture is among the biggest beneficiaries. The following statement may be attributed to American Farm Bureau Federation President Zippy Duvall:

“Today’s announcement that the two countries have reached an agreement and have completed agricultural negotiations is a positive step for America’s farmers and ranchers.

“Japan is American agriculture’s fourth-largest export destination and vital to the livelihood of hundreds of thousands of farms and the families who live on them. We export nearly $13 billion a year in agricultural products to Japan, even as we continue to face steep tariffs on many exports.

“This agreement, once signed, will lower tariffs and put U.S. farmers and ranchers on a level playing field to compete in Japan with countries that participate in the Trans-Pacific Partnership. That’s good news.

“The time for trade wars has come and gone. We are thankful the administration has reached this deal and we urge trade negotiators to achieve many more like it. Farmers and ranchers need to get back to doing what they do best: feeding a hungry world that needs what they produce.”

The US and Japan have reached an agreement on agricultural and industrial tariffs and digital commerce.  While the agreement itself is not yet finished, a statement explaining the agreement was signed Sept. 25, 2019.

Under the agreement, Japan will place the same level of agricultural tariffs on U.S. goods as it places on CPTPP countries and the EU. By way of example, the 38.5% tariff on U.S. beef will fall to the 26% placed on beef from Australia, Canada and the EU. Some other foods such as duck, geese, turkey peaches, melons and more would enter duty-free.

The Japanese Parliament is expected to approve the agreement later this fall. It may take effect as early as Jan. 1, 2020.

There is no action by the U.S. Congress necessary, as this is not a full trade agreement that involves substantive changes to existing U.S. law.

Many other issues, contained in a “Phase 2” negotiation, will be dealt with in future talks with Japan.

“This agreement is a significant step in further opening an already important market for American farmers and ranchers. While we look forward to seeing the full text of the final agreement, this is a step in the right direction. Our farmers need trade wins, not trade wars. We hope this new agreement leads to more wins, as well as progress in achieving a better trade relationship with China.”

The American Soybean Association (ASA) supports a strong global marketplace and is pleased the White House has finalized a trade agreement with Japan, a top 10 export market for soybeans.

Davie Stephens, president of ASA and grower from Clinton, Kentucky, spoke on behalf of the association, “Japan has long been a valued and reliable trading partner for soybeans, and we appreciate that the agriculture component of this deal will assure continued market access for our beans and other ag products. As we go through the details of the agreement, we extend a thank you to the Administration for finalizing this deal.”

With a 63% market share, the United States is the largest soybean supplier to Japan, with exports totaling $976 million in 2017. ASA looks forward to working with the Administration on the next steps towards reaching a comprehensive free trade agreement.

The U.S.-Japan agreement announced by the President will solidify our longstanding partnership for the future and create a platform for growth into new sales and new sectors, including the potential for sales of U.S. ethanol.

Japan is one of the largest and most loyal U.S. corn customers, having bought more than $2 billion of U.S. corn in the most recent marketing year. It is an important market for food and feed barley and sorghum. And as a country looking to improve the environmental impact of its fuel, it is an important future market for U.S. ethanol products.

The details revealed today about the trade agreement between the U.S. and Japan show that this pact would bring commodities the U.S. Grains Council represents largely back in line with the Trans-Pacific Partnership Agreement (TPP) and put these commodities on equal footing with other current Comprehensive and Progressive Agreement for Trans-Pacific Partnership (CPTPP) countries. This access is welcomed by our members in the U.S. grains production and exports sectors, and we look forward to rapid implementation of the new agreement.

While this is the first in several rounds of agreements yet to come and we hope to see continued improvement in the ethanol sector, this is a good first step. We encourage the administration to pursue broader access for all of agriculture and we move forward with our partner, Japan.

The National Corn Growers Association welcomed the news of a trade agreement between the United States and Japan that will increase market access for American agriculture products in Japan. NCGA President Lynn Chrisp made the following statement.

“Japan has been a strong trading partner and friend for American agriculture, now the second-largest purchaser of U.S. corn. NCGA has long-advocated for an agreement with Japan and, with many farmers struggling amid challenging times in agriculture, this is very welcome news. While we await further details, it seems this phase one agreement will deliver for corn farmers and build upon our successful partnership with Japan.”

The United States and Japan outlined initial details of a trade deal today as the countries work on details of a broader agreement in the coming months.

Under the agreement, frozen U.S. poultry will be among the agricultural products that will benefit from staged tariff elimination.

“While final details regarding agriculture still need to be worked out, today’s signing is welcome news and we would like to thank President Trump, Secretary Perdue and Secretary Lighthizer for their work negotiating trade deals that stand to benefit U.S. chicken.”

According to USDA, U.S. chicken exports to Japan in 2018 were 19,265 metric tons valued at $32.5 million. Fully removing tariffs would stand to benefit the U.S. industry and lead to increased exports of U.S. chicken products.

Following the announcement today that the United States and Japan have reached a limited trade deal to reduce tariffs on agricultural and industry products and address digital trade issues, the American Feed Industry Association’s (AFIA) President and CEO Joel G. Newman made the following statement:

“I applaud President Donald Trump and Japanese Prime Minister Shinzo Abe for returning to the table to negotiate a bilateral trade deal that will put U.S. agricultural products back on a more-level playing field with its competitors in the region. Japan is one of the U.S. animal food industry’s most valuable export markets, representing roughly a third of all exports for feed, feed ingredients and pet food products. As the two countries work toward negotiating an agreement beyond this initial limited trade deal on tariff reductions, we hope that they will address outstanding sanitary and phytosanitary and regulatory issues our industry faces.”