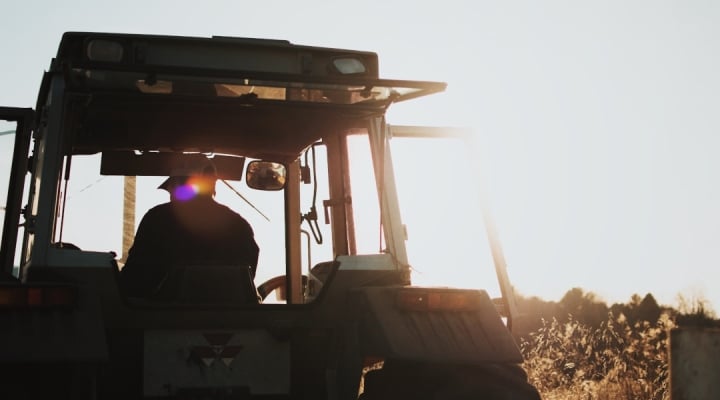 While the global economy remains firmly on track to expand in 2022, a number of challenges are poised to serve as obstacles for the agriculture and construction equipment industries in the weeks and months ahead. (Photo by Spencer Pugh on Unsplash)

MILWAUKEE, Wis. — While the global economy remains firmly on track to expand in 2022, a number of challenges are poised to serve as obstacles for the agriculture and construction equipment industries in the weeks and months ahead.

According to the latest business intelligence data from AEM, the global economy expanded by a robust 5.1 percent in 2021. And while projected growth of about 3.9 percent is expected for 2022, slower growth seems like a foregone conclusion. Short-term factors like the lingering COVID-19 pandemic, ongoing supply chain issues and persistent labor shortages, as well as long term factors like deglobalization and inflation, have emerged to dampen enthusiasm a bit on the heels of what has been a strong economic resurgence worldwide.

“The last recession we experienced ended the longest period of economic expansion in the United States, and that recession lasted from February 2020 to April 2020,” said AEM Director of Market Intelligence Benjamin Duyck. “Two months, in traditional economic terms, can’t even be accurately described as a recession. However, this economic disruption has impacted us all greatly, and we are still dealing with the aftereffects today – labor shortages, supply chain problems and higher interest rates.”

CONTINUED GROWTH ON THE HORIZON

The question of when the next economic recession will hit is one that’s easily asked, but not so easily answered. Recent volatility in the stock market has done little to quell concerns. However, the stock market is still up 20 percent when compared to a year ago, and 30 percent from two years ago (just prior to the onset of the COVID-19 pandemic).

“Can we accurately predict the next recession?” asked Duyck. “No, and it’s a common joke that economists predicted 15 of the last 10 recessions. In other words, they are frequently wrong and pessimistic. Though, it will be interesting to see what happens, especially with high inflation.”

AEM has surveyed its members quarterly for nearly two years regarding how quickly they expect to recover to pre-COVID-19 levels. For some time, the responses had been generally quite positive, according to Duyck.

“But the data for this last quarter is moving again in the other direction, largely due to the headwinds we’re facing with inflation, workforce issues and supply chain disruptions,” he said.

When it comes to ag equipment, the impact of inflation can’t be understated. There has been an 11.7 percent year-over-year increase in the prices of farm machinery. On the construction side, inflation is a little lower, but it has been rising gradually, with a 9.7 percent increase in the last quarter.

Talent acquisition is also a significant – and troublesome – factor for ag and construction equipment manufacturers. According to the results of AEM’s most recent quarterly member survey, hiring on the manufacturing floor remains a major issue – 84 percent of all respondents have experienced issues in this particular area, while 90 percent of all ag members surveyed have dealt with this particular issue.

Respondents offered a wide range of potential strategies and tactics for addressing hiring challenges – internships, educational partnerships, higher wages, bonuses, marketing and recruitment efforts, flexible hours, and outsourcing, are among the most common – but it’s clear workforce will remain a prevalent issue for equipment manufacturers for the foreseeable future.

What’s also just as clear are the factors that have led to the supply chain problems currently plaguing ag and construction equipment manufacturers, according to Duyck.

“COVID-19, followed by growing numbers of employees leaving the workforce, have led to both shutdowns and scarcity of products,” he added.

As a result, and in response, the supply chain has intended to initially adjust production lower, expecting lower demand. In addition, shipping companies cut schedules, expecting a drop in demand for shipments. And while demand in some aspects of the economy dropped, the decrease was not evenly spread over all industries and all workers.

According to AEM’s most recent quarterly survey of its members, more than 95 percent of ag and construction equipment manufacturers that responded said they are experiencing supply chain issues. However, it appears either demand is beginning to normalize, or supply chain signaling is improving, because 44 percent of respondents noted the issues are beginning to turn around.

“For the vast majority of these people, issues are both domestic and global,” said Duyck. “The issues are also widespread, but consensus opinion among members is that the issues lie particularly with prices, shipping and quantities of raw materials and, subsequently, inputs and components. In addition, the issues do not necessarily lie at the endpoint or receiving shipping, but rather at the supplier source – and especially international shipping.”

However, despite all the challenges impacting the ag and construction equipment industries, growth is still expected (albeit at a slower rate than in recent months).

For the construction equipment market:

For the ag equipment market:

“Ultimately, the imbalance between supply and demand and COVID-19 restrictions eliminated all the inventory and the grease that allows the global supply clock to operate,” said Duyck. “Another metaphor that maybe hits closer to our industries is this: We’re running a machine that’s low on oil, and almost out of it. The machine will continue to run, and maybe even run for a while – until it doesn’t.”

About the Association of Equipment Manufacturers (AEM)

AEM is the North America-based international trade group representing off-road equipment manufacturers and suppliers with more than 1,000 companies and more than 200 product lines in the agriculture and construction-related industry sectors worldwide. The equipment manufacturing industry in the United States supports 2.8 million jobs and contributes roughly $288 billion to the economy every year.

How is cabbage grown organically?