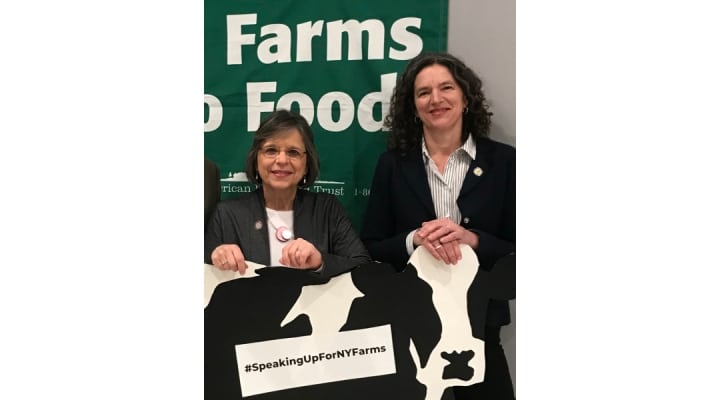 ALBANY — The Chairs of the New York State Assembly and Senate Agriculture Committees are calling on the USDA to postpone finalizing the US Domestic Hemp Production Program Final Rule. In a letter to Commissioner Sonny Purdue, Assemblywoman Donna Lupardo and Senator Jen Metzger described the proposed USDA hemp regulations as “onerous and counter-productive” to growing the nation’s hemp industry.

Rather than try to create new regulations that would stifle the growth of the hemp industry, the letter goes on to urge the USDA to extend the hemp provisions under the 2014 Farm Bill until 2022. By doing this, the federal government would have the necessary time to develop guidance that will promote and nurture the industry, Lupardo and Metzger wrote.

“The Interim Final Rule proposed by the USDA would make it nearly impossible for New York and many other states to comply,” said Assemblywoman Lupardo, Chair of the Assembly Committee on Agriculture. “The new regulations are costly and burdensome and would most certainly have a negative impact on an industry that has been creating new economic opportunities for farmers, processors, manufacturers, and retailers. The USDA should put this process on hold and take additional time to develop federal guidelines that will support and grow the hemp industry throughout the country.”

“The USDA’s Interim Final Rule on Hemp is entirely unworkable and will stifle this promising new industry and the benefits it would bring to farmers and businesses across the supply chain, as well as to consumers,” said Senator Metzger, Chair of the Senate Committee on Agriculture. “New York farmers have already invested heavily to develop this high-value crop under the 2014 Farm Bill, and the new rule threatens to stymie the growth of the hemp sector. We urge Secretary Perdue to hear our concerns and those of states across the country, and keep the 2014 Farm bill provisions in place until a more flexible and more workable approach is developed.”

Among the concerns raised by Lupardo and Metzger in their letter are the provisions regarding the timing of sampling and testing, disposal of non-compliant plants, and reporting requirements. The two Committee Chairs also note that the Interim Final Rule would require “extraordinary resources” to implement; the State’s Departments of Agriculture and Health, which have been overseeing hemp in NYS are short staffed and will not likely be able to add new staff because of state budget concerns.

The USDA has reopened the comment period for the Interim Final Rule. Comments can be submitted by emailing farmbill.hemp@usda.gov. To read the letter sent to the USDA by Assemblywoman Lupardo and Senator Metzger, click here.

–The Office of Assemblywoman Donna Lupardo