Home / Missouri / Ag business group re-elects Krissek, Johansen
A new user experience is coming! We'll be asking you to login to your Morning Ag Clips account March 1st to access these new features.
We can't wait to share them with you! Read more here. 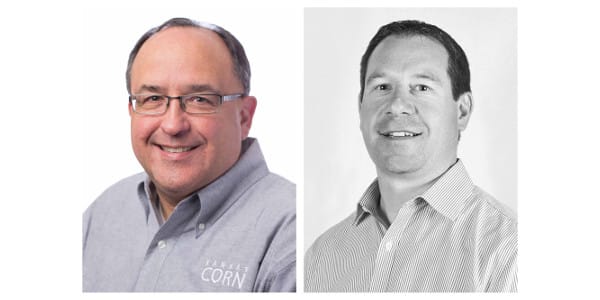 Krissek, a native of Kansas City, Kansas, has over 30 years’ experience working with agriculture and ethanol sectors. Prior to being named CEO of Kansas Corn in 2014, his previous stints included executive positions with Kansas Department of Agriculture, ICM, Inc., and Kennedy and Coe. He earned his law degree and MBA from the University of Denver. He earned his bachelor’s degree from Rockhurst University in Kansas City.

Johansen manages the Kansas City office of Osborn Barr Paramore and leads OBP’s animal agriculture and equipment practices. Previously he spent nearly 20 years at Caterpillar in sales and marketing. Johansen was raised on a farm in central Missouri and is a graduate of the University of Missouri.

The Council’s Board of Directors is composed of 20 persons who serve staggered two-year terms. Those elected to the Board for a two-year term commencing January 1, 2021 were:

Krissek extended his thanks to several outgoing leaders who have played an influential role in the Council’s activities through the years. Those include long-time board members Gary Anderson, Dennis Bode, Ron Seeber, and Alan Wessler.