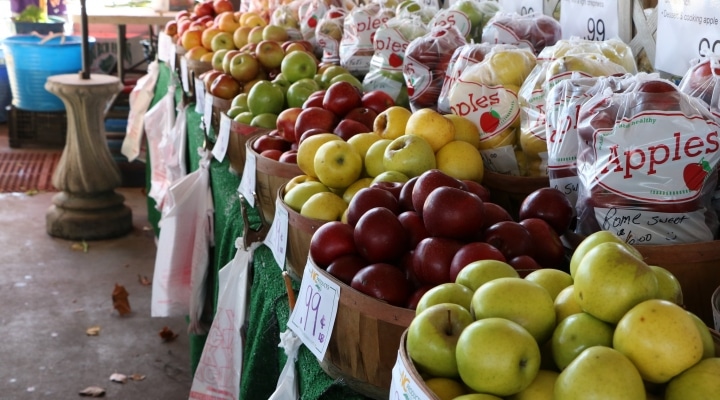 North Carolina’s agriculture and agribusiness industry remains a powerhouse, generating about one-sixth of the state’s income and jobs, and it recently set a record in terms of its contributions to the state’s gross domestic product. (photo by NCAgriculture, Creative Commons/flickr.com)

RALEIGH, N.C. — North Carolina’s agriculture and agribusiness industry remains a powerhouse, generating about one-sixth of the state’s income and jobs, and it recently set a record in terms of its contributions to the state’s gross domestic product.

A recently released industry snapshot (PDF) – the latest in an annual series that North Carolina State University economist Mike Walden began compiling in the 1980s – shows that over 16%, or $92.7 billion of the $564 billion gross state product was contributed by value-added income from the food, natural fiber and forestry in 2018.

Walden, a William Neal Reynolds Distinguished Professor in the Department of Agricultural and Resource Economics, said that food, fiber and forestry also provided jobs for over 772,000 of the state’s 4.4 million employees.

Numbers Capture the Complete Supply Chain
The report reflects not just jobs and income from farming but also for manufacturing, wholesaling and retailing.

“This does include what farmers do, but it also then follows what is popularly called the supply chain of food, natural fiber and forestry products,” Walden said. “These numbers capture all of that economic activity.”

In 2018, farming constituted a $17 billion endeavor in North Carolina and served as the backbone for a much larger agriculture and agribusiness enterprise that Walden calls the state’s Number One industry.

Walden’s figures reflect value-added incomes: At the farm level, value-added is sales. At the manufacturing, wholesaling and retailing levels, it does not include the value of inputs produced outside of North Carolina, and it avoids over-counting of products used several times in the production chain, Walden explained.

Over the years that Walden has prepared his analysis, he’s seen agriculture and agribusiness continue to grow and yet still decline in terms of its percentage of the larger economy.

“That shouldn’t be necessarily concerning because what’s happening is we have modernized our economy, and more people have moved here and we become a richer state,” Walden said. “People spend their money on other things other than food and natural fiber and forestry products. They buy technology, they buy vehicles, etc.”

COVID-19 Will Take a Toll on Numbers for 2020
Because Walden’s data come from multiple state and federal sources, it’ll be two years before the economist will have the figures he needs to complete his analysis for the 2020 calendar year. Still, based on what he’s seeing, he expects the economic contributions from food, natural fiber and forestry industries to fall significantly because of COVID-19.

The food processing sector – particularly for meat and poultry products – was hit hard early on by social distancing measures and outbreaks that forced shutdowns and slowdowns at processing plants across the country.

While the situation has improved, it did create challenges for poultry and hog producers, who generate about two-thirds of North Carolina’s annual farm sales. These farmers had been expecting strong demand, but the demand dropped significantly because of the decreased processing capacity.

“I suspect the 2022 report will show probably a very substantial drop, particularly at the processing sector and the farm sector,” Walden said.

Nematode has potential to reduce cotton yields by 50%