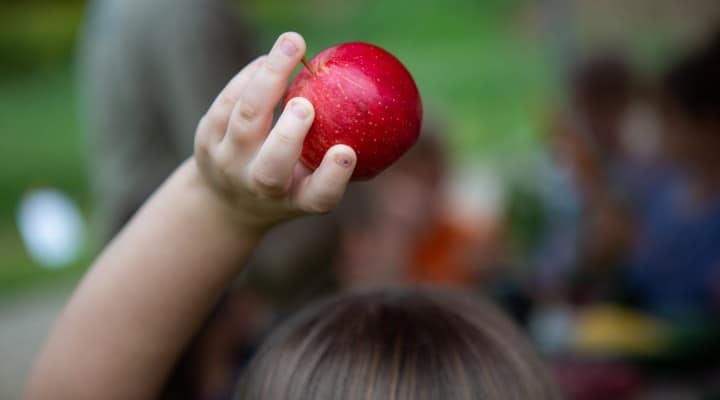 “First, New York’s nation-leading farm to school programs have incredible economic potential for our state’s farmers, but only if we provide the right support now for our schools to help them buy more local food. American Farmland Trust applauds the governor’s continued commitment to Farm to School through a proposed change to state law that will afford schools more flexibility in spending their food dollars at local farms and sustained funding for the Farm to School grants program and the New York Farm to School Purchasing Incentive. Taken together, these proposals continue New York’s national leadership in enabling more schools to serve local food to students across the state while supporting New York farmers.

“The future of farming in New York also rests on our ability to keep land in farming at a time when farmers are struggling financially. While AFT is encouraged by the governor’s continued commitment to a $300 million Environmental Protection Fund, or EPF, AFT is concerned that language enabling agencies to use EPF dollars for agency staff expenses, as well as a proposed $1 million reduction in the state’s farmland protection program, may accelerate farmland loss across the state. The popular farmland protection program not only permanently protects farmland from development, ensuring it is available for farming forever, but it also helps farmers reinvest in their businesses or plan for retirement while passing the farm to the next generation—a critical goal given that a third of New York’s farmers are 65 or older. The state of New York must continue strong funding to meet demand for the farmland protection program, as well as continue to support programs such as Farmland for a New Generation New York that are helping to bring future generations of farmers onto the land and strengthen the local farm economy.

“The governor’s proposed budget also includes a landmark plan for a $3 billion environmental bond act, which, if passed by voters in November, would invest in capital projects on natural and working lands that help combat and reduce the impacts of extreme weather caused by climate change. While the types of projects detailed for funding in the environmental bond act proposal are important to our ability to address the climate crisis, equally important are the environmental services our farmers provide as stewards of the land, which are not yet fully reflected in the proposal. Farmers play a central role in combating and mitigating the impacts of climate change and the new bond act is an opportunity to help them do more through capital projects. As the environmental bond act progresses, we see great opportunity to work with the governor and state Legislature to ensure farmers are fully recognized in the final proposal.

“We look forward to working with Governor Cuomo and the state Legislature to ensure that all of these priorities are included in the state budget this year to strengthen the future for farming in New York.”

American Farmland Trust is the only national organization that takes a holistic approach to agriculture, focusing on the land itself, the agricultural practices used on that land, and the farmers and ranchers who do the work. AFT launched the conservation agriculture movement and continues to raise public awareness through our No Farms, No Food message. Since our founding in 1980, AFT has helped permanently protect over 6.5 million acres of agricultural lands, advanced environmentally-sound farming practices on a half million additional acres and supported thousands of farm families.