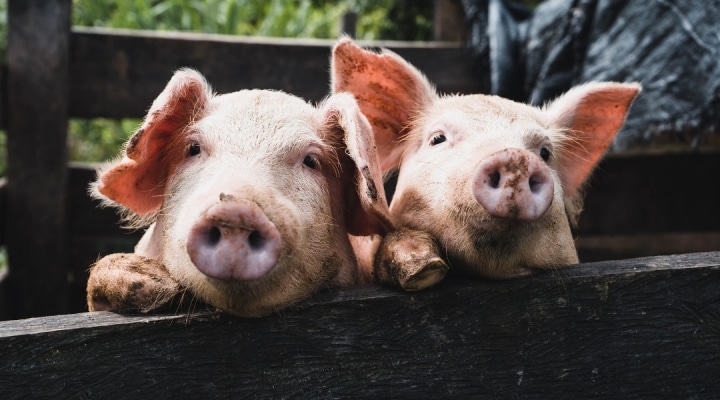 African Swine Fever is known to cause virulent, deadly outbreaks in wild and domestic swine, causing widespread and lethal outbreaks in various countries in Eastern Europe and throughout Asia. (Photo by Kenneth Schipper Vera on Unsplash)

WASHINGTON — The U.S. Department of Agriculture’s Agricultural Research Service (ARS) announced that an African Swine Fever Virus vaccine candidate has been adapted to grow in a cell line, which means that those involved in vaccine production will no longer have to rely on live pigs and their fresh cells for vaccine production.

“This opens the door for large-scale vaccine production, which is a valuable tool for the possible eradication of the virus,” said senior ARS scientist Dr. Manuel Borca.

African Swine Fever is known to cause virulent, deadly outbreaks in wild and domestic swine, causing widespread and lethal outbreaks in various countries in Eastern Europe and throughout Asia.

African Swine Fever is not a threat to humans and cannot be transmitted from pigs to humans. However, outbreaks have led to significant economic losses and pork shortages on local and global scales.

No commercial vaccines are currently available to prevent the virus from spreading.  There have not been any outbreaks in the United States, but it’s estimated that a national outbreak could cost at least $14 billion over two years, and $50 billion over 10 years.

This discovery, highlighted in the Journal of Virology, overcomes one of the major challenges for manufacturing of an African Swine Fever Virus vaccine. The newly developed vaccine, grown in a continuous cell line — which means immortalized cells that divide continuously or otherwise indefinitely—has the same characteristics as the original vaccine produced with fresh swine cells.

“Traditionally we used freshly isolated swine cells to produce vaccine candidates and this constitutes a significant limitation for large-scale production” said senior ARS scientist Dr. Douglas Gladue. “But now we can retain the vaccine characteristics while simultaneously replicating the vaccine in lab-grown cell cultures. We no longer have to rely on gathering fresh cells from live swine.”

The continuous cell line vaccine candidate was tested in a commercial breed of pigs and determined to be safe, protecting pigs against the virus. No negative effects were observed.

This research was supported in part by an interagency agreement between the U.S. Department of Homeland Security and the U.S. Department of Agriculture. Some of the scientific personnel were part of the Plum Island Animal Disease Center Research Participation Program, administered by the Oak Ridge Institute for Science and Education. All animal studies were performed at the Plum Island Animal Disease Center, following a protocol approved by the Institutional Animal Care and Use Committee.

The global impacts of China's growing demand for food
October 19, 2021