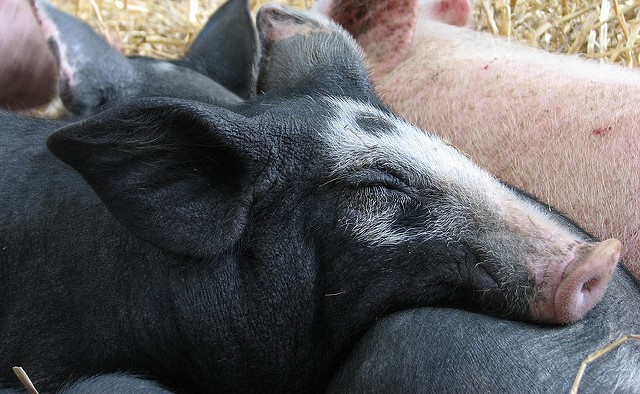 BEIJING (AP) — An outbreak of African swine fever in China could jump the border to neighboring countries in Southeast Asia or the Korean Peninsula, the U.N.’s Food and Agriculture Organization warned Tuesday.

Outbreaks of the highly contagious, viral disease that affects pigs and wild boar have been reported in four different Chinese provinces over the past month. The FAO said the distances between each outbreak — up to 1,000 kilometers (621 miles) — highlighted the danger of the virus spreading to other Asian countries at any time.

The “diverse geographical spread of the outbreaks in China have raised fears that the disease will move across borders to neighboring countries of Southeast Asia or the Korean Peninsula where trade and consumption of pork products is also high,” the Rome-based FAO said in a news release.

African swine fever poses no direct threat to humans but threatens to devastate China’s crucial pork industry. There is no effective vaccine to protect pigs from the virus.

China is the world’s biggest pork producer, accounting for about half the world’s population of swine at around 500 million head. The meat accounts for more than 60 percent of animal protein consumed in the country.

China has culled more than 24,000 pigs and imposed strict quarantine and disinfection efforts in hopes of stamping out the virus.

African swine fever outbreaks have also been reported in the Americas and in the European Union, chiefly in the Baltics, Poland and Romania.

The FAO said the strain detected in China was similar to one found in Russia last year. While investigators have yet to determine the source of the latest outbreak, the virus’ spread through China was likely due to the movement of pig products rather than live animals, it said, quoting chief veterinarian Juan Lubroth.

The FAO said it was working closely with authorities in China and neighboring countries to control the outbreak, but warned that a complete shutdown of the movement of pigs and pork products could undermine those efforts by encouraging illegal transportation methods.

China’s agriculture ministry did not immediately reply to faxed questions about the most recent developments involving the outbreak.