Home / Oklahoma / AFR/OFU takes rural issues to state capitol
A new user experience is coming! We'll be asking you to login to your Morning Ag Clips account March 1st to access these new features.
We can't wait to share them with you! Read more here. 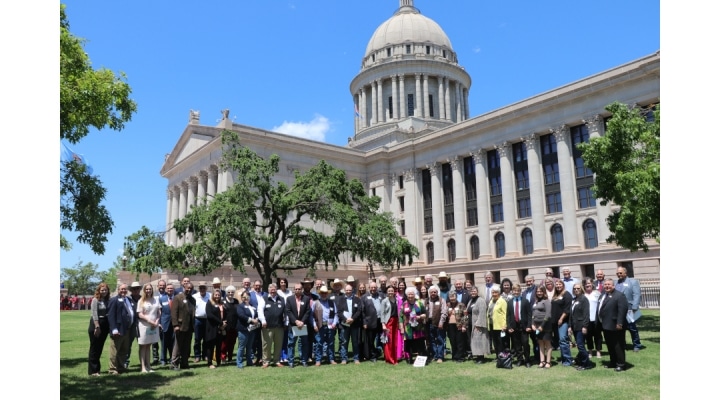 “Because last year brought unprecedented circumstances to our legislative landscape, we knew AFR/OFU members would have both new and returning issues they needed to discuss with members of the Oklahoma Legislature,” said AFR/OFU President Scott Blubaugh.

AFR/OFU members lobbied on behalf of all rural Oklahoma, with a particular emphasis on state agriculture tax exemption eligibility, increased funding for additional state meat inspectors and prevention of foreign ownership in the medical marijuana sector. Most importantly, each AFR/OFU member was encouraged to talk with their representative about the issues most important to their farm, their family and their community.

“As an organization, we strive to educate rural Oklahomans on policy issues and encourage them to get involved in the legislative process,” said Blubaugh. “Our legislative program is truly grassroots. We connect AFR/OFU members directly with their representatives and help them fight for the issues that are most important to them.”