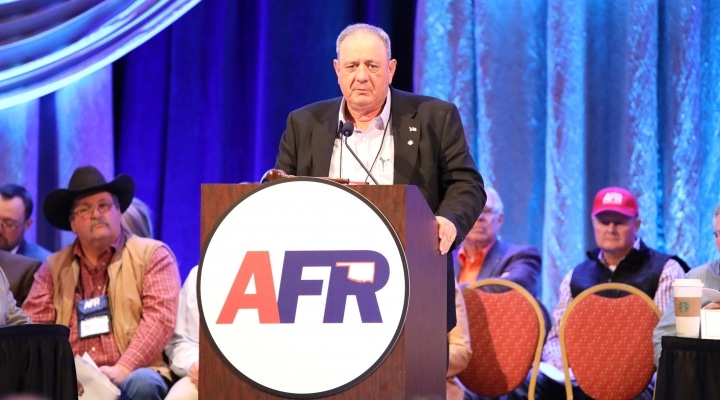 Cattle or beef that is imported into the U.S. and undergoes further processing or handling at a USDA-inspected facility can be labeled “Product of the United States.” Because this practice can mislead consumers, and be detrimental to U.S. beef markets, the 2020 AFR/OFU Special Orders opposes the practice and demands increased truth in labeling: “We oppose the use of food product labeling that misleads consumers, including the use of ‘Product of USA’ labeling. We demand the USDA enforce truth in labeling.”

Adopted AFR/OFU policy is truly grassroots—proposed policy begins as resolutions at the local and county level. The appointed state policy committee members that hears the resolutions and crafts policy language are an accomplished and diverse group representing the broadest spectrum possible of the general AFR/OFU membership. Because of this approach, the final policy document represents members’ interests from across Oklahoma.