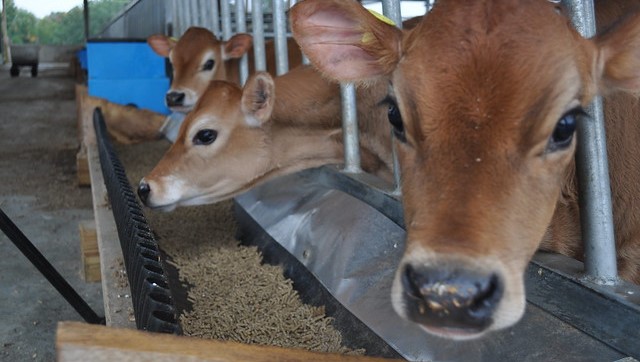 Founded in 1909, the American Feed Industry Association (AFIA), based in Arlington, Va., is the world’s largest organization devoted exclusively to representing the business, legislative and regulatory interests of the U.S. animal food industry and its suppliers. (United Soybean Board, Flickr/Creative Commons)

ARLINGTON, Va. — The American Feed Industry Association (AFIA) and the Federation of Animal Science Societies (FASS) are pleased to announce Jerry Spears, Ph.D., of North Carolina State University as the winner of the 2019 AFIA-FASS New Frontiers in Animal Nutrition Award. Spears received the award during the opening session of the 2019 American Society of Animal Science (ASAS) annual meeting in Austin, Texas, on July 8.

“Dr. Spears is a highly decorated and knowledgeable asset to the animal nutrition field,” said Paul Davis, Ph.D., AFIA’s director of quality, animal food safety and education. “His research has had a profound impact and he is very deserving of this recognition.”

Spears joined the animal science faculty at the University of Arkansas in 1979. In 1981, he accepted a position at North Carolina State University and was promoted to associate professor in 1985 and to professor of animal science in 1990. He retired from the university in 2012 and is currently professor emeritus.

Spears is recognized as a leading authority in the area of mineral nutrition of domestic animals. His research has advanced the understanding of mineral metabolism in ruminants and nonruminants and has had an impact on the livestock industry. He has given over 150 invited presentations in 27 countries and published 185 referred journal articles and 14 book chapters. He has also chaired or co-chaired 23 Ph.D. and 14 Master of Science students.

Spears received the Young Animal Scientist Award from the ASAS’s southern chapter, the Ruminant Nutrition Award from AFIA and the Cromwell Mineral Nutrition Award from ASAS. In 2012, he was named a fellow of ASAS. He previously served on the Nutrient Requirements Committee’s (NRC) subcommittee on Beef Cattle Nutrition, the NRC Committee on Minerals and Toxic Substances in Diets and Water for Animals, and the editorial boards of the Journal of Animal Science and the Journal of Dairy Science.

The AFIA-FASS New Frontiers in Animal Nutrition Award was created to stimulate, acknowledge and reward pioneering and innovative research relevant to the nutrition of animals that benefits humankind and the nutritional value of foods from animals. More information about the award can be found on the FASS website. For a photo, see the ASAS website.

MasterChef to feature Beef. It's What's For Dinner.