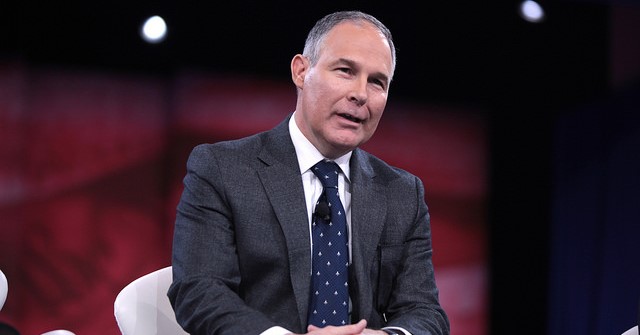 Duvall today conveyed that endorsement in a letter to Senate Environment and Public Works Committee Chairman John Barrasso (R-Wyo.) and Ranking Member Tom Carper (D-Del.). In the letter, Duvall cited Pruitt’s contesting of the EPA’s Waters of the U.S. rule when he defended “the bipartisan view of Congress that the agency has illegally overstepped its bounds and ignored the U.S. Supreme Court.”

The letter also referenced Pruitt’s work to defend Congress regarding the Clean Power Plan and cap-and-trade provisions, in which the nominee soundly took the view “that Congress has not authorized the sweeping attempt by EPA to coerce action by the states.”

“In recent years, farmers and ranchers have suffered under burdensome, unnecessary and, too often, unlawful federal regulations promulgated by the EPA,” Duvall said. “We desperately need an administrator who understands the challenges our farmers and ranchers face in producing safe, wholesome and affordable food for our nation and the world.”

Duvall said Farm Bureau’s support for Pruitt is based on the nominee’s “respect for the law” and his understanding of the need for an agency to “live within the statutory programs Congress has authorized.”

“Scott Pruitt will restore respect for the law and enforce it fairly,” Duvall said. “He understands how and when federal power should be exercised. We support him because he has demonstrated a keen understanding of the devastating economic implications of federal overreach. Scott Pruitt will put the EPA back on track and ensure that federal decisions are based on sound science, not politics. He will produce a fair regulatory environment that respects the rule of law.”