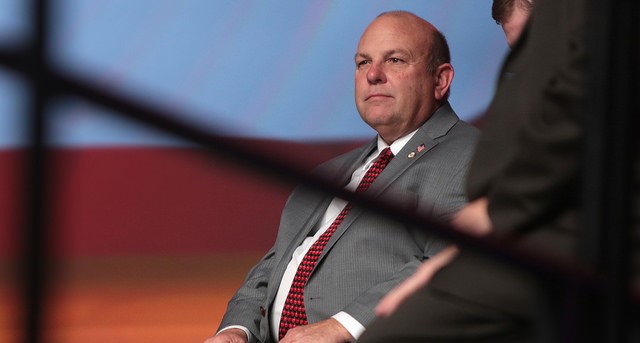 WASHINGTON — “U.S. agriculture creates jobs and supports economic growth in rural America, and American agriculture depends on maintaining and increasing access to markets outside the United States. Trade is vital to the success of our nation’s farmers and ranchers. More than 25 percent of all U.S. ag production ultimately goes to markets outside our borders.

“While President Trump signed an executive order today withdrawing our nation from the Trans-Pacific Partnership, we viewed TPP as a positive agreement for agriculture – one that would have added $4.4 billion annually to our struggling agriculture economy. With this decision, it is critical that the new administration begin work immediately to do all it can to develop new markets for U.S. agricultural goods and to protect and advance U.S. agricultural interests in the critical Asia-Pacific region.

“American agriculture is virtually always a winner when trade agreements remove barriers to U.S. crop and livestock exports because we impose very few compared to other nations. We have much to gain through strong trade agreements. AFBF pledges to work with the administration to help ensure that American agriculture can compete on a level playing field in markets around the world.  But we need the administration’s commitment to ensuring we do not lose the ground gained — whether in the Asia-Pacific, North America, Europe or other parts of the world.

“This is why we believe it is also important to re-emphasize the provisions of the North American Free Trade Agreement with Canada and Mexico that have been beneficial for American agriculture. U.S. agricultural exports to Canada and Mexico have quadrupled from $8.9 billion in 1993 to over $38 billion today, due in large part to NAFTA.  Any renegotiation of NAFTA must recognize the gains achieved by American agriculture and assure that U.S. ag trade with Canada and Mexico remains strong. AFBF will work with the administration to remove remaining barriers that hamstring the ability of America’s farmers and ranchers to benefit from trading relationships with our important North American trading partners.”

NFU on U.S. withdrawal from TPP