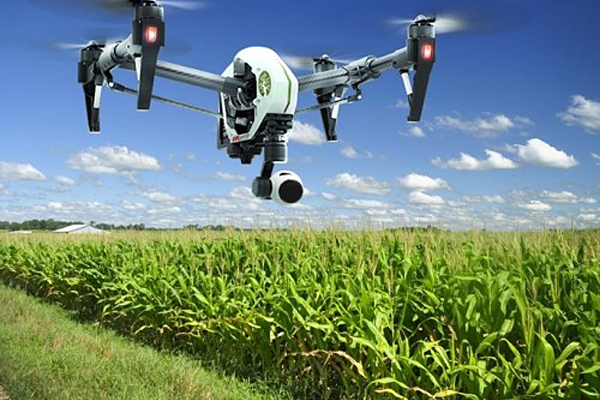 Drones like this one will be outfitted with sensors capable of detecting plant pathogens from the air. (CFAES)

COLUMBUS, Ohio — Aerial drones will scout, track, and hopefully prevent crop diseases in a study conducted by The Ohio State University and supported by a $100,000 grant from the Bill & Melinda Gates Foundation.

The study will include a system of plant disease surveillance drones that will be developed to monitor rice blast and maize dwarf mosaic, two devastating diseases in many countries like Tanzania, plant pathologist and principal investigator Enrico Bonello said.

The drones will be mounted with spectral sensors capable of identifying plant pathogens from the air. It is hoped that the technology could allow crop managers to control the spread of disease even before plants show visual symptoms, said Bonello, professor of molecular and chemical ecology of trees in the College of Food, Agricultural, and Environmental Sciences Department of Plant Pathology.

“This is a very novel, out-of-the-box, high-risk, high-payoff approach to a very significant problem, in a globalized world in which plant diseases are constantly being moved around by human activity,” he said.

Under the project, rice and maize will be grown in greenhouses and fields and then infected with rice blast and maize dwarf mosaic. Researchers will evaluate whether the spectrometers can distinguish between infected and uninfected plants.

Bonello’s project, titled “Aerial Plant Disease Surveillance by Spectral Signatures,” is one of 34 projects that received a Grand Challenges Explorations Round 21 grant from the Bill & Melinda Gates Foundation. The winners, who were announced this month, were asked to submit a two-page online application demonstrating a bold idea in a global health and development research.

The initiative uses an agile, accelerated grant-making process with short two-page online applications and no preliminary data required. Initial grants of $100,000 are awarded two times per year. Successful projects have the opportunity to receive a follow-on grant of up to $1 million.