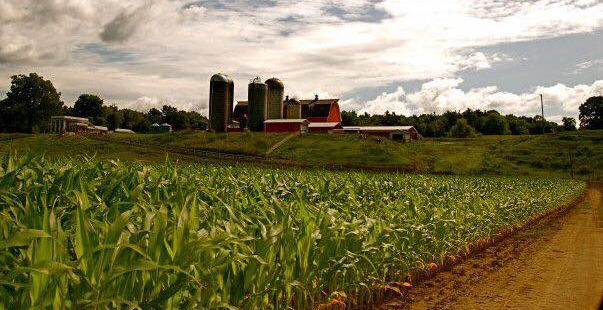 In times where small farms are being forced out of a farm family life of dairy, and milk checks come with suicide hotline numbers, one may wonder what is the future of agriculture? (Courtesy Photo)

GREENWICH, N.Y. — In an article published by the University of Arizona, they point out that the United Nations projects that the world population will reach 9.8 billion by 2050.  That’s a tipping point. In the same article, they state that the farming industry would have to increase current food production by 70 percent to meet the food needs of a population that large.¹  In times where small farms are being forced out of a farm-family life of dairy, and milk checks come with suicide hotline numbers, one may wonder what is the future of agriculture?  And the answer might just come from rural public schools – science research students.

When you walk the projects of the Greater Capital Region Science and Engineering Fair held at Rensselaer Polytechnic Institute in Troy, NY you find some of the most prestigious research done by high school students in New York State. High school and junior high students from some of the most competitive and successful suburban schools in Capital District – Guilderland, Bethlehem, Burnt-Hills Ballston Lake, Niskayuna and Shaker. The 90-plus high school students participating in the fair research everything from Alzheimer’s Disease to Zika virus at a level that is not only competitive at the graduate level of college but, in many circumstances, published in academic journals. These students are solving the medical, environmental, and engineering problems of today. When the grand prize winner was announced though, it was from a small, rural school, which graduates around 90 students on average. In the southern tier of Washington County, the first ever winner from Greenwich Central School, took her place at the podium, which will send her to the International Science and Engineering Fair for her research on Agricultural Drones.

It isn’t rare to see students at Greenwich Central School researching agriculture.  Greenwich is situated in a small agricultural community just east of Saratoga Springs. It is a close community that has many family farms in the dairy, beef, sheep, alpaca, and other agricultural industries. Whether you are at the local Washington County Fair in August watching the students show their prized heifers or at the lighted tractor parade that attracts thousands of people to the area in November each year, you can feel the sense of pride in the agricultural heritage of the community. That pride extends into the classrooms of Greenwich Central School. Greenwich has always had a successful FFA program, which boasts many state and national awards for dairy judging, quiz bowl, agricultural mechanics, and more. Now that success is trickling into the science research classroom too. Students at Greenwich in the accelerated program in 7th and 8th grade do an independent research project of their choice, and it is no surprise that many of those student projects are inspired by their family legacy – farming.

AGRICULTURAL DRONES: Samantha Boyea, senior at Greenwich Central School and the grand prize 1st place competitor at the engineering fair, has a family still very involved in farming today. Her grandfather was a dairy farmer for years before he retired from farming and started working for the local schools. Her uncles still operate heavy equipment and harvesters for local farms, and her cousin works at Weeping Birch Farms. Boyea’s mentor, engineer Glenn Saunders, encouraged her to look for solutions to problems around her. In her research, she found out that farming deaths from falls from heights is the only area of farming that hasn’t improved with current farming innovation, and most falls happen from silos while doing inspection of the silo or feed inside.

As an avid member of Greenwich’s robotics team serving as the team’s mechanical engineer, Samantha started to contemplate how she could use technology to solve this agricultural problem. Her answer: drones. Boyea knew that she couldn’t just use any drone – this would have to be a unique drone built from scratch. She studied and got her FCC ham radio license so that she could operate the drone she was about to build. After a year of building and testing the hexacopter drone, she decided for her application a different drone would be necessary: a quadcopter with a raspberry pi 3 computer and a Navio 2 hat that would allow the drone to work semi-autonomously with inputs from the farm on the size of the silo. Her new drone will be able to detect damage on the silo and report back information to the farmer so that routine silo inspections can be done safely from the ground. This could, no doubt, lead to other uses for the drones – crop yields and damage, fence inspections, etc.

FUTURE VACCINES: Lucia D’Acchille, a junior at Greenwich Central School, starts her day at 5 a.m. doing chores on the family farm, which has housed 17 alpacas over the last decade. D’Acchille an accomplished track runner and National Honor Society participant at Greenwich, was interested in researching Meningeal Brain worm, which is a constant concern for her alpacas. With no current treatment, the best bet is to use frequent high doses of dewormer to try to prevent the disease, which has taken the life of at least one of her alpacas. D’Acchille investigated the area deer population, which is known to harbor the disease, and looked for seasonal variation in infestation rates, which has been reported in other areas of the United States. She was able not only to quantify similar infection rates for seasons but also to quantify different infection rates based on environmental conditions, such as bogs and swampy lands, which harbor snails, an intermediate host. This invaluable information can change animal husbandry practices to reduce infection rates in sheep, alpacas, and other susceptible livestock. Her research will continue this summer as she looks to find an antigen to begin work on a vaccine for meningeal brain worm. D’Acchille won a $20,000 scholarship to the Albany College of Pharmacy at the engineering fair.

CROP MANAGEMENT: Hunter Dixson, eighth grader, is a fourth generation farmer.  M and M Dixson farms is small family-run farm. Dixson and his family operate the almost 2,000 acre farm in Greenwich, NY selling Angus, baleage, and dry hay. Hunter became inspired to research the effects of the rising global CO2 levels on germination and growth of alfalfa seeds. Dixson found that alfalfa germinates and grows better in the presence of excess carbon dioxide; however, the nutrient levels of the feed are a lower quality. Dixson won the Cullen Blake and Deena Mousa Excellence in Science Award for his research at the competition.

Caitlyn McClay, eighth grader, is from a family-owned and operated beef farm. The McClays no longer sell beef but still own and show dairy cows at the county fair. McClay’s father is a plant manager at Cargill, a top producer and distributor of  agricultural products. As a very active participant in FFA at Greenwich and a very involved competitor at the Washington County Fair, McClay was interested in finding a better way to grow plants through hydroponics. She investigated grapefruit seed extract as a possible algae inhibitor in hydroponics systems. McClay hopes to share her research at the state FFA convention this year.

As a teacher who is also a member of a family farm, I never thought of rural as being ‘less’.  But I remember my first science competition where a teacher from a more affluent, urban district out of the area commented to his student, “Elevators, I’d be surprised if they even know how to use elevators up here.” I remember that moment of realization that some felt rural and upstate were synonyms for ‘less’. I remember thinking that I had no doubt that my students are just as bright, just as well-spoken, and just as confident as the other students in other less rural districts. I remember thinking that rural meant ‘more’. You see, as a member of a family farm, there is something I know from my days of throwing and stacking hay, feeding calves, and chasing cows alongside my children. I know that my students have something stamped on their souls–a character trait that may not show up on a resume or a transcript, but definitely shows up in the actions of my students every day. My students have GRIT. It’s the kind of grit that Paul Harvey was talking about. The kind that comes with a day that starts before the sun rises and ends after the sun goes down. It’s the kind of grit that comes from bottle feeding a stubborn calf that wants to die. It’s the kind of grit that comes with balancing one more bale of hay on top a pile of hay on a moving wagon so the hay can get in before the rain comes.

Inspired by their family farming legacies, with GRIT stamped on their souls, these students are the kinds of future scientists that can design innovation for agriculture. I hope more science teachers in rural agricultural-based communities get their kids involved with agriculture in their classrooms because I have no doubt that these students will close the gap. They will find the 70% increase in food production. I have no doubt that their GRIT will translate into another four-letter word for agriculture–HOPE.

Farm tours for veterans and their families