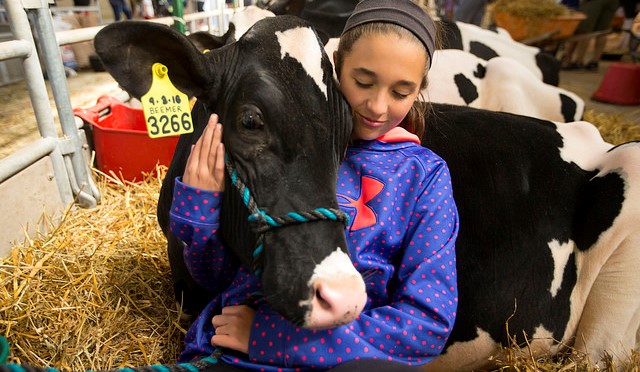 SYRACUSE, N.Y. — Governor Andrew M. Cuomo has announced that advance sale tickets for the 2018 Great New York State Fair are now available, including new discounts to make the Fair more affordable for New Yorkers and visitors. Discounts include $1 admission every day for college students with a current college ID, as well as Canadian Friendship Days, August 24-26, featuring free admission for any Canadian citizen with legal identification. The new discounts join a long roster of free and reduced price days at the Fair, which already boasts one of the lowest admission prices among fairs of its size.

“Year after year, the Great New York State Fair continues to break attendance records and attract visitors from across the globe with affordable, world-class entertainment,” Governor Cuomo said. “With the addition of the Fairgrounds’ new Expo Center and more discounts than ever before, the Fair is poised to once again welcome a record-breaking number of visitors to see all that Central New York has to offer.”

This year, the Fair will debut its brand new $63 million Exposition Center—the largest clear-span events space north of New York City between Boston and Cleveland. The building will feature a temporary ice rink and an interactive exhibit from I Love New York highlighting the state’s tourism, which builds on its successful operation last year in the Center of Progress Building. The highly popular annual sand sculpture will move to the Expo Center this year as well. The Fair has also worked with various groups to create tournaments and exhibitions for sports like hockey, figure skating, speed skating, and broomball.

Renovations to the Fair’s largest parking lot, the Orange Lot, will also be complete in time for the Fair, featuring space for an additional 2,000 vehicles, improved traffic flow in the lot, and a new exit ramp to Interstate 690 westbound.

The Fair’s ongoing addition of events and activities celebrating the diversity of New York continues with the addition of the new Latino Village Weekend taking place Friday, August 24 to Sunday, August 26 in the New York Experience festival grounds of the western end of the Fairgrounds. Produced in cooperation with Syracuse’s La Liga, the Spanish Action League, the event features Latino music, food and culture. More than 200 food vendors will offer a vast array of products, from fun and creative deep-fried creations to vegan and Kosher offerings. Scores of merchandise vendors provide everything from trinkets to home accessories to high-value spas and mattresses.

Admission tickets purchased during advance sales will cost only $6, a 40 percent discount on the $10 charge at the gate during the Fair. Admission will be just $1 on opening day, August 22 and on Labor Day, September 3. In addition, the Fair is offering Three Dollar Thursdays, in which admission is just $3 on August 23 and 30. Tickets for all of these days can be purchased on the Fair’s online site at www.etix.com starting July 9. Discounts for the Wade Shows Midway of approximately 90 rides can be purchased there as well. Vouchers for a day of unlimited rides on a weekday or weekend will be on sale for $20 and $25, respectively, a discount of $5 over the price at the Fair. The Wade Shows Mega Pass, allowing unlimited rides every day of the Fair, may be purchased online at www.WadeShows.com for $70, a savings of $20 over the price offered during the first few days of the Fair. Wade Shows offers two promotional discounts during the Fair: Midway Monday, August 27, featuring a wristband good for 10 rides for $10, and $1 rides all day on Dollar Day on Labor Day. Rides on the Broadway Skyliner are sold separately and are not part of any wristband promotion.

Presale $6 admission tickets will also be available at all Wegmans, Tops and Price Chopper stores across the state, as well as additional retail locations. Some outlets may also offer weekday ride-all-day Midway vouchers. Children 12 and under are admitted free every day of the Fair. No refunds or exchanges are available for tickets used on lower-priced or free admission days. Unused admission tickets bought online or in stores for the 2017 Fair will be honored for the 2018 Fair. Special promotional tickets are not eligible.

The Fair offers many days of free admission for groups, including:

Unused advance sale tickets from the 2017 Fair will be accepted this year. Free or promotional tickets are not included. Tickets for any 2018 concert at the St. Joseph’s Health Amphitheater at Lakeview include one free admission to the Fair when presented at any Fair gate.

Acting Fair Director Troy Waffner said, “Our goal is to bring more and more people to one of the nation’s greatest state fairs and these new discounts help accomplish that.  So many college students come to Upstate New York from distant locations and a day at the Fair can help them begin to understand and enjoy their new home. We also want to reach across our northern border to make sure our Canadian friends know we continue to value our close friendship in these turbulent times.”

State Agriculture Commissioner Richard A. Ball said, “Coming off another record-breaking year at the Fair, we’re excited to open the gates this summer to the revitalized Fair and the brand-new Expo Center, which will feature so many great events and activities while continuing to advance our mission of promoting agriculture. These new discount days are a great way to attract even more visitors—there truly is something for everyone at the Great New York State Fair.”

Onondaga County Executive Joanie Mahoney said, “NYS’s investment in the New York State Fair continues to attract hundreds of thousands of new visitors to our community and supports the Central New York economy. The new exhibits, the special price for advance sale tickets and most notably the new Expo Center, will no doubt make this year’s Fair the best yet.”

Today’s announcement complements “CNY Rising,” the region’s comprehensive blueprint to generate robust economic growth and community development. The State has already invested more than $4.7 billion in the region since 2012 to lay the groundwork for the plan – capitalizing on global market opportunities, strengthening entrepreneurship and creating an inclusive economy. Today, unemployment is down to the lowest levels since before the Great Recession; personal and corporate income taxes are down; and businesses are choosing places like Syracuse, Oswego and Auburn as a destination to grow and invest in.

Now, the region is accelerating CNY Rising with a $500 million State investment through the Upstate Revitalization Initiative, announced by Governor Cuomo in December 2015. The State’s $500 million investment will incentivize private business to invest well over $2.5 billion – and the region’s plan, as submitted, projects up to 5,900 new jobs. More information is available here.