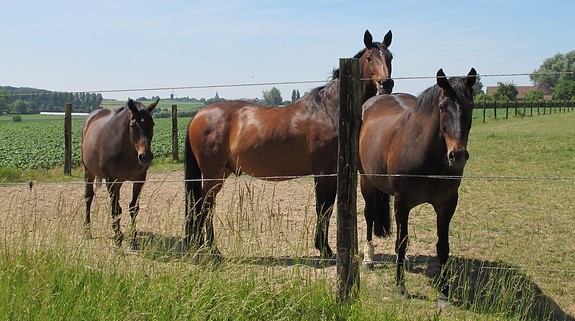 A yearling, female, Friesian horse located in Salem was humanely euthanized on August 8, after found down and unresponsive in its stall. The horse was not current on its vaccinations for EEE or West Nile Virus (WNV) and had no history of recent travel. Diagnostic samples collected at post-mortem examination were tested, confirmed and reported positive for EEE virus on August 29.

Horse owners are reminded to review vaccination records with their veterinarians to ensure that EEE and WNV vaccinations are current and to take precautions against mosquito bites, especially when residing in areas with known infected mosquitoes. The mortality rate of EEE infected horses showing clinical signs is 75-90%. Surviving horses have a high incidence of neurologic deficits.

On August 20, a 26-year-old, female, Quarter Horse located in Sterling was examined by a veterinarian for acute weight loss and neurologic deficits. The horse was vaccinated in May 2019 for EEE and WNV. Diagnostic blood samples were collected and the horse was euthanized. The test results reported on August 30 confirmed a recent exposure to EEE virus.

On August 29 in Voluntown, a five-year-old, pregnant miniature horse was observed by the owner with ataxia, muscle tremors, lethargy and having a 102°F fever.  The attending veterinarian collected diagnostic blood samples and started medical treatment. The miniature horse was not current on its vaccinations and it did not travel since June 2019.  The test results reported on September 4 confirmed a recent exposure to EEE virus. The miniature horse is responding to treatment and is recovering well.

For more information about equine diseases, and about the national equine disease surveillance programs, see the USDA APHIS website at: http://www.aphis.usda.gov/animal-health/equine-health.