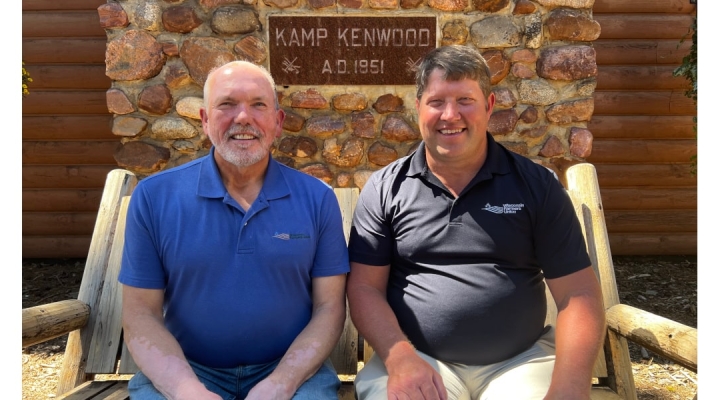 CHIPPEWA FALLS, Wis. — Wisconsin Farmers Union has a new Government Relations Director to announce, as well as a shift in the presidency on the board of directors. After serving since February in the role of president for the family farm organization, Rick Adamski is moving to the staff to lead the government relations department and WFU’s efforts at the Capitol.

“I understand the shift from the presidency to serving in a staff role may come as a surprise, but this position is well-suited for my talents and was one I felt drawn to,” Adamski said. “I have really enjoyed digging in on policy and building bridges with legislators, DATCP, and other key groups, and I believe this role is one in which I can do the most good for the organization.”

“It was very important to Rick and to the entire team that whomever we hired to serve as Government Relations Director be a strong voice for Wisconsin farmers,” said WFU Executive Director Julie Keown-Bomar. “After a thorough and extended search process had ended, Rick stepped in to lead our legislative work and serve as the voice for our grassroots membership at the Capitol. This decision was supported by the board. Rick has an undeniable passion for Farmers Union and for lifting up rural issues and will undoubtedly thrive in this role.”

Adamski will take on the Government Relations Director role vacated by Nick Levendofsky, who recently returned to the Great Plains to serve as Kansas Farmers Union’s executive director.

Adamski has served on the WFU board since 2016. He and his wife, Valerie, own Full Circle Farm near Seymour in Shawano County. They raise grass-fed beef, fresh vegetables, pastured hogs, and laying hens on the 290-acre farm, which has been in the Adamski family since 1900. Adamski holds degrees in Soil Science and Resource Management from UW-Stevens Point.

On July 20th, the WFU board of directors approved a motion for Vice President Darin Von Ruden to complete Adamski’s term as president. Von Ruden previously served 12 years as WFU president, until shifting to the vice president role in February. Von Ruden represents WFU on boards for Farmers Union Enterprises and the WFU Foundation. He is a third-generation dairy farmer who is very active with Farmers Union on local, state, and national levels, having earned several awards for member recruitment.

“Thank you to Rick for his leadership and for stepping up to fill this vital position,” Von Ruden said.