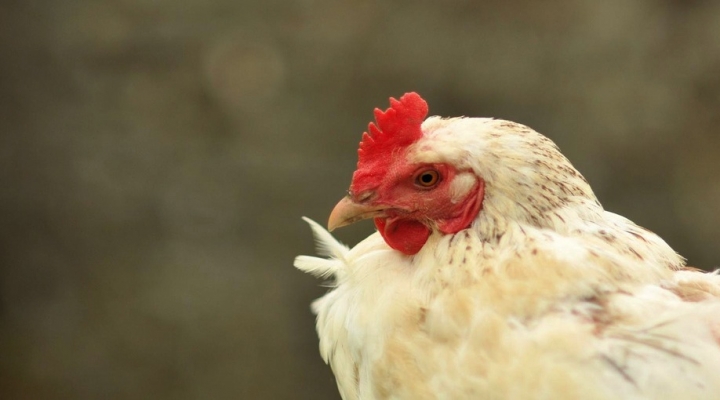 "While we applaud Tyson for working to reduce the animal cruelty incidents on its farms, Tyson has yet to commit to adopting specific animal welfare standards that will reduce severe suffering," said Brent Cox, the group's vice president of corporate outreach. (Ian Lee, Flickr/Creative Commons)

PLUMERVILLE, Ark. (AP) — Tyson Foods on Wednesday unveiled a plan to stop abuses down on the farm, but an animal rights group that routinely distributes videos of disturbing practices of agricultural abuses said monitoring slaughterhouses won’t stop other cruelty that exists within the poultry industry.The nation’s largest meat producer said it installed cameras and hired off-site auditors to review how it handles and kills birds at its 33 processing plants. The Springdale, Arkansas-based company also plans to explore using carbon dioxide to render the birds unconscious before they are killed.

“Chickens raised for meat are bred to grow so unnaturally fast that they often collapse under their own weight,” the group said in a news release. Once on the ground, the birds sit in their own waste and develop sores after losing their feathers.

“While we applaud Tyson for working to reduce the animal cruelty incidents on its farms, Tyson has yet to commit to adopting specific animal welfare standards that will reduce severe suffering,” said Brent Cox, the group’s vice president of corporate outreach.

Tyson Foods said its animal well-being initiative wasn’t made in response to Mercy for Animals and others who have gathered or released video showing animal abuse.

“We want to learn from the opportunities and the challenges we face,” said Justin Whitmore, Tyson’s first chief sustainability officer. “If we see something come up in our system, we’ll look to have the appropriate measures in place to ensure they don’t recur.”

The Humane Society of the United States also called on Tyson to adopt a broader plan.

“It’s positive Tyson is looking at the core forms of animal cruelty in its production systems for chickens, but we are disappointed that the company is sidestepping other steps,” said Matt Prescott, the group’s senior food policy director.

Tyson installed cameras at 33 processing plants over the past year and has hired nearly five dozen animal well-being specialists. Many grew up around poultry. It eventually will install cameras in chicken houses to monitor how birds are treated there.

“We’re making sure the birds are being handled properly and treated with respect and care in every step of the process,” Stacy Barton said Tuesday outside a 120,000-bird operation near Plumerville, about 35 miles (56 kilometers) northwest of Little Rock. The well-being officers are also trained on how cattle and hogs should be handled. Some of their visits are announced; others are not.

He said that while it’s a little like Big Brother, the general concept is “if you could replicate having your best front-line managers at all times. We’re like the football coach looking down from the booth with a headset. That’s effectively what is going on.”

Other companies pioneered remote auditing in the beef, pork and turkey industries, Aronson said, while Tyson is the leader in chicken monitoring.

Bret Hendricks, who as a broiler manager for the Tyson plant in Dardanelle is responsible for about 7 million chickens on any given day, said keeping animals content helps the bottom line.

Under Tyson tests of “controlled atmosphere stunning,” birds are suffocated by carbon dioxide rather than being stunned and having their throats slit. The company said it will also consider adding perches for the birds.