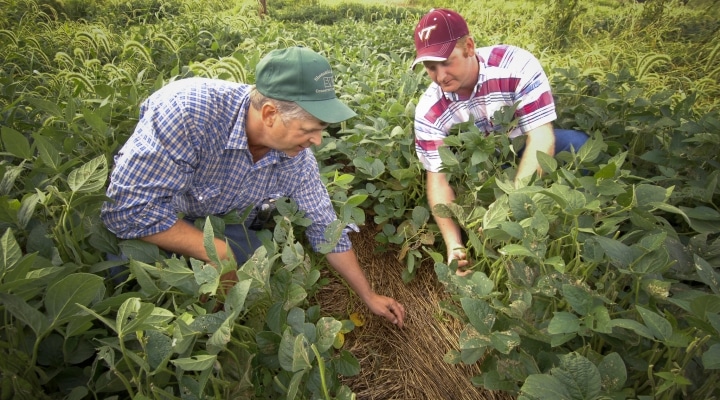 WASHINGTON — The U.S. Department of Agriculture can’t predict the future, but it can make an educated guess with data from prospective planting surveys submitted by the nation’s farmers.

Intentional acreage reports––a collection of annual surveys asking farmers how many acres of specific crops they intend to plant––will be merged into a comprehensive report to be released on March 31. The USDA National Agriculture Statistics Service’s report will help speculators predict how many acres of crops will be planted this year and aid commodity traders in setting prices.

Robert Harper, grain division manager at Virginia Farm Bureau Federation, called the survey results a “market mover.” He said it’s an important report. “It’s a first look at what total production has a chance to be in the upcoming crop year.”

The actual planted acres report will be published in late June, Harper added.

Almost 20 million acres went unplanted in 2019, compared to just 2 million in 2018. The lack of planting was due to excessive rainfall, flooding and ground saturation in the Corn Belt, but the USDA predicts corn and soybean planted acreage will rebound significantly in 2020. However, American Farm Bureau Federation economists said cotton and wheat acreage will decline.

“We’re expecting to see exports bounce back a little bit, still below where they were a couple years ago before the trade war started,” said John Newton, AFBF chief economist. He noted that soybean supplies are likely to tighten up, leading to higher prices. The USDA predicts a record high for corn stocks, and a slight decrease in the corn price for 2020.

New growth at Maryland State Fairgrounds with 45 trees planted
May 26, 2020

USDA data shows sharp shift in agriculture trade due to COVID-19
May 21, 2020

Food hub provides boxes of hope to local charities
May 14, 2020