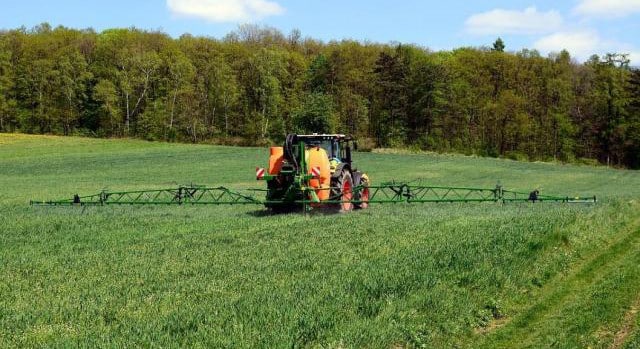 COLUMBUS, Ohio — Spring is a common time for farmers to deal with pesticides and insecticides, but this spring the legal system has also been busy with pesticides and insecticides. Important legal developments with dicamba, glyphosate, and chlorpyrifos raise questions about the future of the products, with proponents on both sides pushing for and against their continued use.

In this post, we summarize legal activity concerning dicamba. Part 2 to this series will cover recent developments with Roundup.

Dicamba registration lawsuits.  In April, the federal courts resumed two cases filed late last year that challenge the registration and label of dicamba products made by Bayer, BSF and Syngenta.   The cases had been on hold since February due to the change to the Biden Administration and its EPA leadership.   Center for Biological Diversity v. EPA, in federal district court in Arizona, claims that the 2020 registration of the products should not have been granted because the registration fails to meet the Federal Insecticide, Fungicide and Rodenticide Act (FIFRA) standard that a pesticide may not cause “unreasonable adverse effects” to the environment. Relief requested by the plaintiffs includes overturning the registration approvals and also ordering EPA to officially reverse via rulemaking its long-standing policy to allow states to impose local restrictions on pesticide registrations under FIFRA’s Section 24(C).

In the D.C. district court, American Soybean Association v EPA takes the opposite approach and argues that the EPA exceeded its duties under FIFRA by imposing application cutoff dates of June 30 for soybeans and July 30 for cotton and establishing 310-foot and 240-foot buffer zones for certain endangered species.  The plaintiffs in that suit want the court to remove the cutoff dates and buffer restrictions from the approved dicamba labels.  Manufacturers Bayer, BASF, and Syngenta have intervened in the cases, which both now await responses from the EPA.

Two additional challenges to the dicamba 2020 label approval were consolidated for review to be heard together by the D.C. Circuit Court of Appeals and now await the court’s decision.  National Family Farm Coalition v. EPA originally filed in the Ninth Circuit Court of Appeals,  argues that EPA failed to support its conclusion of “no unreasonable adverse effects” and did not ensure that endangered species and critical habitat would not be jeopardized by approved dicamba use.  On the flip side, American Soybean Association v. EPA alleges that the 2020 label cutoff dates are too restrictive and buffer requirements are too large, which exceeds the authority granted EPA in FIFRA and the Endangered Species Act.  The EPA has filed a motion to dismiss the cases but the plaintiffs have asked to be returned to the Ninth Circuit.

Bader Farms Appeal.  The$265 jury verdict awarded last year to Bader Farms, which successfully argued that Monsanto was responsible for harm to its peach farms resulting from dicamba drift, is on appeal before the Eighth Circuit Court of Appeals.  Monsanto filed its brief on appeal in March, arguing that the verdict should be reversed for several reasons:  because the court had not required Bader Farms to prove that Monsanto had manufactured or sold the herbicides responsible for the damages, which could have resulted from third party illegal uses of herbicides; because the damages were based on “speculative lost profits”; and because the $250 million award of punitive damages violated state law in Missouri.

Office of Inspector General Report.  The EPA’s Office of the Inspector General (OIG), also played a role in recent dicamba developments.  The OIG is an independent office within the EPA that audits, investigates and evaluates the EPA.  Just last week, the OIG issued a report on EPA’s decision in 2018 to conditionally register dicamba products, allowing them to be used during the 2019 and 2020 growing seasons.  That decision by EPA ultimately led to a legal challenge by environmental groups, a holding by the Ninth Circuit Court of Appeals that the EPA violated FIFRA in approving the registrations, and a controversial order ceasing use of the dicamba products.  The OIG evaluated the EPA’s registration decision making process for the dicamba registration.  The title to its report, “EPA Deviated from Typical Procedures in Its 2018 Dicamba Pesticide Registration Decision” is telling of the OIG’s conclusions.

OIG determined that EPA had “varied from typical operating procedures” in several ways.  The EPA did not conduct the required internal peer reviews of scientific documents created to support the dicamba decision.  Senior leaders in the EPA’s Office of Chemical Safety and Pollution Prevention were “more involved” in the dicamba decision than in other pesticide registration decisions, resulting in senior-level changes to or omissions from scientific analyses to support policy decisions.  EPA staff were “constrained or muted in sharing their scientific integrity concerns” on the dicamba registrations. The result of these atypical operating procedures by the EPA, according to the OIG, was substantial understatement or lack of acknowledgement of dicamba risks and the eventual decision by the Ninth Circuit to vacate the registrations.

The OIG recommended three actions the EPA should take in response to the report:  requiring senior managers or policy makers to document changes or alterations to scientific opinions, analyses, and conclusions in interim and final pesticide registration decisions along with their basis for changes or alterations; requiring an assistant administrator-level verification statement that Scientific Integrity Policy requirements were reviewed and adhered to during pesticide registration decisions; and conducting annual training for staff and senior managers and policy makers to promote a culture of scientific integrity and affirm commitment to the Scientific Integrity Policy.   The EPA had already taken action on the OIG’s first and third recommendations but has not resolved the second.

Will the OIG Report affect ongoing litigation on dicamba, or lead to additional lawsuits?  That’s a critical question without an immediate answer, and one to keep an eye on beyond this spring.

To read more about legal issues with dicamba, visit our partner, The National Agricultural Law Center and its excellent series on “The Deal with Dicamba.” 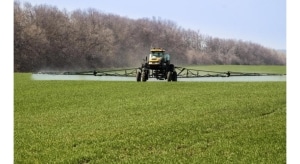 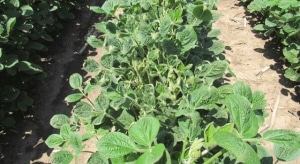 O’FALLON, Mo. (AP) — Environmental Protection Agency officials improperly influenced a decision to re-approve use of dicamba, a herbicide blamed for crop damage in hundreds of lawsuits, during the Trump administration, according to an internal agency report. “We found that the EPA’s 2018 decision to extend registrations for three dicamba pesticide products varied from typical […]