Home / Ohio / A spring full of pesticide law, part 2
A new user experience is coming! We'll be asking you to login to your Morning Ag Clips account March 1st to access these new features.
We can't wait to share them with you! Read more here. 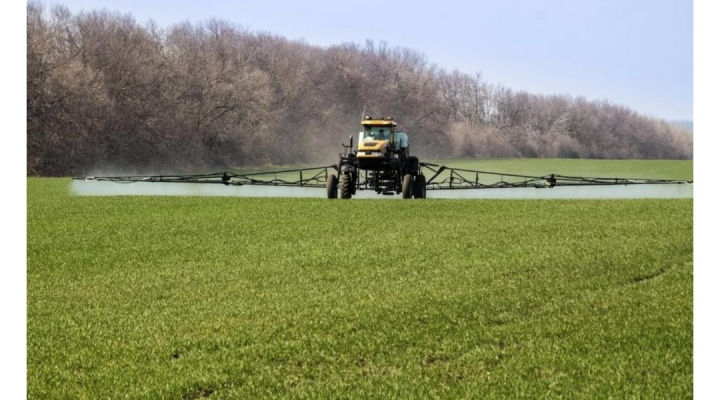 It’s been a busy spring for legal developments in pesticides and insecticides. Several actions have covered legal activity on glyphosate and chlorpyrifos. (Courtesy Photo)

COLUMBUS, Ohio — It’s been a busy spring for legal developments in pesticides and insecticides. In today’s post we cover legal activity on glyphosate and chlorpyrifos.

Roundup award.  The Ninth Circuit Court of Appeals dealt another loss to Monsanto (now Bayer) on May 14, 2021, when the court upheld a $25.3 million award against the company in Hardeman v. Monsanto.  The lower court’s decision awarded damages for personal injuries to plaintiff Edward Hardeman due to Monsanto’s knowledge and failure to warn him of the risk of non-Hodgkin lymphoma from Roundup exposure.  Monsanto argued unsuccessfully that the Federal Insecticide, Fungicide and Rodenticide Act (FIFRA) preempted the plaintiff’s claim that California’s Proposition 65 law required Monsanto to include a warning about Roundup’s carcinogenic risks on its label.  That requirement, according to Monsanto, conflicted with FIFRA because the EPA had determined via a letter that a cancer warning would be considered “false and misleading” under FIFRA. The Ninth Circuit disagreed that the EPA letter preempted the California requirements.

The Court of Appeals also held that the trial court did not abuse its discretion in allowing the plaintiff’s expert testimony.  Monsanto had challenged testimony from a pathologist whom it alleged was not qualified to speak as an expert.  But the court agreed that the witness testimony met the standard that expert opinions be “reliably based” on epidemiological evidence.

Monsanto also challenged the damages themselves.  The award in Hardeman included $20 million in punitive damages that the district court reduced from $75 million originally awarded by the jury.  While $75 million seemed “grossly excessive,” the appellate court reasoned, $20 million did not, especially considering Monsanto’s reprehensibility, because evidence of the carcinogenic risk of glyphosate was knowable by Monsanto.

The judge determined that the settlement would accomplish a lot for Bayer by reducing its litigation and settlement exposure, but it would greatly diminish the future settlement value of claims and “would accomplish far less for the Roundup users who have not been diagnosed with NHL (non-Hodgkin lymphoma)—and not nearly as much as the attorneys pushing this deal contend.”   The court also determined that the benefits of the medical assistance and compensation components of the settlement, to last for four years, were greatly exaggerated and vastly overstated.  The proposed stipulation to a science panel also received the court’s criticism. “The reason Monsanto wants a science panel so badly is that the company has lost the “battle of the experts” in three trials,” the court stated.  Concluding that “mere tweaks cannot salvage the agreement,” the court denied the motion for preliminary approval and advised that a new motion would be required if the parties could reach a settlement that reasonably protects the interest of Roundup users not yet diagnosed with non-Hodgkin lymphoma.

Bayer responded to the court’s rejection immediately with a “five-point plan to effectively address potential future Roundup claims.”  The plan includes a new website with scientific studies relevant to Roundup safety; engaging partners to discuss the future of glyphosate-based producers in the U.S. lawn and garden market; alternative solutions for addressing Roundup claims including the possible use of an independent scientific advisory panel; reassessment of ongoing efforts to settle existing claims; and continuing current cases on appeal.

Chlorpyrifos.  The insecticide chlorpyrifos also had its share of legal attention this spring. Chlorpyrifos was first registered back in 1965 by Dow Chemical but its use has dropped somewhat since then. Its largest producer now is Corteva, who announced in 2020 that it would end production of its Lorsban chlorpyrifos product in 2021.  That’s good timing according to the strongly worded decision from the Ninth Circuit Court of Appeals, which ruled in late April that the EPA must either revoke or modify all food residue tolerances for chlorpyrifos within sixty days.

The plaintiffs in the case of League of United Latin American Citizens v. Regan originally requested a review of the tolerances in 2007 based on the Federal Food, Drug and Cosmetic Act (FFDCA), which addresses pesticide residues in or on a food.  FFDCA requires EPA to establish or continue a tolerance level for food pesticide residues only if the tolerance is safe and must modify or rescind a tolerance level that is not safe.  Plaintiffs claimed the tolerances for chlorpyrifos are not safe based upon evidence of neurotoxic effects of the pesticide on children.  They asked the EPA to modify or rescind the tolerances.  The EPA denied the request, although that decision came ten years later in 2017 after the agency repeatedly refused to make a decision on the safety of the product.  The Obama Administration had announced that it would ban chlorpyrifos, but the Trump Administration reversed that decision in 2017.

Plaintiffs objected to the EPA’s decision not to change or revoke chlorpyrifos tolerance, arguing that the agency should have first made a scientific finding on the safety of the product.  The EPA again rejected the argument, which led to the Ninth Circuit’s recent review.  The Ninth Circuit concluded that the EPA had wrongfully denied the petition, as it contained sufficient evidence indicating that a review of the chlorpyrifos tolerance levels was necessary.  The EPA’s denial of the petition for review was “arbitrary and capricious,” according to the court.  “The EPA has sought to evade, through one delaying tactic after another, its plain statutory duties,” the court stated.

More to come.  While the spring held many legal developments in pesticide law, the rest of the year will see more decisions.  The Roundup litigation is far from over, and the same can be said for dicamba.  How will the EPA under the new administration handle pesticide review and registration, and the court’s order to address chlorpyrifos tolerances?  Watch here for these and other legal issues with pesticides that will outlive the spring.