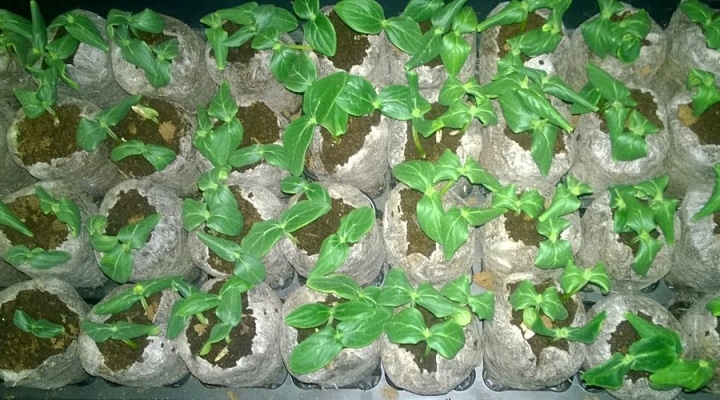 NC State’s Todd Wehner has been breeding better specialty crops, from cucumbers to melons, for over 40 years, and his latest work with stevia could lead to new opportunities for growers in North Carolina and beyond. (photo by jalexartis Photography, Creative Commons/flickr.com)

RALEIGH, N.C. — NC State’s Todd Wehner has been breeding better specialty crops, from cucumbers to melons, for over 40 years, and his latest work with stevia could lead to new opportunities for growers in North Carolina and beyond.

The nonprofit trade association, with members in about a dozen countries, bestowed the honor virtually on Oct. 20. The honor goes to those who make the greatest contributions to the advancement and protection of the pickle industry through their technical service, basic research or beneficial inventions.

As an example, Denlinger pointed to Wehner’s work in helping growers overcome downy mildew by developing varieties resistant to the devastating disease. Wehner’s released more than 90 cultivars and breeding lines. Some used a cucumber relative from the foothills of the Himalayas to develop nematode-resistant cucumbers.

The breeder has also contributed substantially to the science of plant breeding, publishing more than 220 journal articles and book chapters. He’s also trained more than 70 graduate students, visiting scientists and postdocs, some of whom are now leading public and private breeding programs around the world.

Former student Gabe Gusmini called Wehner an “empowering and supportive” advisor – more a mentor or coach than a boss.

“He gives a lot of freedom and independence to his students, but he’s always there, ready to support and help us with our work,” Gusmini added.

Gusmini, who formerly worked in research and development for PepsiCo and Syngenta, earned his Ph.D. under Wehner in 2005, and the two are working together now in a startup plant breeding venture, the Plant Pathways Co.

“Everybody in the plant breeding industry knows him as the reference point in plant breeding for training people professionally,” Gusmini said. “Most of them have ended up in high-level positions in companies. Many are leading worldwide breeding programs, some of them are executives in companies and some have started their own companies.”

Wehner sat down recently to discuss his approach to teaching, his work with the pickle and cucumber industries and his latest research on stevia.

You have a strong record in teaching and mentoring, especially with graduate students. Can you describe your approach to teaching?
When our graduate students leave, they have done every aspect of plant breeding and have practical, applicable skills that they can put to use right away when they arrive in industry. While at NC State, they’re going to learn the theory, but the focus is mainly on practical plant breeding – how you run the breeding program from start to finish, from collecting germplasm, all the way through trialing, seed production, disease screening, brinestock quality, shelf life … They get the full taste.

How does North Carolina cucumber production fit into the national pickle industry?
There are about 12,000 acres of cucumbers grown in North Carolina now, and the state remains important in the overall industry in the United States. Cucumbers are basically harvested year-round on the East Coast, starting out in Florida and running up all the way into Canada.

Picking starts in Florida in February, and they get to North Carolina sometime around June. Then they (the harvesting crews) run up through Delmarva and New York and, of course, Canada in August. Then they come back down. We pick again in September, then it moves back into Georgia and Florida. Because of this, you can basically get a fresh pickling cucumber supply all year long. There’s almost no gap.

What are some of the challenges that you’ve helped the pickle industry solve through your work as a breeder?
We kind of did everything – the whole plant breeding program, from germplasm collection to population improvement … to hybrid production.

We went to all the centers of diversity and collected germplasm. We had expeditions that went to Southern Africa and all over China and into Central Asia.

Then we surveyed the industry: what did they want? Then we evaluated all those 1,500 accessions (a group of related plant material collected at one time from a specific place) for all of the important traits and placed that into the U.S. Department of Agriculture germplasm system. Then we incorporated those traits into breeding lines.

One of those traits was nematode resistance. There’s a relative of cucumber called Cucumis sativus, botanical variety hardwickii. It’s terrible: It’s late, low-yielding, bitter, seedy, tough skin, with tiny fruit – the size of marbles. … It’s got everything you don’t want in a cucumber, and there’s almost nothing edible. We took the nematode resistance traits out of that and put them into cucumbers and released those, so now we have nematode resistance.

We also run public trials so they (farmers and their buyers) can see how the varieties perform. … We’ve designed machines to help small-scale research programs do more work with less money, and we’ve focused on developing more efficient testing and selection methods to help breeders tune up every aspect of their programs, making more progress using less time and money.

You’ve been focusing in recent years on breeding stevia. What is stevia and how did you get involved in breeding that plant?
Stevia is actually the only crop you can use right now that is a sugar replacement. There’s monk fruit, but it’s really hard to grow. … Stevia is a shrub from South America that you plant with transplants either from seeds or cuttings. You extract the steviosides and use them to sweeten your food. There are no calories, no cavities, no diabetes.

PepsiCo said, ‘Hey, can you help us with stevia?’ in 2014, so we started work on stevia. By 2019, it grew so much that it took over my entire program. We stopped working on cucumber and watermelon breeding that year. Now we are working on a new startup company.

Can you tell us more about the startup company?
It’s called Plant Pathways, and it’s a seed company specializing in improved varieties of stevia, but we may take on more crops once we start growing – maybe interesting crops that might not be covered by major seed companies. We’ll be creating facilities probably somewhere south of I-540. It’ll take us a while to buy a farm, build the greenhouses and buy the equipment.

Is there anything else you’d like to add?
I grew up in the San Francisco Bay area, and sometimes people ask me why I went into agriculture, rather than something more lucrative. … Well, everybody chooses what they want. I’ve enjoyed my career, and I never expected to be rich. I just expected to have fun – and I have.

Transplanting trees from the woods
November 15, 2020