Subscribe
Home / DelMarVa / A remedy for no-till’s side effects 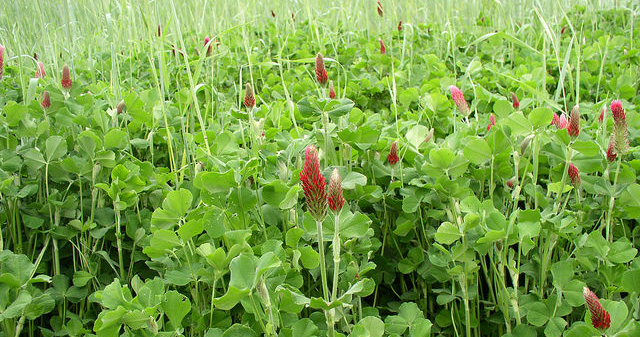 No-till systems decrease labor, conserve soil and water, retain nutrients, prevent erosion and foster an active, diverse community of insects that eat other things. It comes with its challenges, however. (U.S. Department of Agriculture, Flickr/Creative Commons)

RONKS, Pa. — The push to adopt no-till and its impact on farm ecosystems and watersheds has created a massive transformation over recent decades — including some effects we hadn’t prepared for. With a nationwide trend into no-till agriculture since 2000, 1/3 of US crops are now planted without tillage or with only minimal tillage. The Chesapeake Bay watershed in particular has been the focus of intense cover cropped no-till efforts, with the goal of improving bay water quality.

No-till systems decrease labor, conserve soil and water, retain nutrients, prevent erosion and foster an active, diverse community of insects that eat other things. It comes with its challenges, however.

Slugs are widely considered among the most challenging pests that no-tillers face. Leftover cover crop residue is great for soil but also becomes food and shelter for the pesky mollusks. Warmer and wetter conditions have also offered slugs a more hospitable environment in recent years.

Because the sheltering residue of cover crop residue also proves to be an important habitat for beneficial insects and natural slug enemies, how can we create the balance to get the many benefits of residue without too many of the drawbacks? Some experts are saying cut back on the chemical band-aids and the balance will start to restore itself.

Slugs, the scourge of no-till

The bad news for no-tillers, of course, is that tillage is the best way to control slugs. Because slugs are mollusks, insecticides aren’t usually effective against them, and there are few other direct, practical options for slug control. Some of the options out there that directly kill slugs include metaldehyde (useful if banded over the row, but easily washed away by rain), nitrogen solutions, and iron phosphate.

Slugs love canola, soybeans, alfalfa and small grains. They do well on dandelions. They will eat corn, but don’t love it, and shift to one of their preferred feed sources if it is available. This means, for example, that if you plant corn into a rye cover crop, the rye will draw the slugs away from feeding on the corn.

In Pennsylvania, eggs hatch in early May. During the summer, juveniles dive down into soil to cool off when it’s hot and dry. More adults will survive following a mild winter.

As hermaphrodites, every slug individual can be fertilized and lay eggs. This means that you have twice the population laying eggs that you would if there were distinct genders, and each individual can lay up to 500 eggs a year.

Looking for protections against soil that stays cooler and wetter under residue and the insects that take advantage of seed stagnation in these conditions, many no-till farmers turn to seed treatments like neonicotinoids – an extremely potent and toxic class of systemic insecticides used mostly at very small doses in treatments for corn and soybean seed.

Although studies have been ongoing and causal links are still debated, there is evidence linking neonicotinoids to toxicity in non-target species, including pollinators, birds, aquatic life and various types of beneficial insects.

As a recent article in Newsweek put it, neonicotinoids are “the millennials of the agrochemical world, with most being patented in the mid-1980s and early 1990s. When given jobs, the compounds squelch insect pest outbreaks, but as new arrivals, their societal influence remains undefined.” Although only a recent introduction to the farming world, many have become convinced that they cannot farm without them.

Seed treatments, like all insecticides, unfortunately don’t discriminate well between good and bad bugs. The very premise of treated seed runs counter to selectivity, since they are deployed preemptively, as “insurance” in case of bad conditions — not a remediation in times where pests reach an economic threshold.

Many farmers have found that neonicotinoids actually feed slug infestations because the insecticides have no effect on them, only on their insect foes.

Dr. John Tooker, entomologist at Penn State, has shown that there is greater predation of slugs in the absence of insecticides. Plus, he co-authored an often-cited study at Penn State University that revealed that slugs that had ingested soybeans treated with thiamethoxam in turn became toxic to the beetles that preyed upon them — the slugs themselves were unharmed, yet became poisonous food for their insect predators. According to Newsweek,

[Tooker’s] co-author, ecologist Maggie Douglas, says their discovery was a bit of an accident. Three years ago, Douglas was in a lab studying which beetle species are the best natural predators for slugs. She borrowed a few soybeans from a colleague as slug food, not knowing that they were precoated with the neonic thiamethoxam. “When I came back the next day, most of the ground beetles in the soil plots had died,” says Douglas. When they moved the experiment outdoors and into crop fields, they found that neonic-fed slugs killed 31 percent of nearby beetle predators during the first month of the growing season. With beetles out of the way, the slugs multiplied. And when the slug population exploded … Soybean densities dropped by 20 percent, and crop yields overall fell 5 percent. (http://www.newsweek.com/2015/02/06/slugs-are-eating-americas-farms-301763.html)

If slugs can ingest and become a vehicle for the toxic chemicals, it raises the question — what other pathways are there for the toxins to bioaccumulate up the food chain?

No-till, and especially no-till with cover crops, provides cover to beneficial insects that keep pests like slugs under control. Ground beetles and nematodes are the major enemies of slugs.

Use insecticides strategically as part of IPM — when scouting reveals damage that equals the cost of application. Insecticides end up in waterways (all waterways in Virginia near crop fields are likely to have insecticide contamination), cost money, create resistance in harmful pests, and do disproportionate harm to the beneficial insects, their natural enemies — leading to a resurgence of bad pests. Insecticides actually have the greatest efficacy when used as one tool in the pest control toolbox and used appropriately when needed. As soon as you remove insecticides from a field, the beetles will start coming back. Even you can’t eliminate them, being judicious with their use goes a long way, such as using them in the row rather than broadcasting them over the whole field. The more specific and targeted you can make the application, the better.

Lucas Criswell of Union County, Pennsylvania, is an example often held up for no-tillers. He has observed that clean fields provide only one option for insect food — the crop. So he uses rye planted between soybean rows and corn “planted green” into rye, and observes a proliferation of ground beetles. The rye is sprayed 1-7 days after planting corn, and slugs greatly prefer the decomposing rye as a food source. As the rye breaks down, nutrient availability actually improves. Amino acids are mobilized and become released as the plant dies. Criswell reports that he no longer uses neonicotinoid seed treatments, and sees significant savings on insecticides and herbicides over 700 acres by planting green and using IPM.

You’d think that the additional food source for slugs would make their populations skyrocket, but it also helps keep predators in place in the production field, reducing the need for insecticides. In other words, if you build it, they will come.

Consider that the seed treatment gives about two weeks of coverage but can linger in the soil up to two years. Some researchers suggest that as a side benefit, cover crops may actually pull the insecticides up out of the soil sooner.

All this reiterates the point that no-till alone is not enough, especially when the soil food web is taken into account. You need a rotation with a cover crop, not only to stabilize and feed soil, but to stabilize and feed the diverse animal kingdom underground. When this gets off balance, one species can easily predominate the rest, throwing the whole system into a death spiral.

Note: King’s AgriSeeds soybeans are not treated with neonicotinoids. King’s has also introduced a new line of KingFisher brand corn hybrids that are conventional (non-GMO), and is available as both untreated and treated without neonicotinoid products.

Historic farm buildings to be preserved