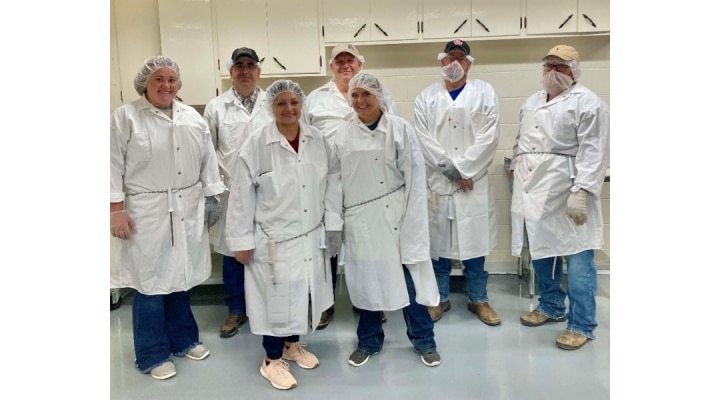 CURTIS, Neb. — Chad Schimmels recently had the opportunity to teach the teachers.

Schimmels, who in May completed his 25th year in teaching agriculture and advising the Eustis-Farnam FFA Chapter, was one of six instructors at a 2022 Ag Educators Boot Camp and Coaches Clinic in Curtis.

Ten teachers from Nebraska and Kansas high schools strengthened their credentials, curriculums and skills at a 4-day workshop. Short courses were led by faculty of the Nebraska College of Technical Agriculture.

Schimmels is a veteran of teaching and coaching FFA state champion teams and students for national contests in food science, meat science, crops and more.

He also is adjunct faculty for NCTA Meat Science lectures each spring.

“It was a demonstration in meat cutting, not intended for consumption but for teaching purposes,” Schimmels said. “We worked in the teaching lab at campus, not at a commercial USDA-inspected facility.”

“Some had done farm butchering. Some had taught ag classes for a few years, and for others it was new information,” he shared. “They asked a lot of questions and jumped right in, eager to learn.

“Doug and I adapted to what they wanted to learn,” Schimmels explained. “That was one of the neatest things in a workshop atmosphere. These were adults who were active learners. That was rewarding.”

For example, he pointed out adaptations for different species of meat animals. They discussed primal cuts and comparison between beef, pork and lamb in the demonstration. 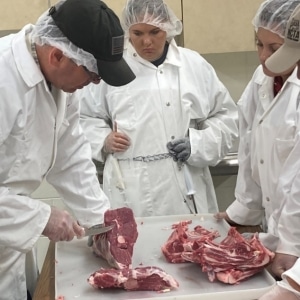 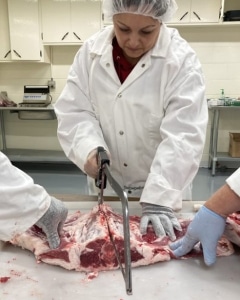 Schimmels says he enjoys teaching a variety of topics, refined through his academic path.

The native of northwest Oklahoma attended high school in southwestern Kansas. A scholarship took him to City Community College for an associate degree. Schimmels studied agricultural education and meat science, received a bachelor’s at Oklahoma Panhandle State University, then a master’s from the University of Nebraska-Lincoln.

He and wife, Angie, who studied early childhood education, originally were headed to run a ranch. “I got an Ag Ed degree because it was well rounded, I could do a lot with the degree.”

Twenty-five years later he is “teaching 12-year-olds to 22-year-olds,” he says.

A strong advocate for advanced education, Schimmels says community and technical colleges are ideal settings for rural students. He advises his students to find a best fit for their life goals.

“NCTA is a great opportunity with strong focus on academics and affordability.  It offers flexibility to learn from outstanding teachers. Students can return to farm or ranch, go directly into the workforce with excellent technical skills, or, if interested in pursuing more education. We always need more agricultural educators.”

Nebraska students often excel in national programs, in FFA Career and Leadership Development, on academic teams, or pursuing other career paths, he adds.

“Ag education is intra-curricular not extracurricular,” he adds. “Students are continuously applying what they learn in the classroom.”