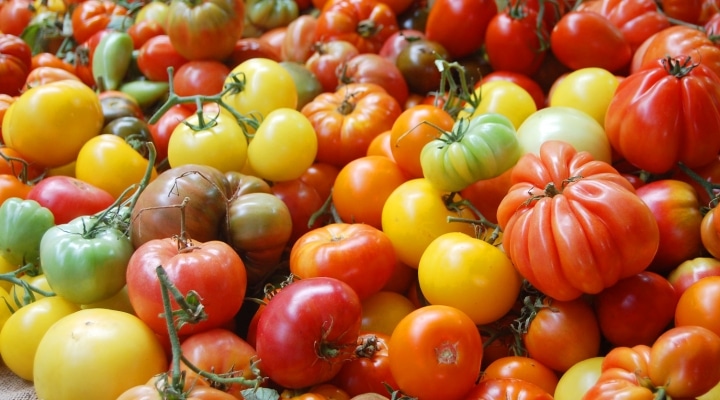 When vegetable farmers harvest crops, they often rely on postharvest washing to reduce any foodborne pathogens, but a new University of Georgia study shows promise in reducing these pathogens — as well as lowering labor costs — by applying sanitizers to produce while it is still in the fields. (photo by kim anh, creative commons/flickr.com)

ATHENS, Ga. — When vegetable farmers harvest crops, they often rely on postharvest washing to reduce any foodborne pathogens, but a new University of Georgia study shows promise in reducing these pathogens — as well as lowering labor costs — by applying sanitizers to produce while it is still in the fields.

Salmonella, Shiga toxin-producing E. coli and Listeria monocytogenes are major causes of foodborne diseases and of public health concern in the U.S. Tomato-associated Salmonella outbreaks reported to the Centers for Disease Control and Prevention have increased in frequency and magnitude in recent years, and fresh produce accounted for 21% of E. coli outbreaks reported to the CDC over a 20-year span.

Initially researchers were going to study the use of a nonchlorine-based sanitizer made of two food additives approved by the U.S. Food and Drug Administration — levulinic acid and sodium dodecyl sulfate — as a postharvest wash solution. However, at the suggestion of a producer involved in the study — Bill Brim of Lewis Taylor Farms in Tifton, Georgia — they designed the study using the solution in a preharvest spray, said Tong Zhao, associate research scientist with the Center for Food Safety on the UGA Griffin campus.

While producers commonly use chlorine-based disinfectants — including chlorine gas, sodium hypochlorite, calcium hypochlorite and chlorine dioxide — to treat produce postharvest, the preharvest application of bactericides is not a common practice, Zhao said.

In the field studies, the spray treatment significantly reduced the total bacterial population on the surface of tomatoes, determining that this preharvest treatment is a practical, labor-cost effective and environmentally friendly approach for the control and reduction of foodborne pathogens. The study was recently published in the journal Food Control.

“This combination of chemicals had never been used for preharvest treatment,” said Zhao, who studied the combination 10 years ago as an alternative to chlorine treatment as a postharvest wash. “Free chlorine is easily neutralized by organic material, which is a big problem when you are using it to reduce pathogens.”

To test the effectiveness of the chemicals in the lab as a preventative and as a treatment, tomato plants were separated into three equal groups then sprayed with the bacteria solution. The first group was treated with acidified chlorine as the positive control, the second with a treatment solution containing levulinic acid and sodium dodecyl sulfate as the test group, and the third treated with tap water only as the negative control.

For the three plots used for farm application testing, the positive and negative control groups were treated the same way, and a commercial product — Fit-L — was diluted according to the manufacturer’s description and used as the treatment solution. Before treatment studies on the farm, two concentrations of the treatment solution were tested for safety on tomato seedlings in the greenhouse.

Results from the studies showed that the application, used either as a preventative or as a treatment, significantly reduced the populations of inoculated Shiga toxin-producing E. coli, Salmonella and L. monocytogenes on tomato plants.

“I have to express appreciation to the Georgia Fruit and Vegetable Association for funding this and other research that is of benefit to agricultural producers in the state,” Zhao said.

In addition to being effective and affordable, preharvest treatment with levulinic acid and sodium dodecyl sulfate to reduce pathogens also saves labor costs for producers who need workers to perform postharvest washing and drying of produce before packaging.

“This method can easily be adopted using equipment that most farms are already using,” Zhao said. “Preharvest treatment is very effective, efficient and easy considering the amount of labor needed for postharvest washing.”

For more information on the UGA Center for Food Safety, visit cfs.caes.uga.edu.