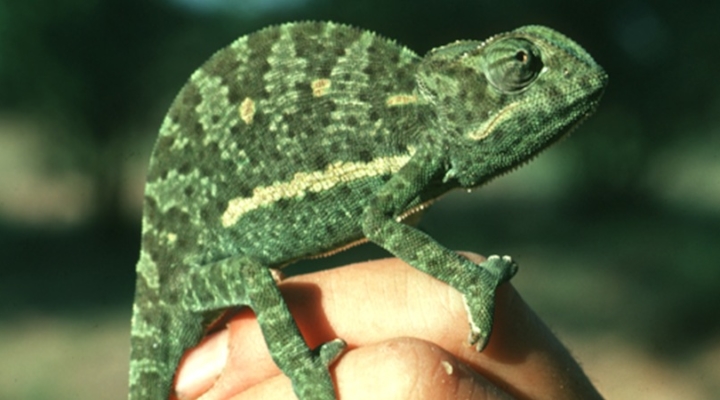 COLLEGE STATION, Texas — To many of us, the mere mention of a “periodic table” conjures up pop quizzes, dread and the queasiness associated with past ninth grade chemistry classes dealing with the famous element chart, but to a Texas A&M AgriLife Research scientist and his colleagues, the term has taken on a whole new meaning.

Dr. Kirk Winemiller and doctoral students Dan Fitzgerald and Luke Bower, scientists within the department of wildlife and fisheries sciences at Texas A&M University, College Station, and Dr. Eric Pianka, ecologist at the University of Texas, Austin, published a paper two years ago in the journal Ecology Letters, that proposed a rationale for periodic tables of niches and offered ways to create them.

That paper demonstrated the value of the approach by analyzing fish datasets collected by Winemiller. But the team didn’t stop there. “Our new report, which will appear in The American Naturalist in November, applied the new approach to a large and detailed data set for lizards,” Winemiller said.

The lizard data were collected over five decades by Pianka, the lead author of the new paper, and Dr. Laurie Vitt, a retired professor from the University of Oklahoma, who was the second author.

“This initial work provided a unique opportunity to develop a niche scheme for a large vertebrate lineage produced from a rich dataset based on Pianka’s lifetime of field research at locations around the world,” he said. “And as an aside, it was a nice collaboration among Aggies, a Longhorn and a Sooner.”

Winemiller said the value of developing periodic tables of niches stems from the tool having great potential for ecological applications, ranging from restoration ecology to forecasting biological responses to climate change.

“It’s not a new concept, because, as our paper points out, a Periodic Table of ecological niches could be constructed in a manner analogous to the chemists’ Periodic Table of Elements, a suggestion that was made more than 50 years ago.”

A periodic table arranges elements so that those with similar structures are grouped together in an arrangement useful for predicting their properties. In the case of a periodic table of niches, Winemiller said species are arranged based on their functional traits according various niche dimensions that describe how organisms respond to temperature, feed, reproduce, or defend themselves from disease and predators. The new article points out that ecological niches are so complex that the idea they could be ordered in a predictable way has long eluded ecologists. But despite the fact that niches are multidimensional and complex, statistical methods can arrange species within niche space according to limited sets of trait combinations.

To test the prediction, ecological data were gathered on 134 species representing 24 of the 38 lizard “families.” The researchers found many of the animals’ patterns were repeated within similar niches. Australian desert lizards solve problems in the same ways African and American lizards do, even when they are not closely related in strictly evolutionary terms.

The researchers found almost 62 percent of the world’s lizards fit into three basic ecological niches, which can then be further subdivided into more specialized niches. To more easily visualize the results, they produced rotating three dimensional graphics to demonstrate the constraints and tradeoffs in the evolution of lizard niches.

“These graphics make it easy to see which species overlap or separate out based on functional traits that define their ecological strategies,” Winemiller said. “We demonstrated that 100 lizard types, though only distantly related and from different parts of the world, remain clustered together as the niche space is rotated in the 3D graph, thus strongly supporting their close relationship within a periodic table of niches.”

Winemiller said extending the Periodic Table approach to other species could lead to a wider understanding of niche evolution in an easy to use and understandable way.